I thoroughly enjoy Biblical fiction so I was happy to accept a copy of The Runaway Heir by Janice Broyles from Historical Fiction Virtual Book Tours at no charge for my honest review. 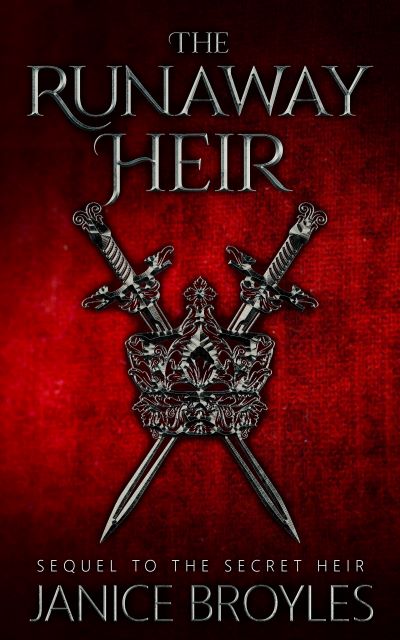 About The Runaway Heir:

In Ancient Palestine, Michal, a young Israeli princess, marries the man she loves, but it comes with a high price. She must spy on him and report back to her father, the notorious King Saul. Michal hopes her father will forget his animosity toward the giant-killing David, and that she and David can finally live a life of peace together. Unfortunately, her father comes to collect on Michal’s promise, and she is forced to choose between betraying her father or her husband. Her decision launches her life on a path she never expected. Michal and David are ripped apart for eight years. One is forced into a loveless second marriage, the other is forced to run for his life. If they can survive the vengeful King Saul, they may have a chance at restoring their love. But a lot can change in eight years, and Michal and David are not the same as they once were.

Janice Broyles is an award-winning author. She resides in Winston Salem, North Carolina, where she teaches at a local college. She spends the majority of her free time researching history and retelling fantastical stories. Luckily her husband and two sons understand her passion for history and making stories come alive. When not researching or writing, Janice Broyles enjoys spending time with her family and hanging out with her close circle of friends. The Runaway Heir is the second book to her David saga. The Secret Heir, released in 2018, is the first novel of the series. The Anointed Heir, the third book in the series, is set to be released by the end of 2020.

If you enjoy Biblical fiction this book is the second book of a series telling the tale of David (yes the David with the slingshot that killed the giant) and Michal. If you are not familiar with Bible stories then this is a tale of love found lost and found again.

Prophecy holds that David will be the next King after Saul and he swears his loyalty yet Saul feels threatened by David’s mere presence. He does not believe David when he says he is not out to usurp Saul only to honor him but Saul is falling into madness. Even when David joins the family through marriage it does not seem to calm matters – in fact it seems to exacerbate them. Soon David is in real danger. Despite Michal’s love for her husband and her father she cannot reconcile the two of them and soon she is forced to follow her father’s edicts and David is sent away.

Ms. Broyles brings the ancient world to vivid life with her descriptions and characterizations. I did not realize this book was part of a series and did not feel any lack for not having read the first book. I was only slightly familiar with the story of Michal and knew only the beginning and end of David’s story. This book certainly fills in the middle. The time period is brought to life from life in the desert to the wars of the time and the madness of King Saul. It’s at heart a love story dealing with the trials of trying to stay together when everything is pulling you apart.