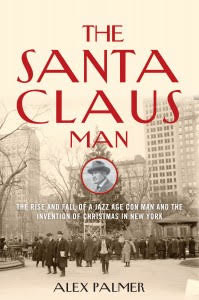 Miracle on 34th Street meets The Wolf of Wall Street in this true crime adventure, set in New York City in the Roaring Twenties.

Before the charismatic John Duval Gluck, Jr. came along, letters from New York City children to Santa Claus were destroyed, unopened, by the U.S. Post Office Department. Gluck saw an opportunity, and created the Santa Claus Association. The effort delighted the public, and for 15 years money and gifts flowed to the only group authorized to answer Santa’s mail. Gluck became a Jazz Age celebrity, rubbing shoulders with the era’s movie stars and politicians, and even planned to erect a vast Santa Claus monument in the center of Manhattan — until Gotham’s crusading charity commissioner discovered some dark secrets in Santa’s workshop.

The rise and fall of the Santa Claus Association is a caper both heartwarming and hardboiled, involving stolen art, phony Boy Scouts, a kidnapping, pursuit by the FBI, a Coney Island bullfight, and above all, the thrills and dangers of a wild imagination. It’s also the larger story of how Christmas became the extravagant holiday we celebrate today, from Santa’s early beginnings in New York to the country’s first citywide tree lighting to Macy’s first grand holiday parade. The Santa Claus Man is a holiday tale with a dark underbelly, and an essential read for lovers of Christmas stories, true crime, and New York City history.

Other holiday highlights found in The Santa Clause Man:

Author Alex Palmer has written for Slate, Vulture, Smithsonian Magazine, New York Daily News and many other outlets. The author of previous nonfiction books Weird-o-Pedia and Literary Miscellany, he is also the great-grandnephew of John Duval Gluck, Jr. 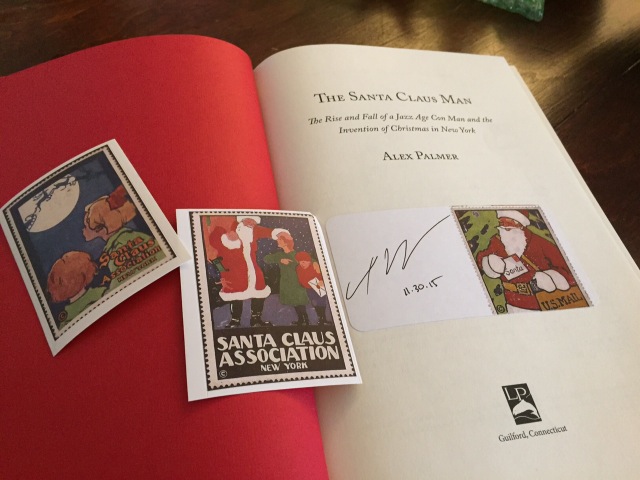 Special blog tour Christmas gift: Get a free Santa bookplate signed by the author, plus two vintage Santa Claus Association holiday seals. Just email proof once you buy The Santa Claus Man (online receipt, photo of bookstore receipt, etc.) along with the mailing address where you’d like the gift sent to santaclausmanbook[at]gmail[dot]com. Email before 12/21 to guarantee delivery by Christmas.
Yum
Share
Email
Alex PalmerThe Santa Claus Man
Meet Sarge of “Sarge’s Shenanigans” by Barbara and Dan Arnsan – with a Giveaway
Give the Gift of Fragrance with American Home™ by Yankee Candle® Brand