I was pleased to be contacted by Ms. Harvey to read the second book in her Peachtree Bluff Series. The Secret to Southern Charm picks up where Slightly South of Simple left off. I was quite happy to accept a free book for my honest review. 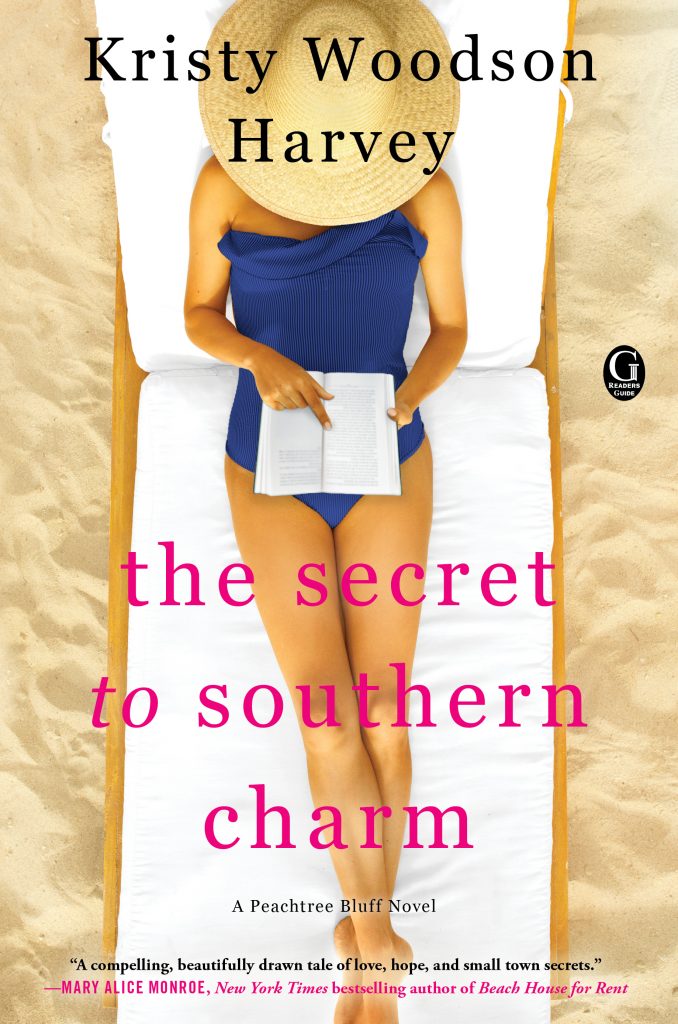 About The Secret to Southern Charm:

Leaving fans “practically [begging] for a sequel” (Bookpage), critically acclaimed author Kristy Woodson Harvey returns with the second novel in her beloved Peachtree Bluff series, featuring a trio of sisters and their mother who discover a truth that will change not only the way they see themselves, but also how they fit together as a family.

After finding out her military husband is missing in action, middle sister Sloane’s world crumbles as her worst nightmare comes true. She can barely climb out of bed, much less summon the strength to be the parent her children deserve.

Her mother, Ansley, provides a much-needed respite as she puts her personal life on hold to help Sloane and her grandchildren wade through their new grief-stricken lives. But between caring for her own aging mother, her daughters, and her grandchildren, Ansley’s private worry is that secrets from her past will come to light.

But when Sloane’s sisters, Caroline and Emerson, remind Sloane that no matter what, she promised her husband she would carry on for their young sons, Sloane finds the support and courage she needs to chase her biggest dreams—and face her deepest fears. Taking a cue from her middle daughter, Ansley takes her own leap of faith and realizes that, after all this time, she might finally be able to have it all.

Harvey’s signature warmth and wit make this a charming and poignant story of first loves, missed opportunities, and second chances and proves that she is “the next major voice in Southern fiction” (Elin Hilderbrand, New York Times bestselling author). 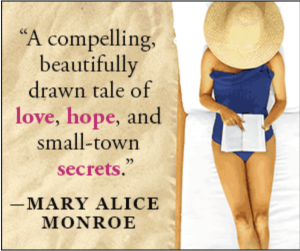 Kristy Woodson Harvey is a born-and-bred North Carolina girl who loves all four seasons—especially fall in Chapel Hill, where she attended college, and summer in Beaufort, where she and her family spend every free moment. The author of Slightly South of Simple, Dear Carolina, and Lies and Other Acts of Love, Kristy is also the founder of the popular interior design blog Design Chic.

I grew up at the beach so I guess that is why these books have a certain appeal to me given that I generally do not read “modern” fiction. I did enjoy the first book in the Peachtree Bluff series – Slightly South of Simple – so I suspected that the second book would also prove to be a good read. This book picks up where the first left off; I don’t want to give plot points away but the synopsis tells you that this book will circulate around Sloane and her missing in action husband.

The series is about a family of women – strong Southern women – and the house that calls them all together. Ansley is the magnet really. The mother to three daughters and the daughter to a mother that is slowly slipping away. The first book focused on one daughter while dancing around major aspects of Ansley’s life. This book does the same. While this book can stand alone, like most books that are part of a series the subsequent books are much richer for having read what came before.

Sloane is devastated by the receipt of the news that her husband is MIA in Iraq.  In this I found her to be a bit indulgent for lack of a better word. She has two very young children and yet after receiving word she goes to bed. For a month. She assumes her children are being cared for by her mother. She wallows in old love letters and videos of her husband. I get grief but she has children. This annoyed me to no end. I have difficulties with characters that I don’t understand and I didn’t understand this.

It got better once she got out of bed. Then the book revolved around dealing with the fact that life does go on, children do need care no matter how awful a hand you are dealt and there are other people in your life that have problems too.

It did make for the type of read that has you wanting to yell at people so in that Ms. Harvey has created very real characters that stay with you long after you have finished the book. Outside of Sloane’s main story Ansley’s romance that was developing in the first book moves forward and big life changes occur with her mother. The next book focuses on the third daughter Emerson. I will look forward to reading it.

Read my review of Slightly South of Simple