I am very pleased to welcome TLC Book Tours today with an excerpt from Susan Mallery’s latest book, The Vineyard at Painted Moon. Be sure to follow the tour for reviews and more. I have been enjoying Susan Mallery’s books since 2017 when I read Secrets of the Tulip Sisters. After that it was When We Found Home, then California Girls and The Summer of Sunshine and Margot. 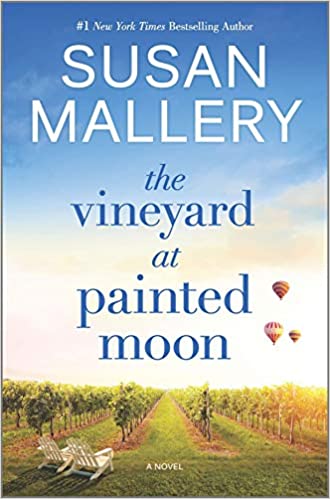 About The Vineyard at Painted Moon:

Step into the vineyard with Susan Mallery’s most irresistible novel yet, as one woman searches for the perfect blend of love, family and wine.

Mackenzie Dienes seems to have it all—a beautiful home, close friends and a successful career as an elite winemaker with the family winery. There’s just one problem—it’s not her family, it’s her husband’s. In fact, everything in her life is tied to him—his mother is the closest thing to a mom that she’s ever had, their home is on the family compound, his sister is her best friend. So when she and her husband admit their marriage is over, her pain goes beyond heartbreak. She’s on the brink of losing everything. Her job, her home, her friends and, worst of all, her family.

Staying is an option. She can continue to work at the winery, be friends with her mother-in-law, hug her nieces and nephews—but as an employee, nothing more. Or she can surrender every piece of her heart in order to build a legacy of her own. If she can dare to let go of the life she thought she wanted, she might discover something even more beautiful waiting for her beneath a painted moon.

No.1 New York Times bestselling author Susan Mallery writes heartwarming, humorous novels about the relationships that define our lives – family, friendship, romance. She’s known for putting nuanced characters in emotional situations that surprise readers to laughter. Beloved by millions, her books have been translated into 28 languages. Susan lives in Washington with her husband, two cats, and a small poodle with delusions of grandeur. 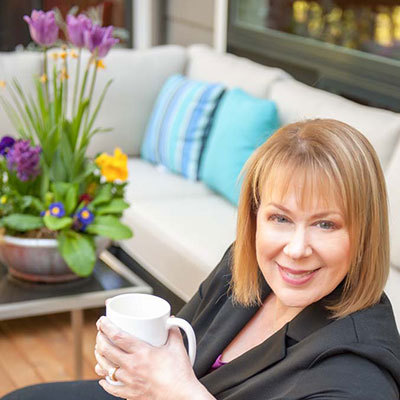 Excerpt from The Vineyard at Painted Moon:

As far as Barbara was concerned, the Four Seasons Hotel in downtown Seattle was just about
perfect. She loved the location, the views, the understated luxury, the staff. She always stayed at the
hotel when she came over for business or shopping, but these days the hotel seemed even more
wonderful than usual. A fact that had nothing to do with the hotel itself and everything to do with the
man who shared her room. 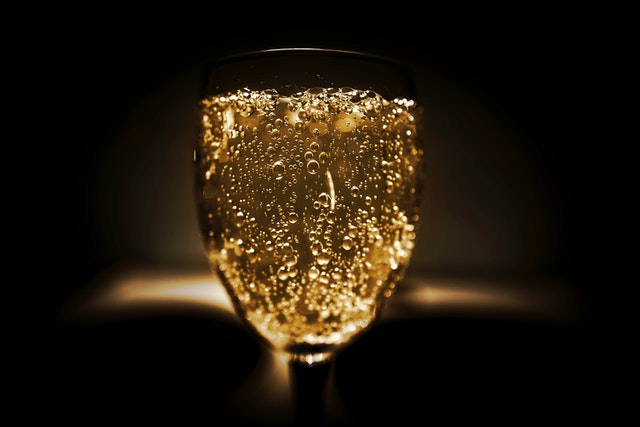 Giorgio, handsome in a hotel robe, pointed to the bottle of champagne resting in the ice bucket.
“More, my love?”
She waved her half-empty glass. “In a minute. I’m still trying to catch my breath.”
They’d checked in two days ago, after dropping Carson off at the airport. In that time, they’d
been to museums, seen a show at the 5th Avenue Theatre and tried new restaurants. But their
afternoon trip to Nordstrom had derailed when Giorgio had suggested they order in rather than shop.
After making love, they’d had champagne and small bites sent up to the room.

Decadent, she thought with a smile. It was barely one in the afternoon and she’d already had champagne and a man in her bed. Let the millennials have their avocado toast—she would take sex with Giorgio instead, any day. “What makes you so happy?” Giorgio asked.
She tucked her feet under her, adjusting her silk robe around her legs. “You.”
“Good. That’s what I want to do.”

She studied the lines in his face. She could see the man he’d been when he was younger. He would have been difficult to resist, she thought. Not just because he was attractive, but also because he was strong and caring. “Tell me about Beth Ann,” she said, thinking about how lucky his late wife had been to have so many years with him.
“What do you want to know?”
“Did you have a big wedding?”
He smiled. “We each came from a large Italian family. Yes, it was a big wedding. Three hundred
people. Grandparents, aunts, uncles, cousins, friends. The church was overflowing. Our mothers and
aunts cooked for days.” 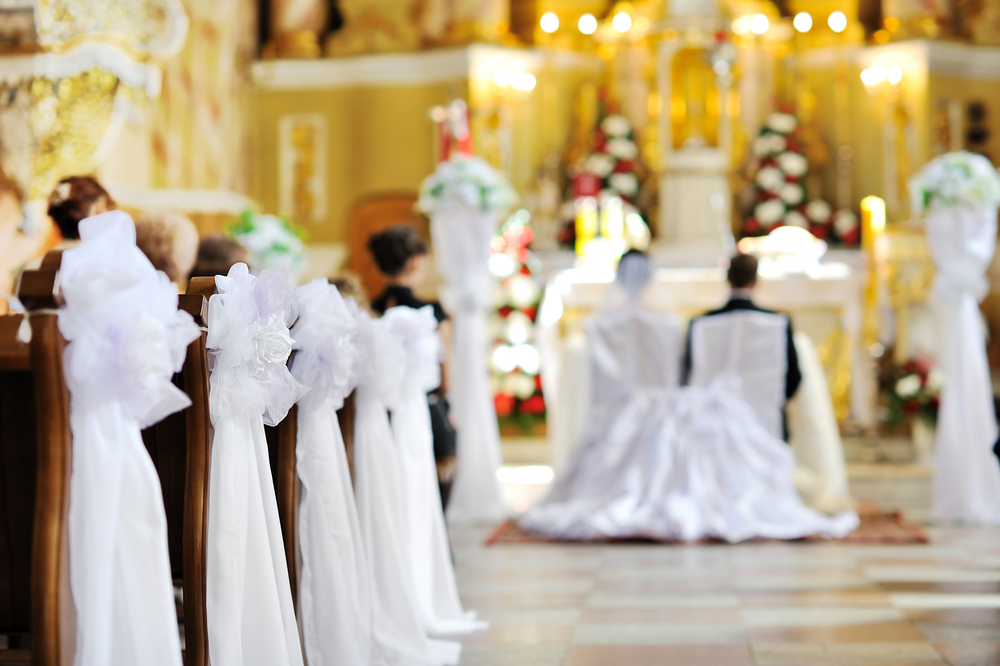 “That sounds nice.” She sipped her champagne. “James and I had a small wedding. I didn’t have
any family and we didn’t have any money. Do you mind if we have a big wedding?”
His eyes crinkled as he smiled at her. “Your happiness is my happiness, my love. I will be there
regardless. I’ve talked to my children and they are excited to fly in here.”
“Thank you for asking them.”
“Of course. You remember we’ll be flying to New York in a few weeks for Rosemary’s birthday.”
“I do. I’m looking forward to it.”

She’d met his children a few times on their quick visits back east. His two sons were running the
family business and his daughter was a pediatrician. Unlike her, he got to be proud of all his offspring.
“I’m thinking late fall or maybe over the holidays,” she said. “Everyone is too busy around
harvest and I don’t want to wait until the new year.”
“I agree. The sooner I claim you as mine, the better.”
She laughed. “I think you do plenty of claiming, Giorgio. Sometimes twice in a day.”
He grinned at her. “You know what I mean. I want to spend time with you, Barbara. Just the two
of us.” He waved his hand toward the walls of the suite. “I appreciate that we get away for a few days,
but that’s not enough.”
She held in a sigh. “You mean work.”
“I mean the lack of work. You said you’d start cutting back.”
She had said that, she reminded herself. She was supposed to be handing off her responsibilities
so she and Giorgio could travel. 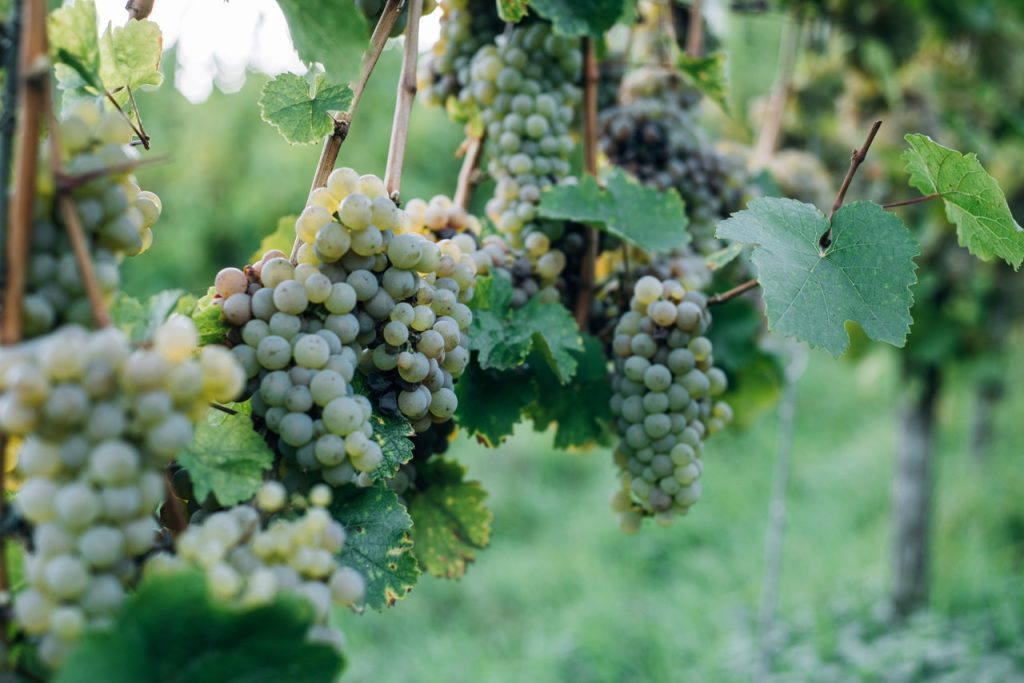 But who exactly could she trust to run the company? Rhys was busy managing the vineyards, Stephanie had an average skill set, at best. Lori would jump at the opportunity
but had the imagination of a flea, and Catherine wasn’t worth discussing.
“I should talk to Rhys about hiring someone to take over his job,” she said, thinking out loud.
“Then he could step in for me.”
“You haven’t talked to him about that yet?” Giorgio sounded more hurt than angry.
“I’ve meant to.”
He set down his champagne glass. “Barbara, do you want us to spend more time together?” “Of
course. We’ve talked about traveling together. I look forward to that.” He took her hand in his. “Then I’ll
make you a deal. You plan the wedding of your dreams and I’ll do the same with the honeymoon.”

All of which sounded perfectly fine, she thought warily, but wasn’t the same thing at all.
“What did you have in mind?” she asked, trying not to sound cautious.
He slid closer. “I’ve been thinking about a cruise.”
“I’ve never been on a cruise.”
“You’ll love it. I’ll find a wonderful itinerary. I was thinking of Australia and the South Pacific.
Maybe we can sail from Los Angeles.”
He lowered his head and began to kiss along her neck.
“From Los Angeles,” she said, trying to ignore the tingles and heat he evoked. “That’s a long
cruise.”
“Two months.” “What?” she asked with a yelp.
“You want us to be gone for two months?”
He straightened and smiled. “No, three months. After that we’ll fly to Italy and rent a villa, then
explore.” 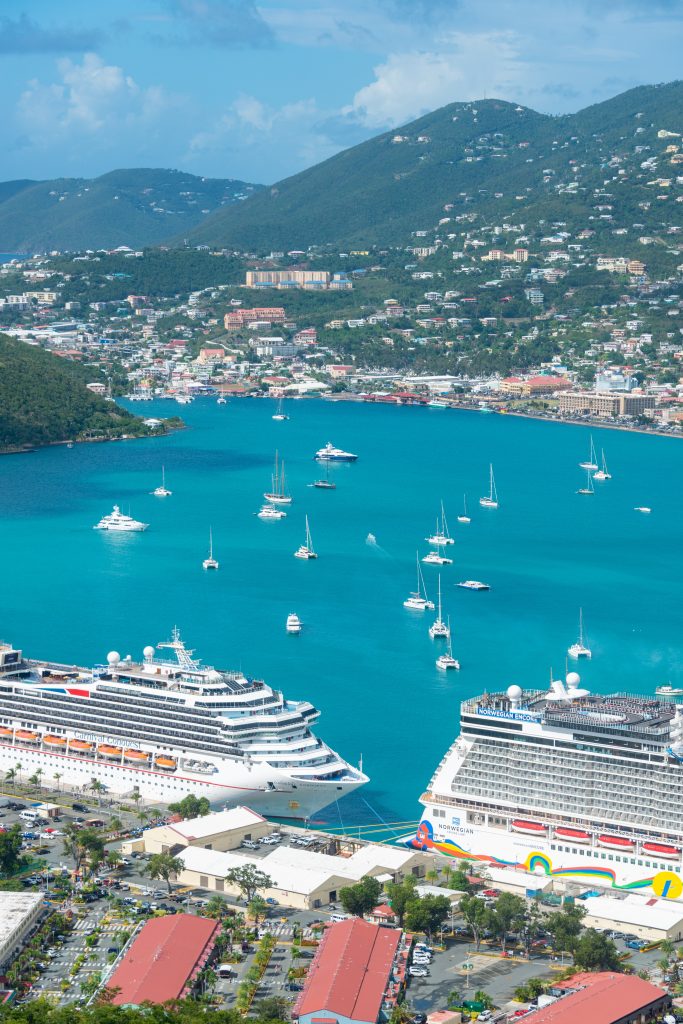 Three months! Was he insane?
“I can’t be gone that long,” she began. “Bel Après needs me.”
He took her champagne glass from her and set it on the coffee table. “You have good people,
my love. Give them room to succeed.”
Which sounded like something Catherine would say, she thought, fighting a flash of annoyance.
“Three months is ridiculous,” she told him.
He untied her robe. When he put his hands on her,  she was much less interested in the
argument.
“We need to talk about this,” she said, but without much conviction.
“We will,” he promised as his mouth settled on hers.
She really should insist they talk now, she told herself, then decided it could wait. It seemed
that lately sex was always the answer, and why would she want to change that?

To read the whole story please purchase The Vineyard at Painted Moon at Amazon.com