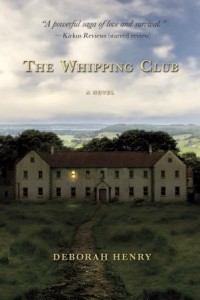 • Paperback: 312 pages
• Publisher: T.S. Poetry Press (February 2, 2012)
Marian McKeever and Ben Ellis are not typical young lovers in 1957 Dublin, Ireland; she’s Catholic and teaches at Zion School, and he’s Jewish and a budding journalist. The two plan to wed, but their families object to an interfaith marriage. And when Marian becomes pregnant, she doesn’t tell Ben. Coerced by Father Brennan (a Catholic priest who is also her uncle), Marian goes to Castleboro Mother Baby Home, an institution ruled by Sister Paulinas and Sister Agnes where “sins are purged” via abuse; i.e., pregnant girls are forced to mow the lawn by pulling grass on their hands and knees. Marian is told that her son, Adrian, will be adopted by an American family.
The riveting storyline provides many surprises as it fast-forwards to 1967 where Marian and Ben are married and have a 10-year-old daughter. Marian’s painful secret emerges when she learns that her son was dumped in an abusive orphanage not far from her middle-class home and Sister Agnes is his legal guardian. Thus begins a labyrinthine journey through red tape as the couple fight to regain their firstborn child. Ultimately, 12-year-old Adrian is placed in the Surtane Industrial School for Boys, which is rife with brutality and sexual abuse at the hands of “Christian Brother Ryder.”
Though unchecked church power abounds, this is not a religious stereotype or an indictment of faith. Hateful characters like Brother Ryder are balanced with compassionate ones, such as a timid nurse from the Mother Baby Home. Father Brennan deepens into a three-dimensional character who struggles to do what is right. Henry weaves multilayered themes of prejudice, corruption and redemption with an authentic voice and swift, seamless dialogue. Her prose is engaging, and light poetic touches add immediacy. For example, when Marian returned to Mother Baby Home after 11 years, she “opened the car door and stepped onto the gravel, wanting to quiet its crunch, like skeletons underneath her shoes.”
Echoing the painful lessons of the Jewish Holocaust, Henry’s tale reveals what happens when good people remain silent.

Deborah Henry attended American College in Paris and graduated cum laude from Boston University with a minor in French language and literature. She received her MFA at Fairfield University. She is an active member of The Academy of American Poets, a Board member of Cavankerry Press and a patron of the Irish Arts Center in New York.
Curious about the duality of her own Jewish/Irish heritage, Henry was inspired to examine the territory of interfaith marriage and in so doing was led to the subject of the Irish Industrial School system. She has traveled to Ireland where she has done extensive research and interviews, including those with Mary Raftery (States of Fear documentary filmmaker and co-author of Suffer the Little Children) and Mike Milotte (award-winning journalist), as well as first-hand reports from the survivors of the Magdalene Laundries, Mother Baby Homes, Orphanages and the Industrial Schools.
Her first short story was published by The Copperfield Review, was a historical fiction finalist for Solander Magazine of The Historical Novel Society and was longlisted in the 2009/10 Fish Short Story Prize.
The Whipping Club is her first novel. She lives in Fairfield, Connecticut with her husband and their three children. She is currently at work on her next book.
Website | Facebook | Twitter

Where to begin? I was drawn to this tale of a young Catholic girl in Ireland in love with a Jewish boy. Just as she is to meet his family she finds she is pregnant. It’s the ’50ies and interfaith marriage is challenging enough but sex before said marriage. Uh-uh. Of course our heroine, Marian finds herself pregnant and with the advice and help of her Uncle, a priest she hies off to a home for unwed mothers run by nuns. It turns out to be a prison like estate where the fallen girls are mistreated and browbeaten for their wantonness.

Ultimately Marian marries her Ben and they settle into life and have a daughter, Johanna. All seems right with the world until Nurse, a woman from Marian’s past comes to the house to tell her that her son, Adrian is not with a family in America as she thought but rather in a Dublin orphanage and not doing so well. Marian confesses to Ben and seeks custody of their son only to find that the Catholic church and the laws of Ireland are very much against their regaining their own child.

A powerful tale eh? So much possibility. The horrors of the Catholic church. The evils it teaches, the power it held. The guilt of a mother. This could have been an excellent book. But for me it wasn’t. The characters were all unlikable; Marian never changed. She was a whiny, unthinking woman who neglected her current family in the  trials to regain her son. Ben a man of all the typical Jewish stereotypes who wanted to make peace wherever he could until the end. Johanna, a truly unpleasant child. Father Brennan, Marian’s protector but only concerned with appearances. Then there were the nuns and priests at the orphan schools and orphanages – I’m sure the evils portrayed occurred but these were caricatures instead of characters.

The book was dark upon dark upon darker. There was minimal nuance and little hope. And the title? Good god! Was it to cause buzz? It comes from one small piece of the book and has minimal bearing on the story.

Ugh! It really could have been so much more and I am disappointed.

You can purchase The Whipping Club on Amazon.com

Disclosure:  I received a copy of The Whipping Club from TLC Book Tours gratis. Any opinions expressed are my honest opinions and were not impacted by my receipt of the free book. I received no monetary compensation for this post.