I received a worm composting bin free from The SquirmFirm for my honest review. I received no other compensation for this post.

I wrote previously of my excitement about receiving a worm composting bin from The SquirmFirm. The one thing we had to wait for were the squiggling occupants of said bin. Did you know you could order worms and get them in the mail? I guess if I had thought about it I would have considered it no different than our annual chick order – only much, much quieter. 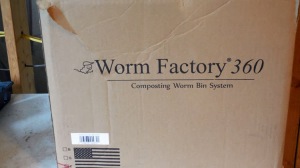 When the big box arrived from The SquirmFirm we wanted to get everything ready for the arrival of the worms. 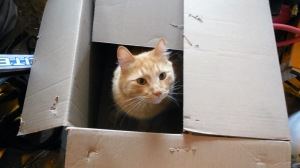 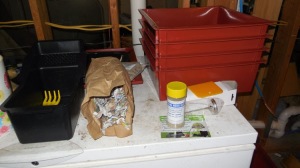 The SquirmFirm sends you everything you need to get ready for your worms. (Cat not included.) We got it ready to go and then we ordered the worms. An email was sent to let us know when they would arrive so the little squirmers wouldn’t freeze out in the mailbox. The box came, we opened it up and – 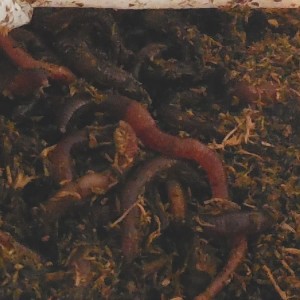 – WORMS! Lots and lots of red wriggler worms. Personally, I was glad it was not morning. I am not good with things like this in the morning. heh

Time to build them an environment!
The kit came with a very detailed and easy to read book on how to set up and care for your worm factory. Hubby is the gardener so these are his babies. They are living in the basement where it is cooler. So here is how to set up your worm farm in photos (with captions when necessary): 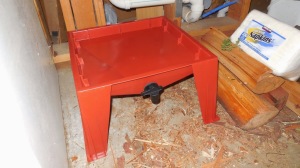 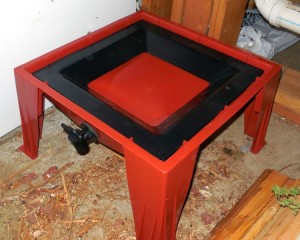 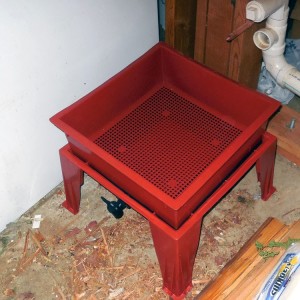 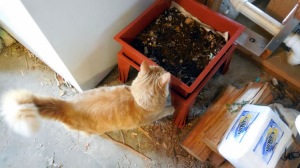 Make sure you inspect it well before you add your worms! We never lack for snoopervision around here. 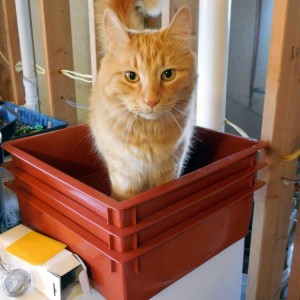 Do we Sherpa?
Ah-hem.

Now your environment is ready for your worms. Put them in and feed them! They like green things and other throw away stuff. But not too much in the way of acidic foods like onions and tomatoes and no meat. We are saving eggshells to give them and they are getting kale leavings too! Put the drip tray under the little faucet thing to collect any liquid that comes out. 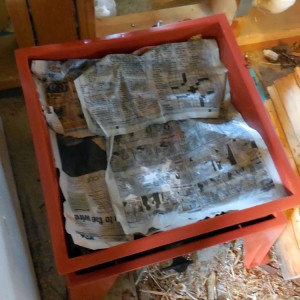 Cover it all up with wet newspaper and then cover the box. The book says it’s good to leave the light on where they are staying so they don’t escape. The worms will want to stay where it’s dark. 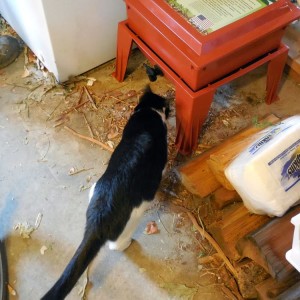 Leave them alone for several days to acclimate to their environment. We basically ignored them for the first three or four days but then when we checked on them after that they were doing just fine! Of course the feline inhabitants of the household kept a close eye on them. Well, on the composting bin anyway. Nothing gets by the cats.

Now it’s just a matter of keeping them fed and happy until it’s time to put the next level on the bin. Hubby is very happy with the worm composting bin and he said the book that came with it is exceptional. It’s full of lots of information and it made it very easy for him to set up the bin. Our little worms are thriving he’s excited to have another tool to make our gardens grow all of the yummy fruits and vegetables to keep us fed all year long.

You can learn more by visiting The SquirmFirm.
You can also find them on Facebook and Twitter.

Disclosure:  I received a worm composting bin free from The SquirmFirm for my honest review. I received no other compensation for this post.