I received a free copy of Three Sisters, Three Queens for my honest review. 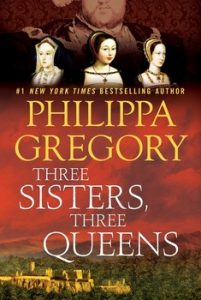 “There is only one bond that I trust: between a woman and her sisters. We never take our eyes off each other. In love and in rivalry, we always think of each other.”

When Katherine of Aragon is brought to the Tudor court as a young bride, the oldest princess, Margaret, takes her measure. With one look, each knows the other for a rival, an ally, a pawn, destined—with Margaret’s younger sister Mary—to a sisterhood unique in all the world. The three sisters will become the queens of England, Scotland, and France.

United by family loyalties and affections, the three queens find themselves set against each other. Katherine commands an army against Margaret and kills her husband James IV of Scotland. But Margaret’s boy becomes heir to the Tudor throne when Katherine loses her son. Mary steals the widowed Margaret’s proposed husband, but when Mary is widowed it is her secret marriage for love that is the envy of the others. As they experience betrayals, dangers, loss, and passion, the three sisters find that the only constant in their perilous lives is their special bond, more powerful than any man, even a king.

Born in Kenya in 1954, Philippa Gregory moved to England with her family and was educated in Bristol and at the National Council for the Training of Journalists course in Cardiff. She worked as a senior reporter on the Portsmouth News, and as a journalist and producer for BBC Radio.

Philippa obtained a BA degree in History at the University of Sussex in Brighton and a PhD at Edinburgh University in 18th-century literature. Her first novel, Wideacre, was written as she completed her PhD and became an instant worldwide bestseller. On its publication, she became a full-time writer.

Wideacre was followed by a haunting sequel, The Favoured Child, and the delightful happy ending of the trilogy: Meridon. This novel was listed in Feminist Book Fortnight and for the Romantic Novel of the Year at the same time.

Her next book was The Wise Woman, a dazzling, disturbing novel of dark powers and desires set against the rich tapestry of the Reformation. Then came Fallen Skies, an evocative realistic story set after the First World War. Her novel A Respectable Trade took her back to the 18th century where her knowledge of the slave trade and her home town of Bristol explored the human cost of slavery. Gregory adapted her book for a highly acclaimed BBC television production which won the prize for drama from the Commission for Racial Equality and was shortlisted for a BAFTA for the screenplay.

Next came Earthly Joys and Virgin Earth, based on the true-life story of father and son both named John Tradescant working in the upheaval of the English Civil War. In these works Gregory pioneered the genre which has become her own: fictional biography, the true story of a real person brought to life with research and verve.

The jewel in the crown of this new style was undoubtedly The Other Boleyn Girl, a runaway bestseller which stormed the US market and then went worldwide telling the story of the little-known sister to Anne Boleyn. Now published globally, this classic historical novel won the Parker Pen Novel of the Year award 2002 and the Romantic Times fictional biography award. The Other Boleyn Girl was adapted for the BBC as a single television drama and by Sony as a major motion picture starring Scarlett Johansson as Mary Boleyn, Natalie Portman as Anne Boleyn and Eric Bana as Henry VIII.

After adding five more novels to her Tudor Court series including The Constant Princess and The Queen’s Fool, two of her best-loved works, Philippa moved back in time to write about the family that preceded the Tudors, the Plantagenets. Her bestselling six-book Cousins’ War series tells the story of the bloody struggle for the throne in the Wars of the Roses from the perspective of the women behind the scenes. The White Queen, The Red Queen and The Kingmaker’s Daughter were adapted by the BBC and Starz in 2013 as the hugely popular TV miniseries The White Queen.

Having completed The Cousins’ War series with The King’s Curse, Philippa has come full circle back to the Tudor court. Her latest novel is about Margaret Tudor, the older sister of Henry VIII: Three Sisters, Three Queens. Her other work in progress is the young adult series The Order of Darkness, set in medieval Italy after the fall of Constantinople, feared at the time to be a sign of the end of the world.

A regular contributor to newspapers and magazines, with short stories, features and reviews, Philippa is also a frequent broadcaster, a regular contestant on Round Britain Quiz for BBC Radio 4 and the Tudor expert for Channel 4’s Time Team. As well as her extensive array of historical novels she has written modern novels, children’s books, a collection of short stories, and a non-fiction book with David Baldwin and Michael Jones: The Women of the Cousins’ War.

She lives in the North of England with her family and in addition to interests that include riding, walking, skiing and gardening (an interest born from research into the Tradescant family for her novel Virgin Earth) she also runs a small charity building wells in school gardens in The Gambia.

I had read a few of the other books in Ms. Gregory’s Cousins’ War series so I was pleased to be able to delve into this one about the three Queens that circled Henry VIII at the start of his reign; Katherine of Aragon, his sister Mary who became Queen of France for a short while and the main character in the book – Margaret Tudor, Queen of Scotland.

Although the book title leads one to believe the story will be about the three girls it is Margaret’s story. Katherine and Mary play very minor roles and that was my first disappointment. I was expecting a fully developed story about all three women and I didn’t get that but had I gotten a rewarding story about Margaret I would have  forgiven the overselling of the title but I didn’t. I got a book that I finished only to see if it would find itself and improve. It did – but only marginally.

I don’t know if the problem was the lack of source material to draw from so as to create a fully developed character or what but the Margaret presented was a petulant, spoiled brat. Certainly not what one would expect of a woman reared in this time period to be a Queen. Her biggest concerns seemed to be who walked first into dinner, who had the most jewels and who got to eat under the cloth of estate.

It was most tiresome that no matter what happened to her or hers the concerns and whining remained the same; she lost her babies, she lost her husband, she lost her country. Who cares? She just wants her goods, her clothes, her jewels and her precedence. It did not make for a very satisfactory read when the main character does not grow. Margaret never became likable and even in her worst circumstances barely became someone to care about.

The writing had its moments but it too was repetitive much like Margaret’s complaints. I hate to write this as I so enjoyed the other books I read in this series. I wish I could understand why this book is so much less than the others.

Other Books by Philippa Gregory: 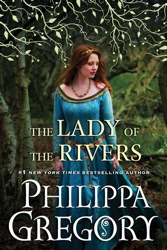 Book Review: The Lady of the Rivers by Philippa Gregory 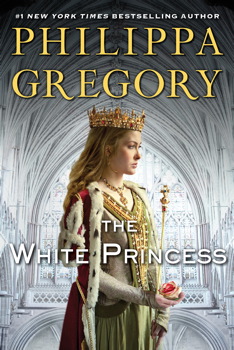 I received a free copy of The White Princess from the publisher for my honest review. About the Book: Caught between loyalties, the mother of the Tudors must choose between the red rose and the white. Philippa Gregory, #1 New York Times best­selling author and […] 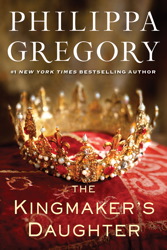