The hubby is trying to lose some weight. He has started running again – which is an activity that he loves and has done for most of his adult life. He stopped because of some knee problems but he has found shoes and exercises that have helped.


He used to eat breakfast and then not eat again until dinner. Those of us that have gone through the weight loss plans and diets know that this is not the way to go. I told him but of course it was not good information until he read it in a book somewhere.


Lo and behold he now wants something to take to work and to have around the house for a light lunch. He wants to eat every few hours to keep himself fueled. Gee, where did he hear that before?


I have started making him muffins. I have a lot of frozen, shredded zucchini and carrot so I have taken some basic recipes and played around with them until I find myself with low fat versions that I have bulked up with oats or oat bran. He’s a happy man.


So here are my low fat carrot muffins.


In one bowl goes: 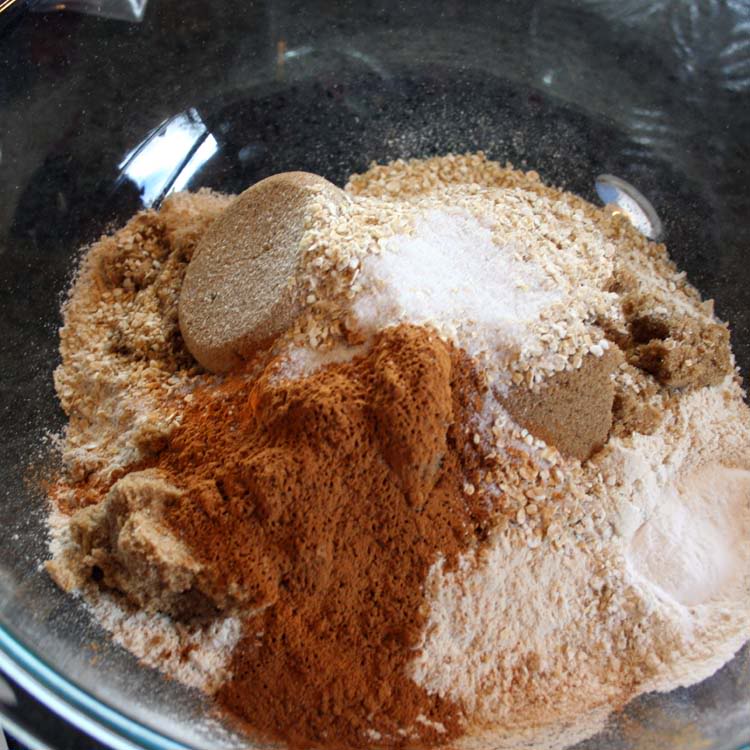 I mix this thoroughly being sure to get the raisins coated with flour. This way they won’t all sink to the bottom of the muffins.


In a second bowl goes: 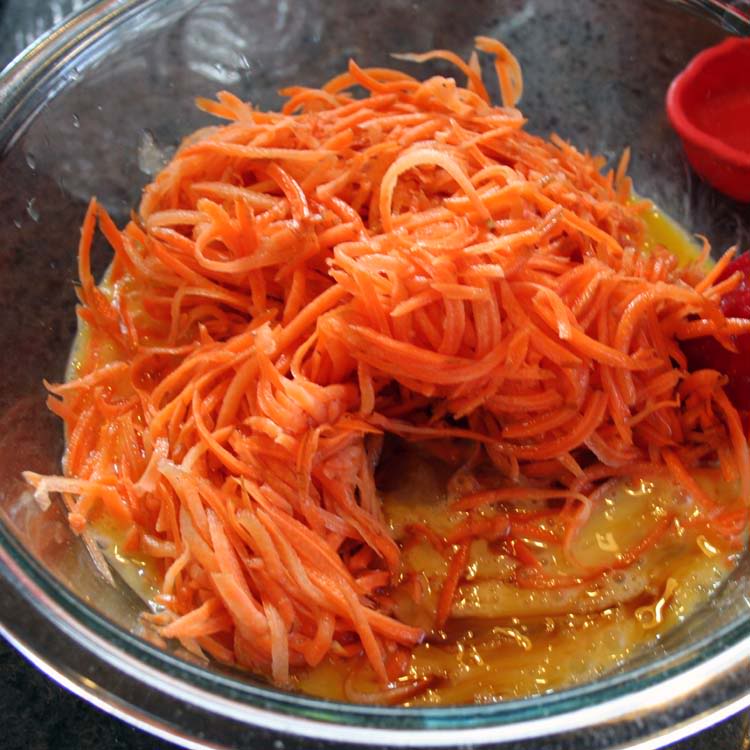 I mix this all together.
I add the wet ingredients to the dry. 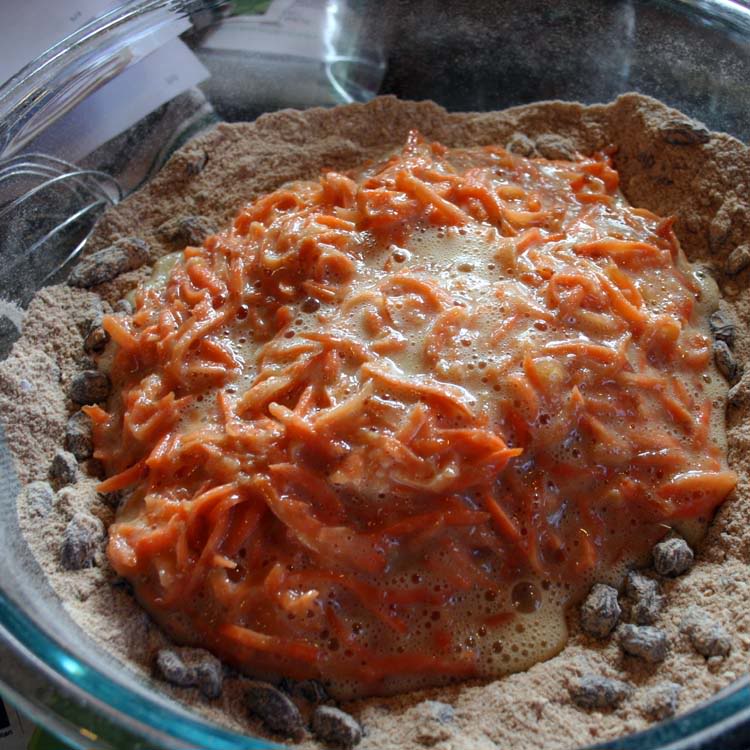 Now I know that looks like something the cat haucked up but hey, it’s shredded carrot with egg. What do you expect?


Then mix the two until they just come together. You never want to over mix muffin batter or the muffins will be tough. 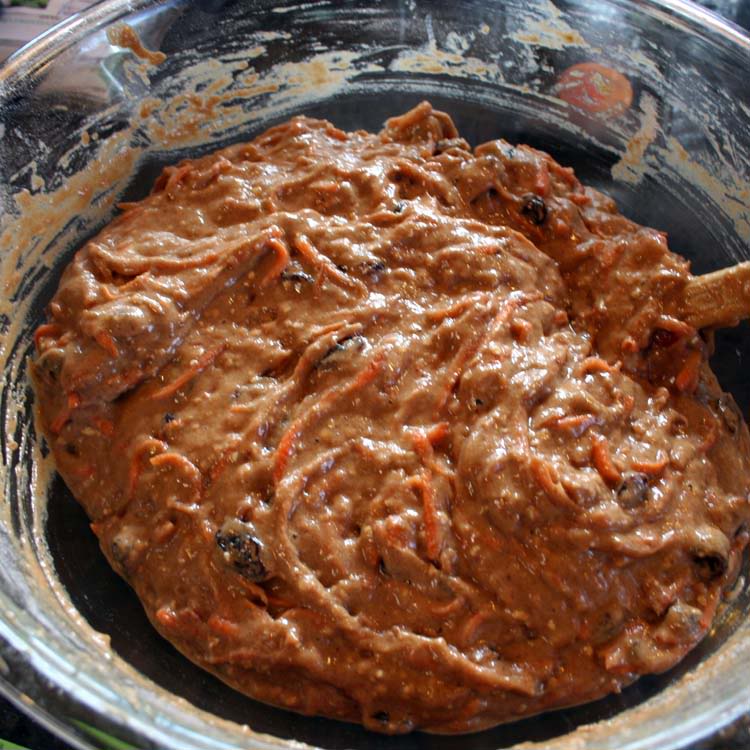 Line a cupcake pan with liners and spray with cooking spray. I use a scooper to put the batter into the liners. 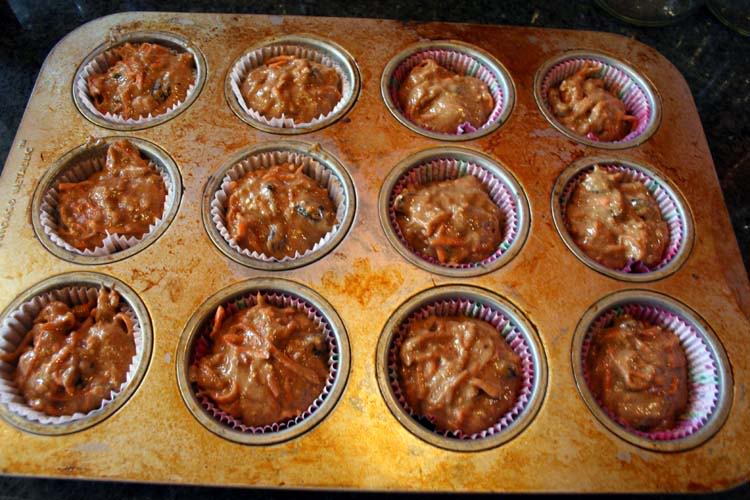 Now, I topped his with some toasted walnuts ’cause he asked me to but you don’t have to add them. The nuts do add some fat but it’s a healthy fat.


Into the oven they go for about 22 minutes. I check them at 18 to see how they are doing. 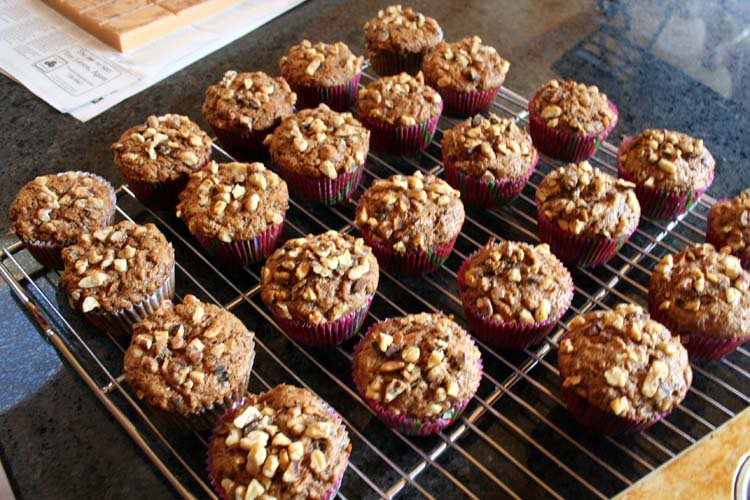 They came out nice and brown.
I, of course had to try one for the sake of the blog…..


They were delicious. I did not miss the oil at all. The applesauce made them nice and moist and the chunks of apple were a pleasant surprise. I have also made them with regular applesauce and they are just as tasty.