Wars of the Roses: Stormbird by Conn Iggulden – Book Review 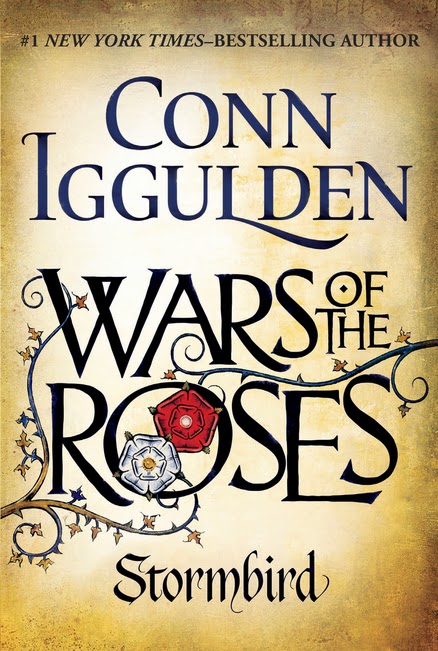 The first book in #1 New York Times–bestselling author Conn Iggulden’s brilliant new historical series about two families who plunged England into a devastating, decades-long civil war.In 1437, the Lancaster king Henry VI ascends the throne of England after years of semi-peaceful regency. Named “The Lamb,” Henry is famed more for his gentle and pious nature than his father’s famous battlefield exploits; already, his dependence on his closest men has stirred whispers of weakness at court.           A secret truce negotiated with France to trade British territories for a royal bride—Margaret of Anjou—sparks revolts across English territory. The rival royal line, the House of York, sees the chaos brought on by Henry’s weakness and with it not only opportunity in the monarch, but also their patriotic duty in ousting an ineffectual king. As storm clouds gather over England, King Henry and his supporters find themselves besieged abroad and at home. Who or what can save the kingdom before it is too late?

I was born in the normal way in 1971, and vaguely remember half-pennies and sixpences. I have written for as long as I can remember: poetry, short stories and novels. It’s what I always wanted to do and read English at London University with writing in mind. I taught English for seven years and was Head of English at St. Gregory’s RC High School in London by the end of that period. I have enormous respect for those who still labour at the chalk-face. In truth, I can’t find it in me to miss the grind of paperwork and initiatives. I do miss the camaraderie of the smokers’ room, as well as the lessons where their faces lit up as they understood what I was wittering on about.  See more on the Author’s Website.

I have read many a book by this point in my life about the time period known as the War of the Roses or the Cousins War – however you want to refer to the war the consumed England between Lancaster and York over the throne. I’ve read books from the point of view of a specific cousin or other ancillary character. I’ve read books about specific events within the whole. I’ve read books covering the entirety of the whole messy period. I don’t begin to purport to be any kind of expert but it is a period that fascinates – not just me but many people. That is why when I was given the opportunity to read this first book in a trilogy about the time period I jumped on it.  Sadly it did not live up to others I have read and it left me a tad disappointed.

Mr. Iggulden introduces a spymaster for Henry VI – a Derry Brewer who is a commoner and he is practically running the country. He talks down to all around him but the King and seems to know no bounds. Mr. Brewer always claims to be doing what is best for England and his King but one wonders.

My biggest problem with the book wasn’t Mr. Brewer. It simply felt like the author was trying to cram in every single action that occurred during the period and compress it into a shortened timeline. It made the story choppy and all over the place. Then you add in the fictionalized bits and characters and suddenly you wonder what the heck is going on.

I didn’t read the book by itself. I actually read another book while reading this one as it just didn’t hold my interest. It’s a shame as it is a fascinating time in England’s history.

You can preorder Wars of the Roses: Stormbird on Amazon.com (releases 7/8/14)

Yum
Share
Email
Conn Igguldenhistorical fictionWars of the Roses: Stormbird
The Farm Animals are Ready to Celebrate with TractorSupply
One Evening in Paris by Nicolas Barreau – Spotlight and Book Giveaway