It was very exciting to attend the 10th Anniversary BlogPaws Conference. It was a time of celebration and a time of change as BlogPaws has been acquired by Chewy®. I’d like to share a bit with you about my experiences at this conference and what BlogPaws has meant to me over the years.

I am a BlogPaws® Conference Sponsored Blogger on behalf of Chewy.com. I am being compensated to help share information about the BlogPaws 10th Anniversary Conference and Chewy.com with my readers and fellow influencers, Neither Chewy.com or BlogPaws are responsible for the content of this article.

How I Learned About BlogPaws

It happened in 2013. Pricilla’s blog was nominated for a Nose to Nose Award in the “other animal” category. This surprise – I to this day have no idea who nominated her blog – brought me into the BlogPaws orbit. I will be forever grateful as I have met so many wonderful people who I consider friends. I was unable to go to that first year but I attended the next year when the conference was held in Las Vegas. Two years later I also attended the Nashville Conference.

This year was the 10th Anniversary Conference and I wanted very badly to go but it just wasn’t in the cards for me. At least not until I was given a sponsorship by Chewy.com. The company sent me to the 10th Anniversary BlogPaws Conference and I am so very thankful. It gave me the opportunity to learn, network, make new friends and see old friends. I wrote earlier this week offering 5 Reasons to Attend BlogPaws – now I want to show you how much fun I had while I was there. 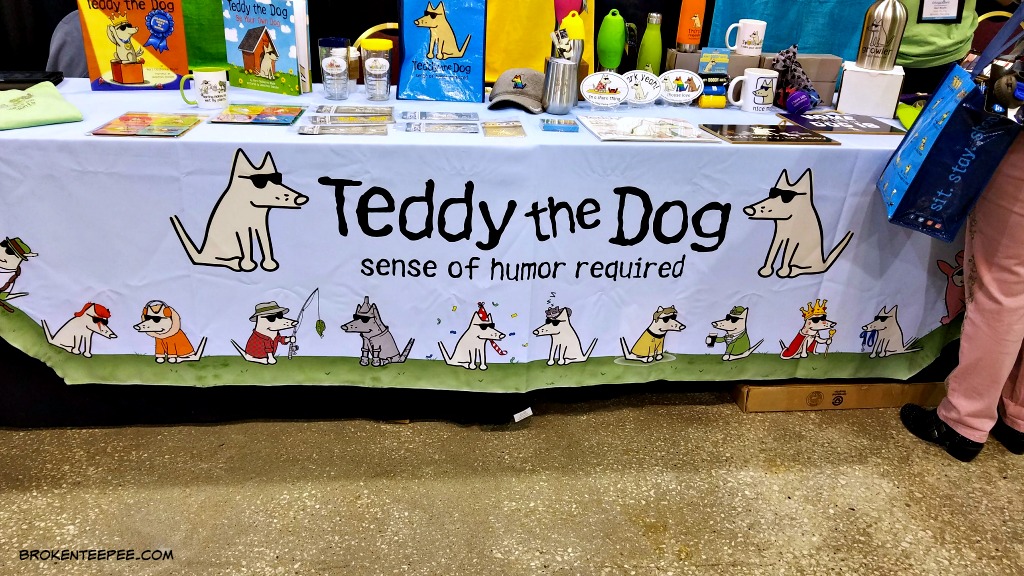 Some of the Brands I Met

One of the goals of attending a BlogPaws Conference is to meet with the different brands. I met some that I have worked with before and others that were new to me like Teddy the Dog. Learning about this snarky dog was a delight. I did not know anything about Teddy before visiting the booth but he sure seems like my kind of canine. 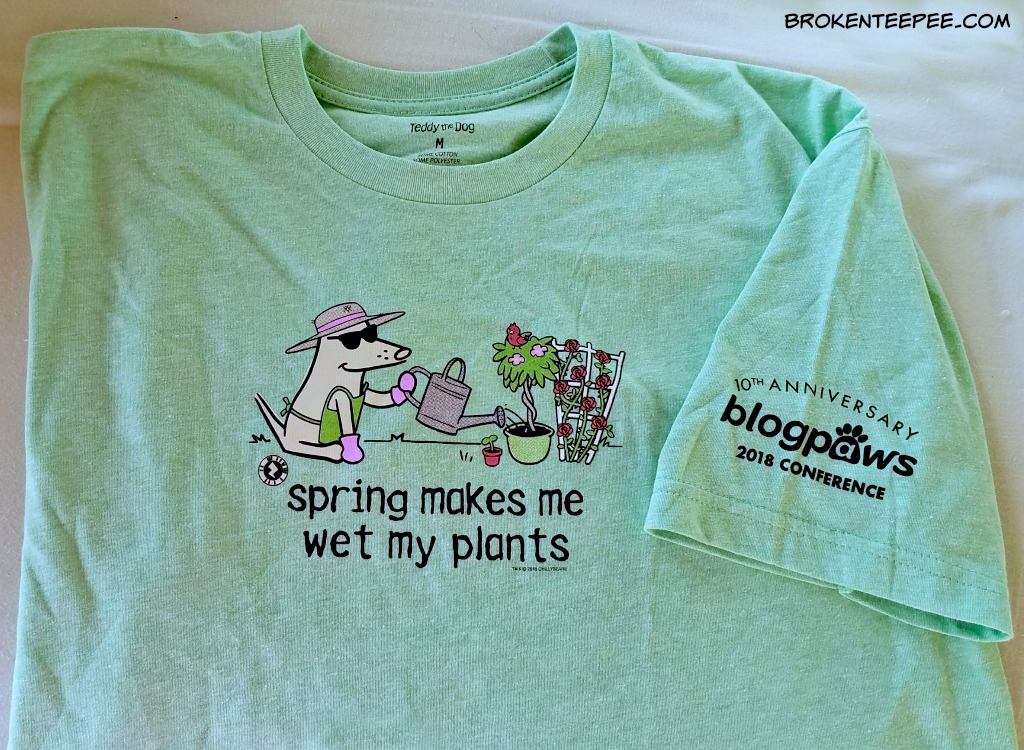 The company also provided the official BlogPaws T-shirt. Pretty funny, right? There are a number of other designs that are now on a my wishlist. 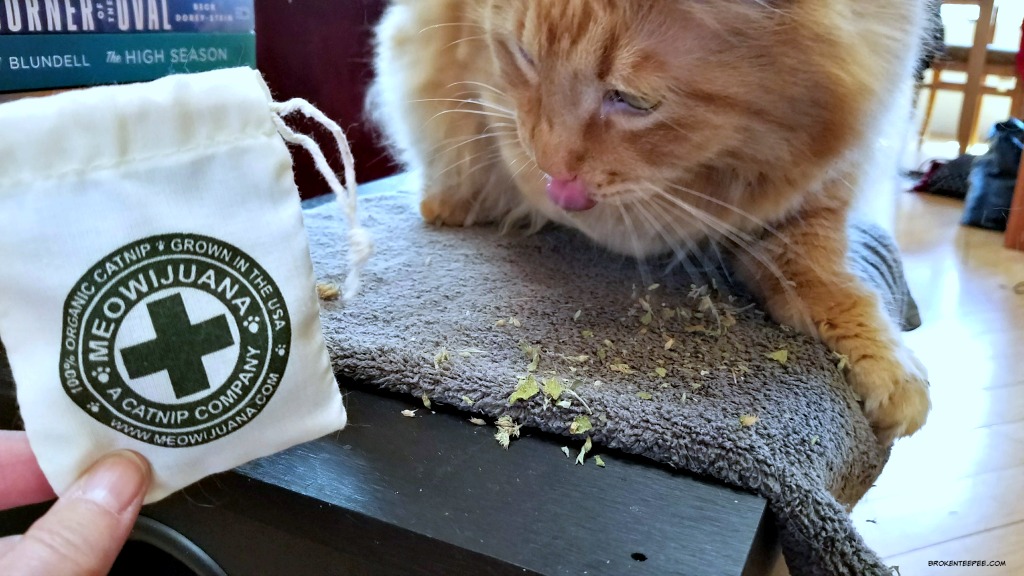 The Farm cats are very happy I made friends with the gang at the Meowijuana booth. I came home with some primo ‘nip and they are….well honestly, they are very rather mellow and not doing much. 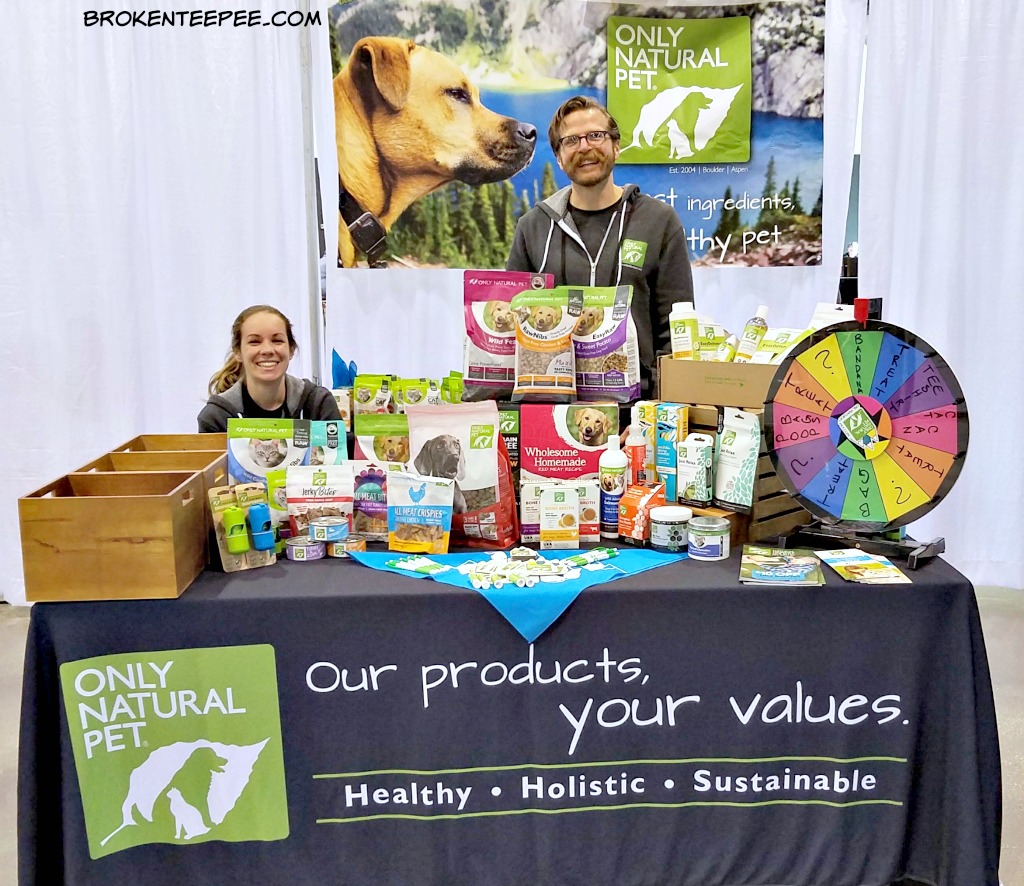 There were several cat food companies represented as well. Only Natural Pet ran the BlogPaws zero waste initiative. The conference had recycle bins available and was set up to have a little as possible go to the local landfill. 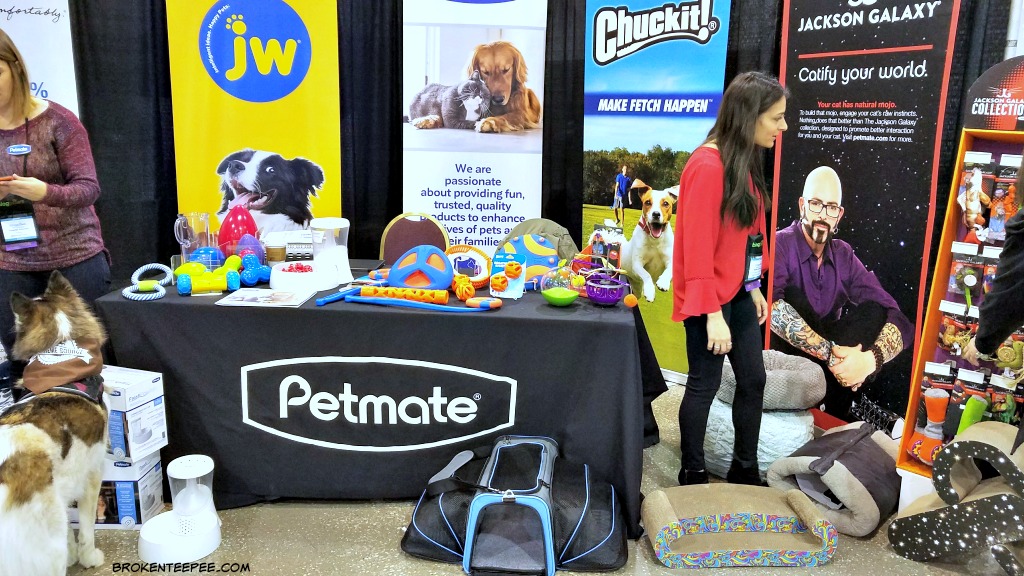 I also spent some time talking to the representative from Petmate. The Farm cats have a great love for products from Petmate. I saw several more that I know they would love. You can see one of them in action on my Instagram page.

There were many, many more. I will be featuring them in my Instagram feed over the next few days so be sure to check it out. 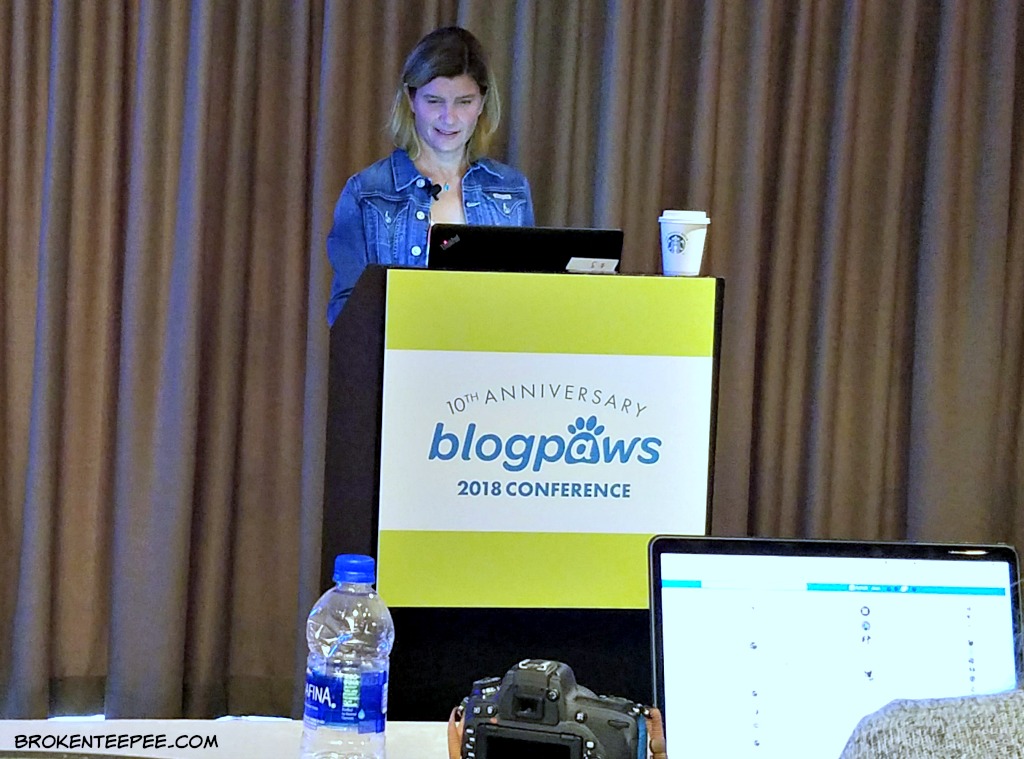 I took several classes while at the conference and I always ended up coming home with some new bit of knowledge. This year it was on SEO and Facebook Ads. There were so many great classes available and I love that I had the chance to learn some things that will help with the blog.

There were also one on one meetings available but I wasn’t able to sign up for one of these as I signed up for the conference at a later date. I’m sure that the people who did benefited greatly.

Every year at BlogPaws there is an area called The Cat Lounge. It is full of the latest and greatest in products just for cats.  At the end of the conference all of the products are given away. This year I won a beautiful scratching post but I felt it would be impossible to bring home on the plane so I left it to be donated to the chosen local charity – Wayside Waifs

Which leads to another great thing about BlogPaws. Each year a local charity (and other pet charities) benefit greatly from the conference. This year Wayside Waifs received several donations and a shelter in California also received one thanks to a drawing. It does my heart good to see these no kill shelters benefiting by the work of BlogPaws and its corporate partners.

Chewy.com was a big part of these donations this year. 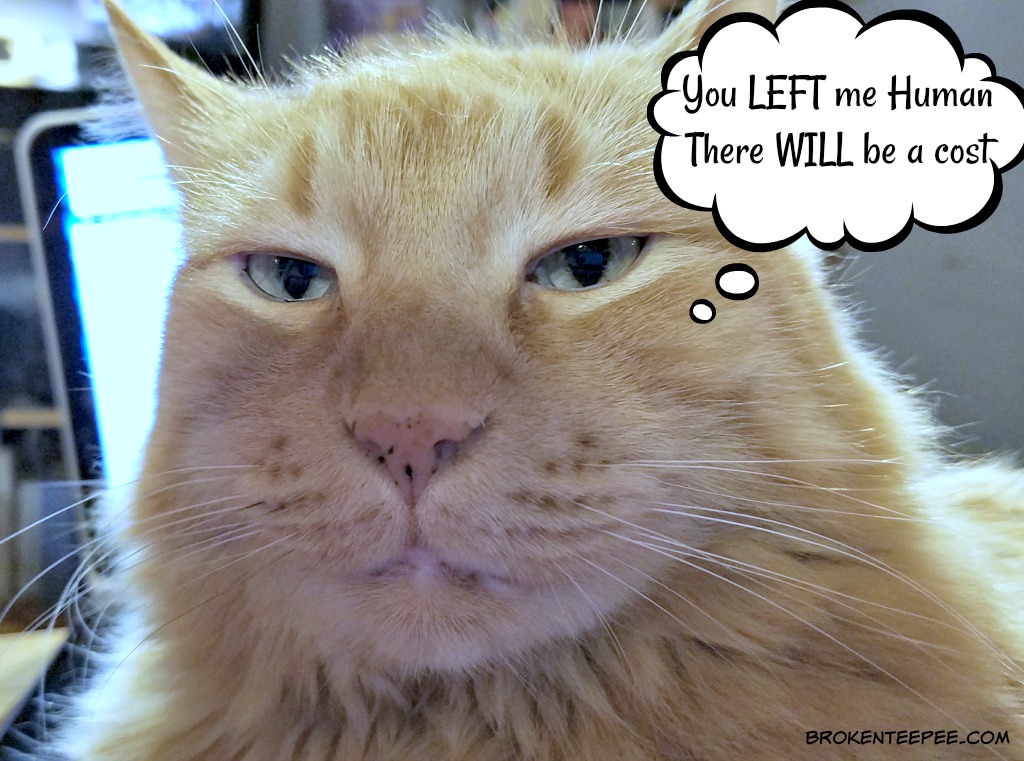 Of course when I go off to have fun at BlogPaws the Farm cats stay home with the hubby. He takes care of them but he’s not me. You can see from Sherpa’s face that I was in trouble when I got home. Fortunately I brought home lots and lots of new foods, toys and treats for my furbabies.

Harry was particularly thrilled with the catnip trout. He would not give it up. Fortunately there were plenty of other toys. Some from the famous BlogPaws Swag Bag and others from cat blogger friends. Don’t worry about the Farm Cats – they are very spoiled.

BlogPaws and Chewy Together

Now things are changing. Chewy.com has purchased BlogPaws. Change sometimes makes people nervous and I will be the first to admit that when I was younger change would send me into a tizzy. Now though, it doesn’t bother me nearly as much. I know how much I love working with Chewy – both as a blogger and on my social media channels and as a consumer.

I have an autoship order set up for the Farm cats’ food, treats and litter. It arrives every month right on time. On the rare occasion I have an issue I turn to the excellent @Chewy customer service department and it’s fixed immediately. I have never dealt with a company so focused on keeping their customers happy. This makes me comfortable with their acquisition of BlogPaws. I am sure they will keep that mindset with the community. 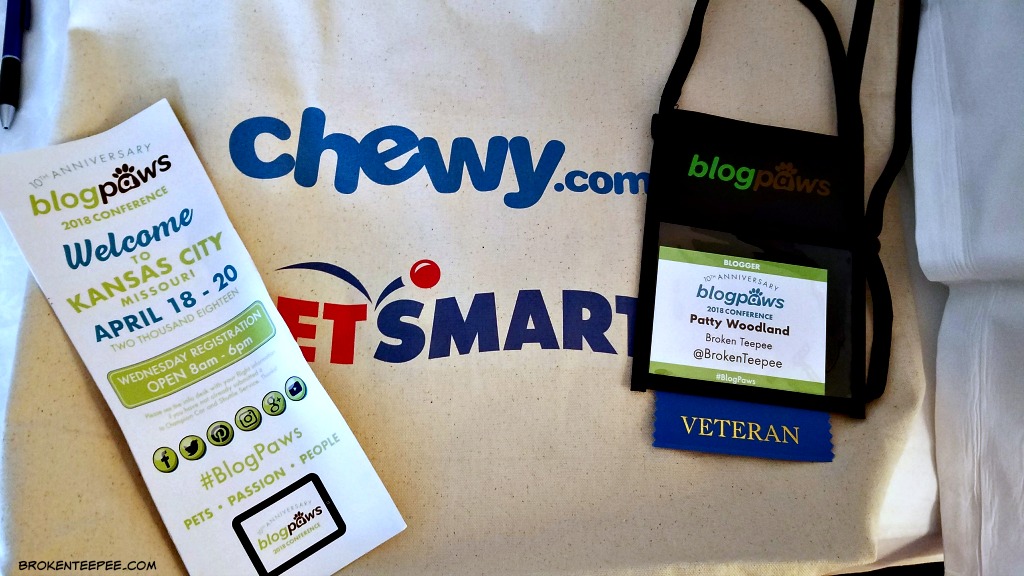 The conference next year will be in Florida – dates and location have not been announced. I will keep my fingers crossed that I will be able to attend. Next year I am due to go home to visit my family for my niece’s graduation so a lot will depend on timing and, as always, money. When I know where and when I will let you know too.

To learn more about BlogPaws and Chewy:

This is a sponsored conversation written by me on behalf of Chewy. The opinions and text are all mine.