A Kitty Zip Mat for the Farm Cats

The Farm cats have been a little stressed lately due to the Sunrise Fire across the river. I’m going to do a post about it later in the week but for now I’m going to show you how they are relaxing thanks to a lovely new addition to the yurt thanks to Petmate. The company sent the cats a Kitty Zip Mat at no charge for them to use. They will now let you know how they liked it. (Hint: they did!) 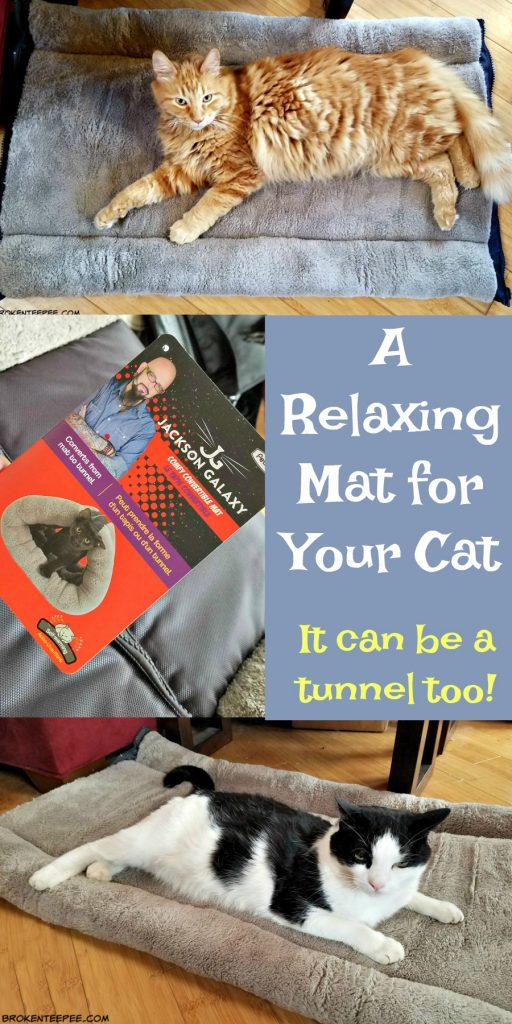 Kitty Lounging Here and There 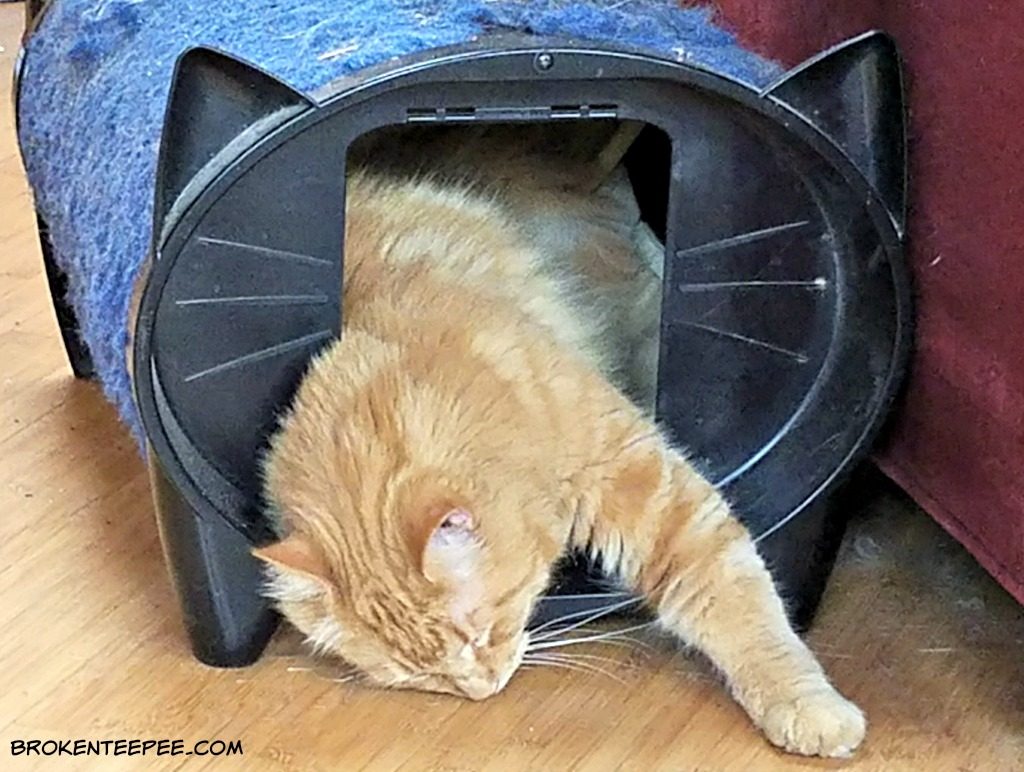 The Clamshell is Full!

So what’s a cat to do? Sherpa likes to sleep in and/or on just about anything but does that look comfortable to you? What a silly boy! He is the cat that I find on the Clamshell the most often. He was also the first cat to try the brand new Kitty Zip Mat… 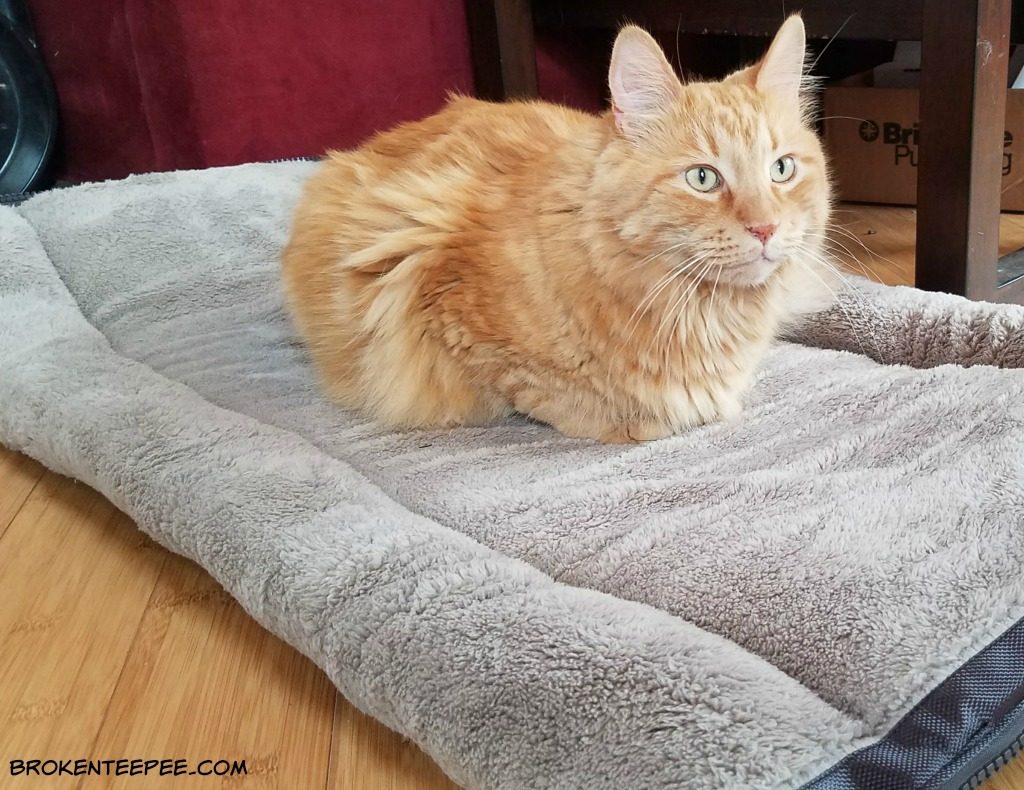 …I opened it up and put it on the floor. It wasn’t there five minutes before it was occupied by a big orange cat. You can see he does look a little worried. At this point the cats had been kept inside for about three days. They are used to going in and out but I’d been keeping them in on the chance we’d have to evacuate. I wanted to know where they were. 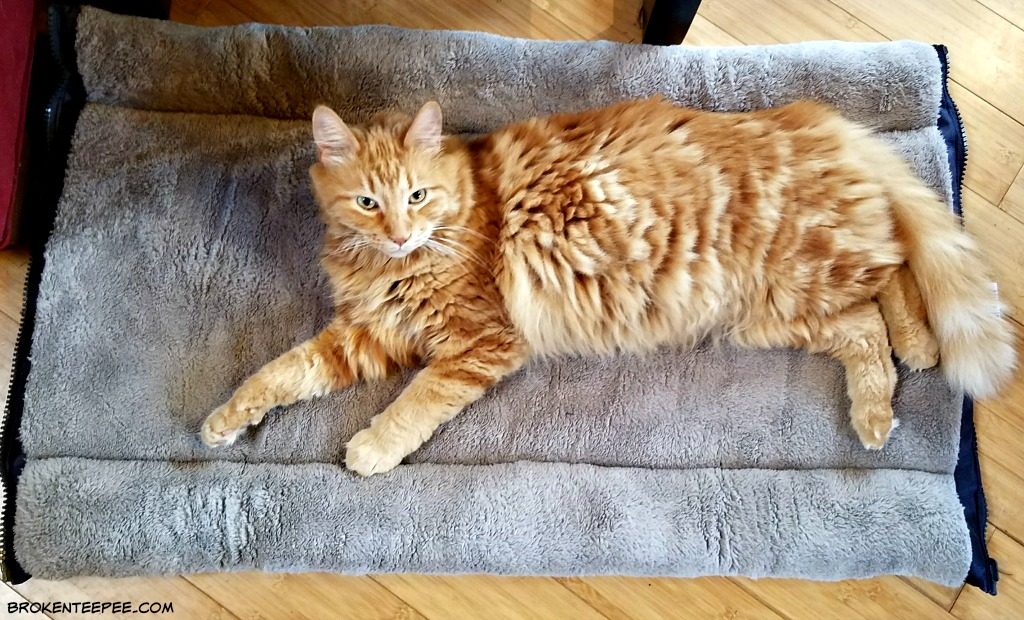 He did soon relax on the soft mat with the self warming mylar layer. You can see he looks a little more at peace. Plus the mat is large enough to accommodate ALL of Sherpa.  He is a big boy. The mat is 36″ x 22″ which is certainly capable of fitting most cats.

The Kitty Zip Mat can be zipped into a circle and used as a tunnel. I tried this but I could not get it to stand upright. It wouldn’t matter here anyway as the Farm cats don’t tend to like to be “in” things. They prefer to lounge as noted above. Perhaps they were Roman cats in a former existence. 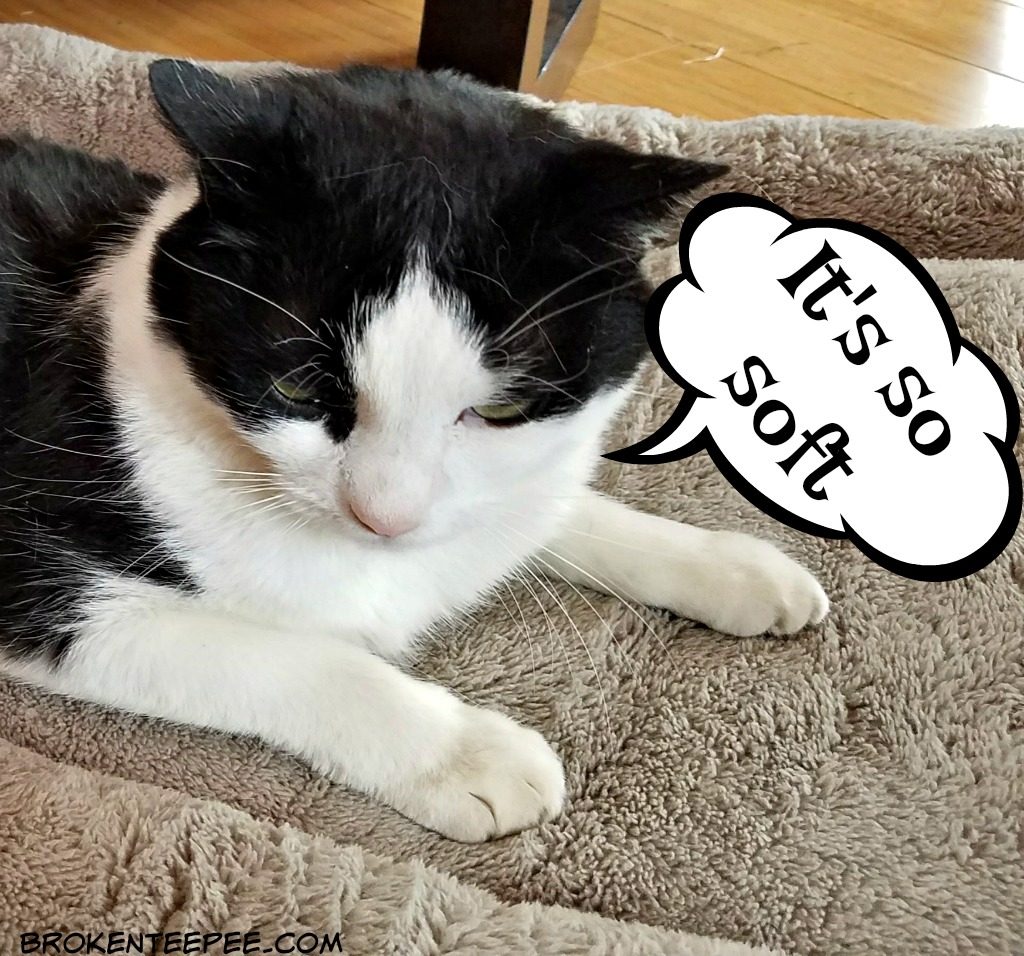 Harry appreciates how soft the mat is and I find him kneading on it much as he does on the Comfy Clamshell bed. 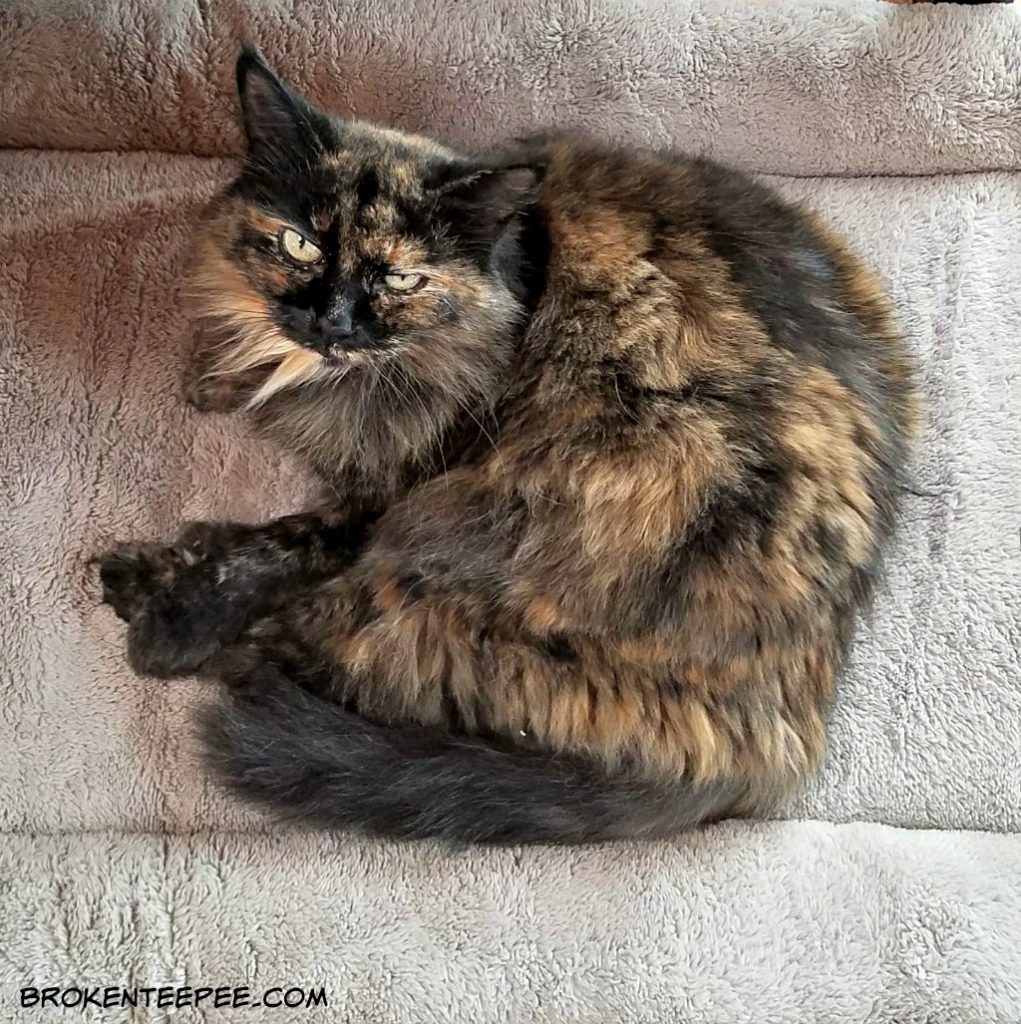 I’ve also found Pumpkin napping happily on the mat. But so far Stinky and Snowy stick to other places to do their lounging. It could be they will try the Kitty Zip Mat out – it has only been set up for just short of a week and it’s been an unusual week due to the fire.

I’m glad to have another quality place for the Farm cats to sleep that is not MY bed so I thank Petmate for that. So does the hubby.

If you have a kitty or kitties and you would like to give them a great place to lounge the Kitty Zip Mat is a perfect place to start. A bonus – it’s machine washable on the gentle cycle. (Pumpkin had a hairball on the mat so I know it cleans up quite well. *sigh*)