The Cold Light of Dawn by Anna Belfrage – Book Review

Any time I am offered the opportunity to read a book by Anna Belfrage I say yes as fast as I can. I thank Historical Fiction Virtual Book Tours for sending me a copy of The Cold Light of Dawn at no charge for my honest review. 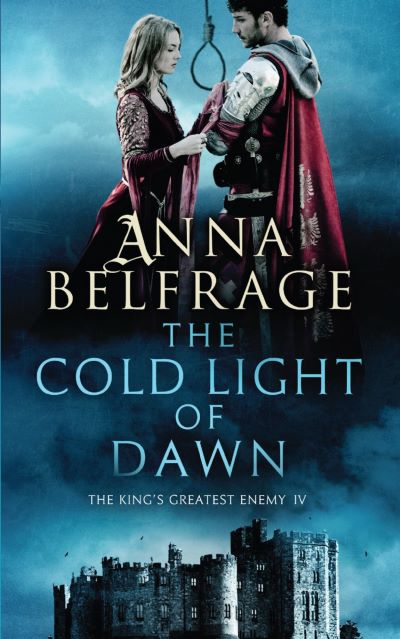 About The Cold Light of Dawn:

After Henry of Lancaster’s rebellion has been crushed early in 1329, a restless peace settles over England. However, the young Edward III is no longer content with being his regents’ puppet, no matter that neither Queen Isabella nor Roger Mortimer show any inclination to give up their power. Caught in between is Adam de Guirande, torn between his loyalty to the young king and that to his former lord, Roger Mortimer.

Edward III is growing up fast. No longer a boy to be manipulated, he resents the power of his mother, Queen Isabella, and Mortimer. His regents show little inclination of handing over their power to him, the rightful king, and Edward suspects they never will unless he forces their hand.

Adam de Guirande is first and foremost Edward’s man, and he too is of the opinion that the young king is capable of ruling on his own. But for Adam siding with his king causes heartache, as he still loves Roger Mortimer, the man who shaped him into who he is.

Inevitably, Edward and his regents march towards a final confrontation. And there is nothing Adam can do but pray and hope that somehow things will work out. Unfortunately, prayers don’t always help.

The Cold Light of Dawn is the fourth in Anna Belfrage’s series, The King’s Greatest Enemy, the story of a man torn apart by his loyalties to his lord and his king.

Other than on her website, www.annabelfrage.com, Anna can mostly be found on her blog, http://annabelfrage.wordpress.com – unless, of course, she is submerged in writing her next novel. You can also connect with Anna on Twitter and Goodreads.

This is touted as the last in this series although Ms. Belfrage does tease at the end at the possibility of more books featuring her fictional hero, Adam de Guirande and his feisty wife Kit. I’m sure, given Edward III’s long reign and temperamental manner there is surely much to mine in the historical record.

This book is much about loyalty and relationships and well, how the rich are different.

Edward III is still too young to rule but he is starting to champ at the bit. Queen Isabella and Roger Mortimer are ruling in his stead and the barons of the land are not happy with the power that Mortimer holds. Adam is the King’s man but he owes everything he is and all he has to Mortimer so as these two men start to battle for control of the country Adam finds himself in the middle of their power struggle. He lives his life as an honorable man and he is having trouble with the actions he sees from these two men.

History is not often kind to the honorable man – it seems to more remember the ruthless. It’s a good storyteller who can deliver a story that is well balanced between those two opposites. Ms. Belfrage brings the disparate worlds Adam and his family inhabits to life with her words – from the rich and decadent way that the upper classes live at court to the ordinary days spent at Tresaintes, Adam and Kit’s manor. It all comes vividly alive as you adventure along with the characters.

Kudos to Ms. Belfrage for another unputdownable book. There is a reason I rush to read everything she writes.

You can read my thoughts on the first three books of The King’s Greatest Enemy Series: In the Shadow of the Storm, Days of Sun and Glory, Under the Approaching Dark. If you like time travel books like I do, I highly recommend The Graham Saga series.