I received a free Try the World Box. All opinions are my own. This post contains affiliate links. If you make any purchases through them I receive a small commission that helps to keep the cats in treats. 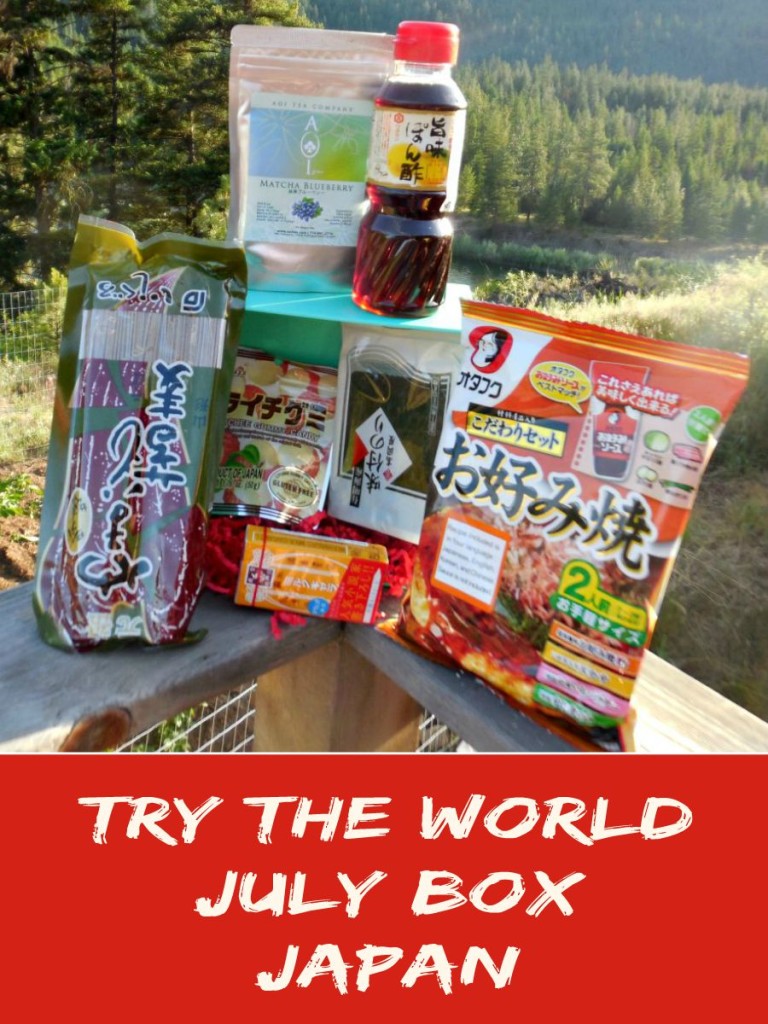 box in the mail. It’s like a journey to whatever country they are sharing that month. July is a trip to the Land of the Rising Sun. 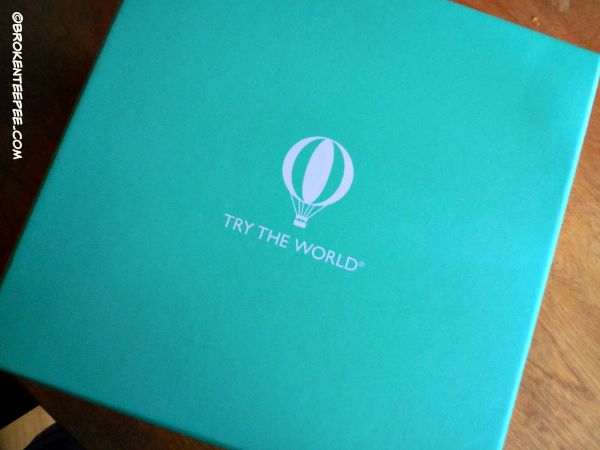 I just love the anticipation when that pretty blue box arrives. I never know what I am going to find inside and for a girl who loves surprises and cooking this is just about the perfect box. This month’s box was full of the familiar, the ooooh I’ve always wanted to try that and the huh? Perfect for a box representing a culture so different from ours, don’t you think? 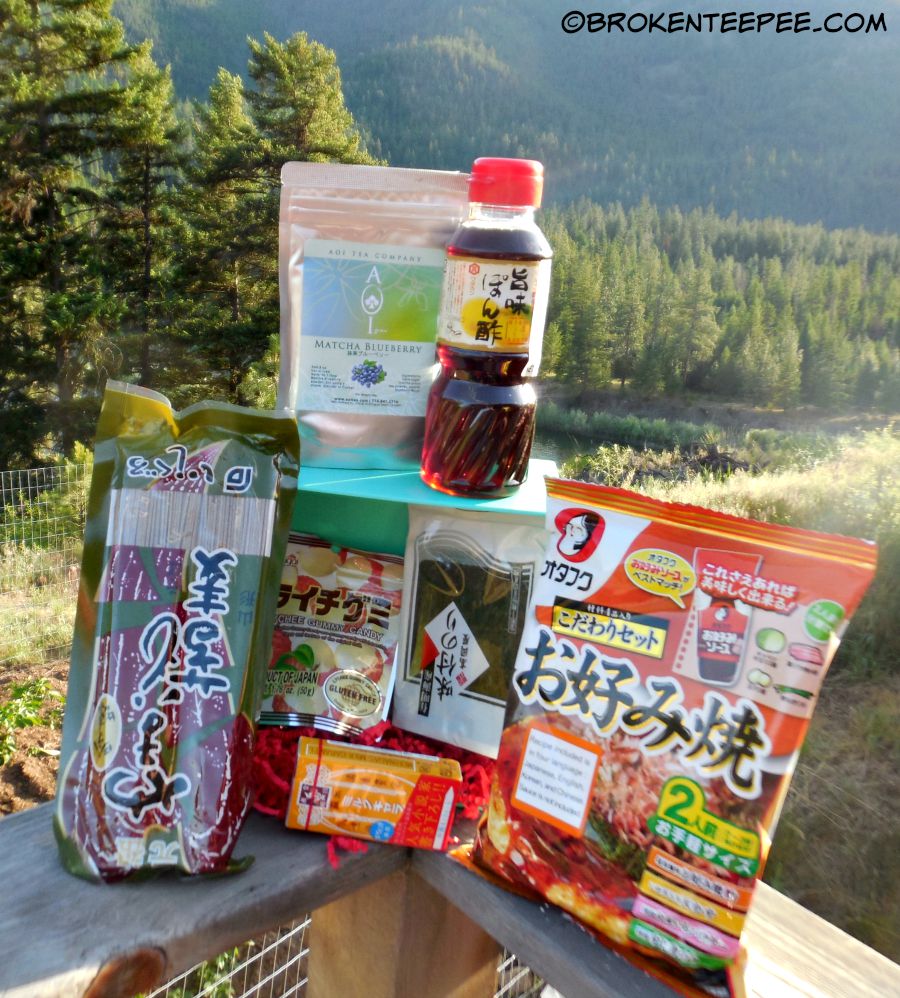 It had snacks, Japanese flavorings and favorites and some blueberry matcha tea. The hubby tried the tea but he found it a bit sweet so I am saving it to make iced tea.  As to the familiar there were soba noodles which are traditional noodles made from buckwheat. We both love them and I make them pretty often. They are delicious! There were some sheets of nori – seaweed – generally used for making sushi but I use them in salads and for flavoring as you’ll see in the recipe I made with some of the ingredients in my box. 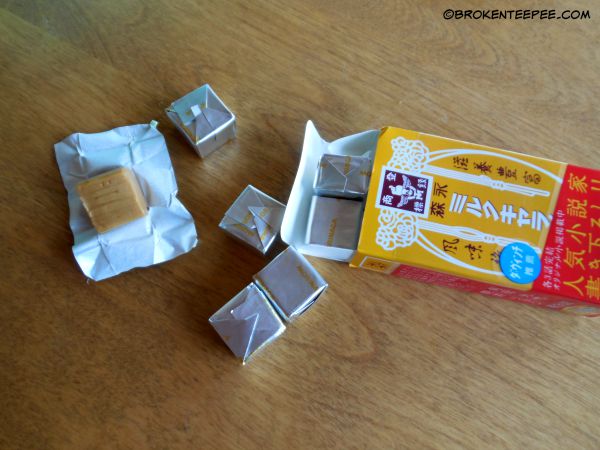 There were also some Japanese milk caramels. They were yummy; not as sweet as caramels I’ve bought here and let’s just say they didn’t last long. They were soft, slightly chewy and a lovely treat. 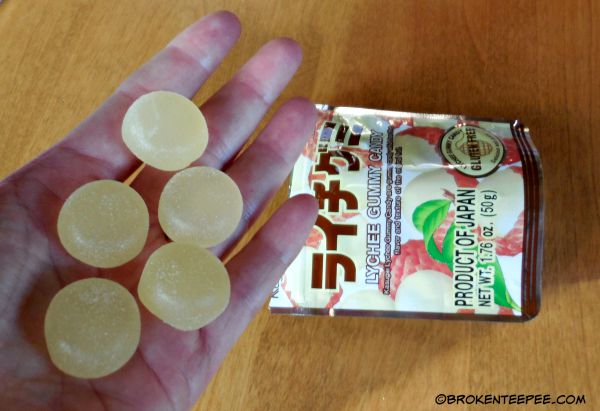 There were also lychee gummies. I am in love with gummies in general and these were amazing. Very adult in flavor as they were more tart than sweet. I shared one with the hubby. He was lucky he got one.

The box also had ponzu sauce which I’ve always wanted to try but just never did. Now it will always be in my pantry. It’s a combination of soy sauce and citrus and I don’t know why I haven’t had it on my shelf before – it’s really a wonderful flavoring. The last item enclosed was the only one that I had no knowledge of; it’s a mix for a traditional Japanese pancake that according to the enclosed packaging is usually served with cabbage. I haven’t tried it yet but when I do you’ll get to see it.

Of course I made something with several of the products in the box: 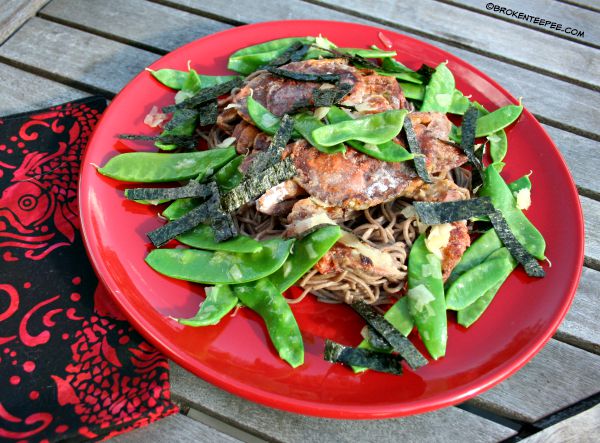 I used the soba noodles, ponzu sauce and the nori to make the hubby Soft Shell Crabs on Soba Noodles with Snow Peas. I’ll post the recipe over the weekend. He really enjoyed it.