A Visitor to the Farm – the Northern Pygmy Owl 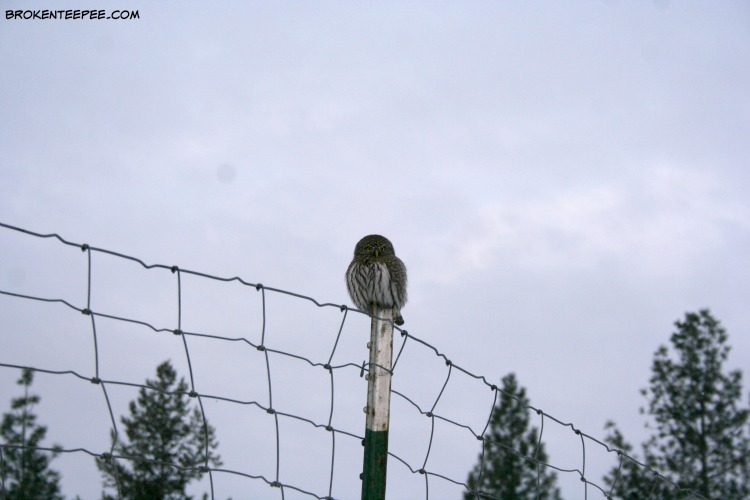 When the hubby and I went out this morning to care for the animals we had a little surprise. A very little surprise! A small bird was sitting on the garden fence. At first we thought it was some kind of songbird but we soon realized we were looking at a tiny owl! 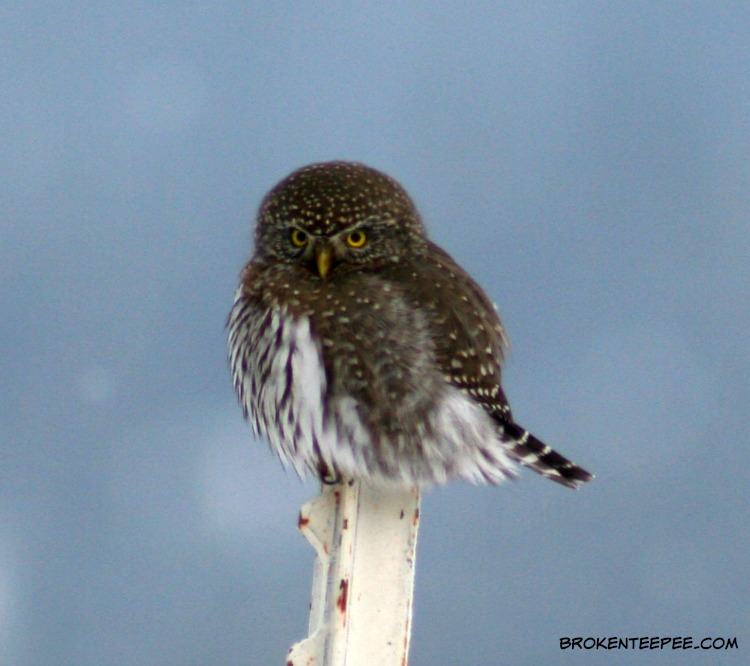 I ran in to get the cameras! Because of course I didn’t have one on me. I never have a camera on me when something cool happens. I figured he’d fly away before I got out there but he stuck around. He even stayed long enough for me to go back in and get the tripod and the telephoto lens so John could get some really good photos. 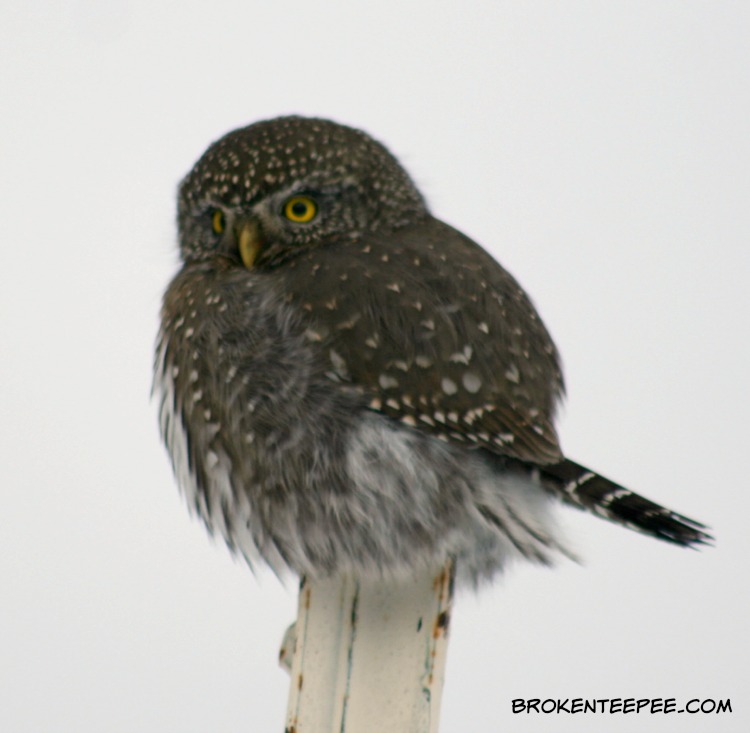 This little cutie is a Northern Pygmy Owl. He (or she for that matter) is a common resident of Western Montana in the forests and along the river banks. They eat birds, rodents and bugs. They are 6 – 7 inches tall and weigh only 2 – 3 ounces. They nest in woodpecker holes and lay 2 – 3 eggs. 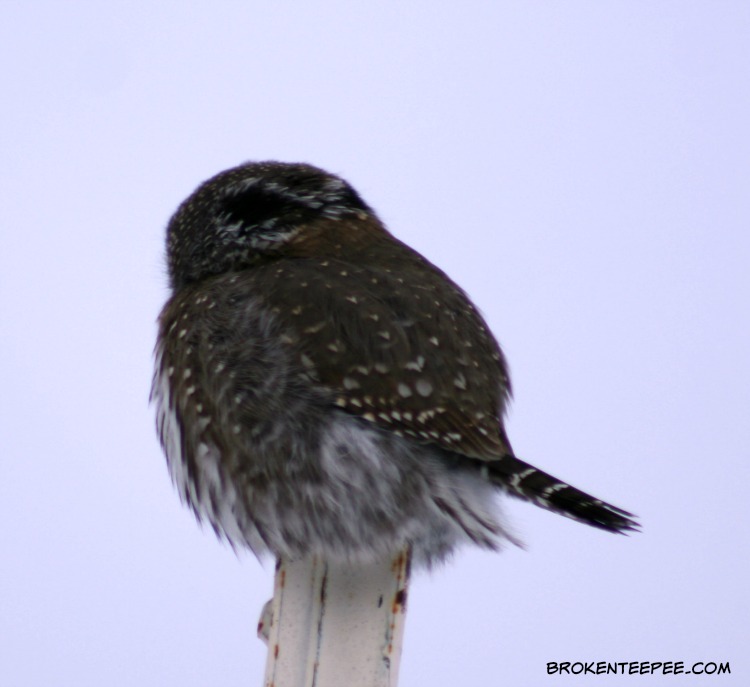 They have markings on the back of their heads that look like eyes. Pretty cool, huh?

I took a bit of video so you can see how alert he was even though I didn’t seem to bother him in the least. I moved around while taking it and he just stayed there staring. 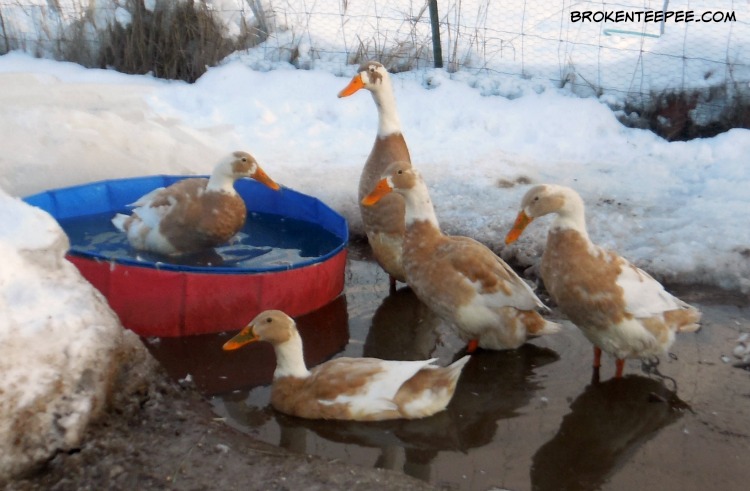 That is one small owl who dreams big! I really don’t think he stands a chance of duck for lunch. It was funny to watch him though. The ducks were not bothered in the least by his presence. They just went about their business. The little owl did flit from fence pole to fence pole but he stayed in the yard for a long time. 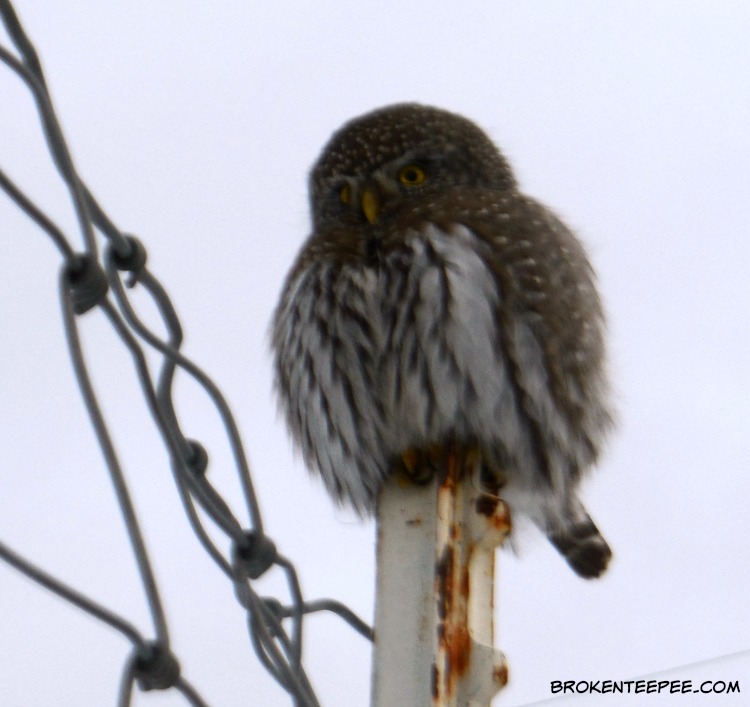 It made for a bit of excitement this morning. And a new bird for us. We hear owls all the time at night but this is the first one we have seen here in Montana. The owls we hear at night are not this little guy his call is not the typical whooo whooo of owls but more of a toot toot toot.

I hope we see him again.