There is Always Time for Cat Adventure on the Farm 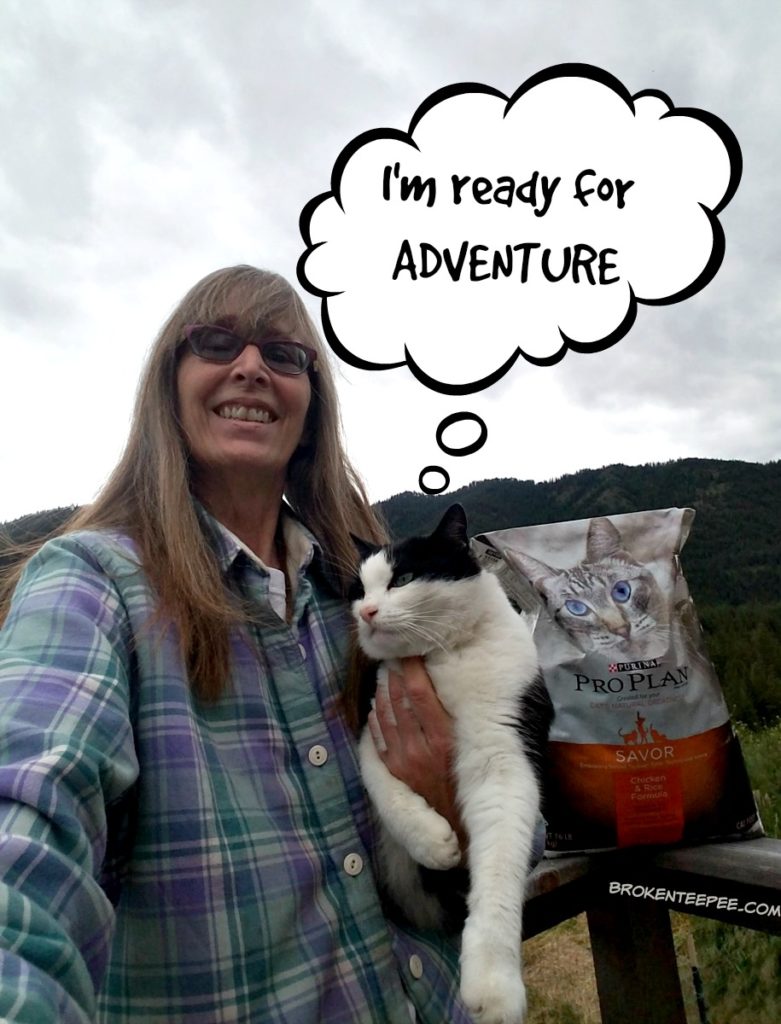 Harry the Farm cat embraces all that the Farm offers far more than any of the cats, perhaps because he is the youngest, maybe because he is of feral stock. I really don’t know why – I just see him running, climbing and chasing every day. He is one cat who know how to have fun. He is always on the lookout for his next adventure.

For Harry to go off on all his cat adventures I want him to be well fed – despite the occasional gopher – he needs a regular diet of good, nutritious cat food. With that in mind I went to the Purina Pro Plan site to get an expert recommendation as to what food would be best for Harry: 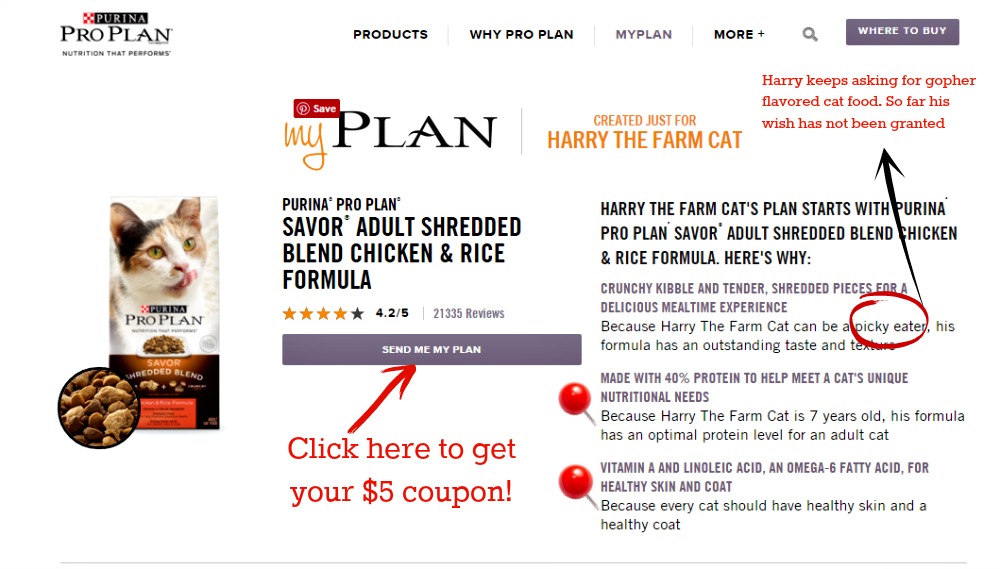 Truth be told Harry has been Purina Pro Plan cat for a while now. While he may dabble in eating other foods he always comes back to his favorite – Purina Pro Plan Savor Shredded Chicken and Rice. He gobbles this kibble down like it’s his favorite treats. He also eats the wet food.

Head over to My Plan to get an expert recommendation for your cat and you’ll get a $5 coupon in your email. Saving money is always a good thing! 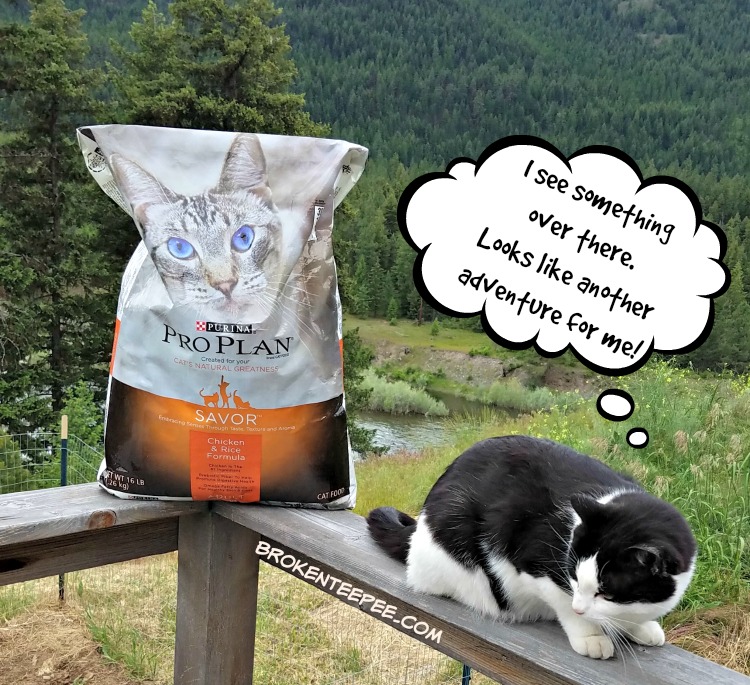 Harry is one adventurous cat as I’ve said so he is very excited about June 15th. What is June 15th you ask? It’s Take Your Cat on an Adventure Day! That sounds like a day tailored just for Harry. I am out with him all the time on the Farm while he has adventure after adventure (don’t worry, no gopher eating photos here!) 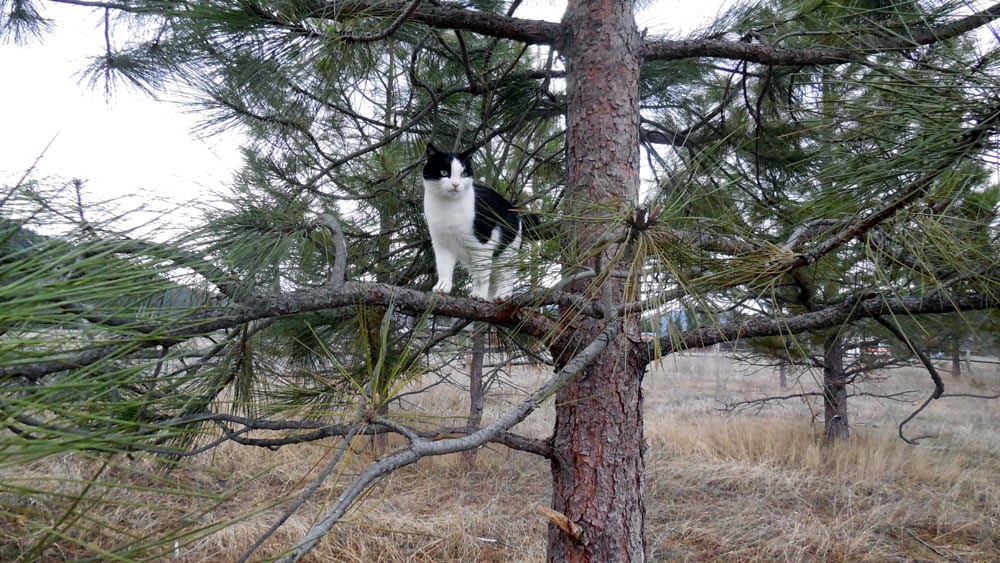 He loves to climb his favorite tree. He is a cat that likes to be UP on things. If he has a choice he will climb. He does love to be out on one cat adventure or another. I’ve seen him in the garden, visiting the horses across the street, down by the river… 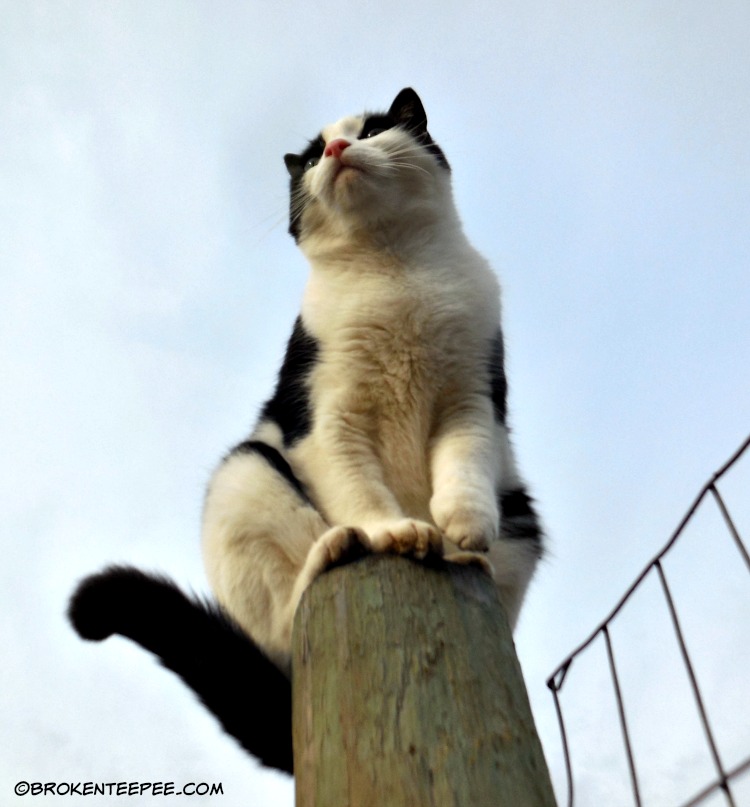 …and sitting on a fence pole! I do believe he is surveying his domain. I think he goes up there to spy for gophers and mousies. He is a lucky cat because he gets the best of both worlds; he is an inside/outside cat. He wants to let all of you inside kitties know that there are lots of great cat adventures to be had without setting a paw out of the door. 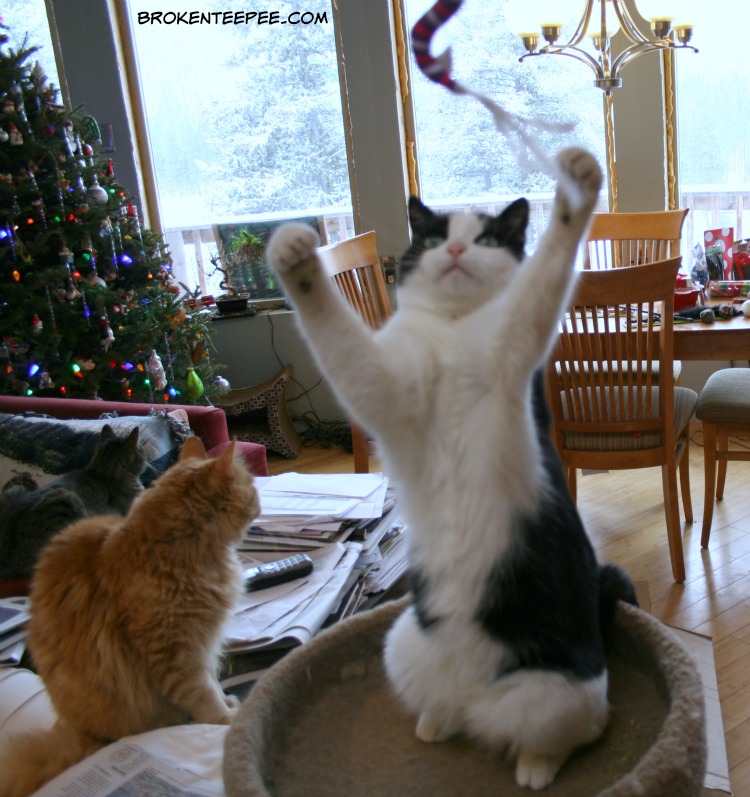 He meows that you just need to get your human to pull out those wand toys and play with you. Then both cat and human get to have a lot of fun. 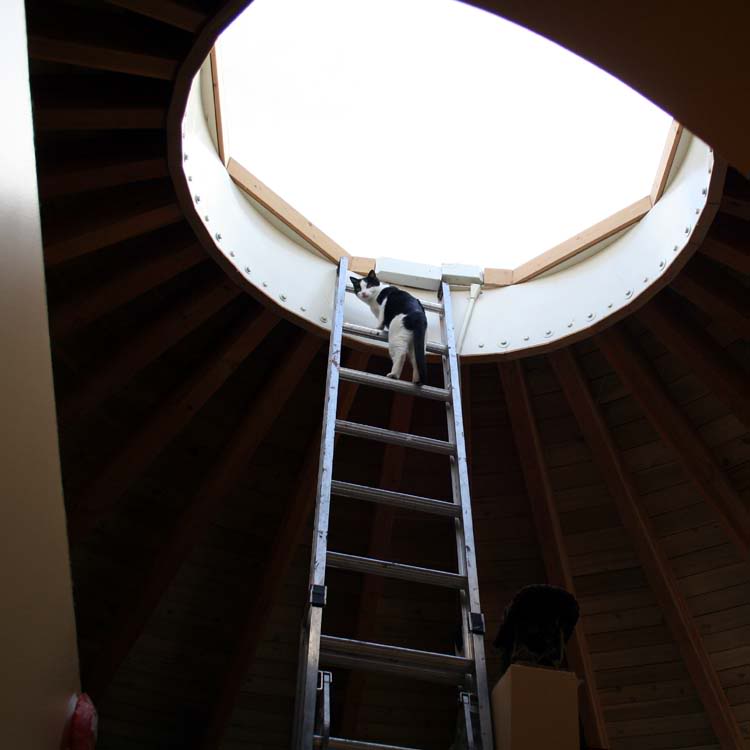 Harry also takes advantage of any ladders lying around. He cannot let one go un-climbed – no matter how high it goes. Talk about a cat adventure! The skylight in the yurt is 18 feet up! He even peaked out the top when he got there. He is one  brave cat. 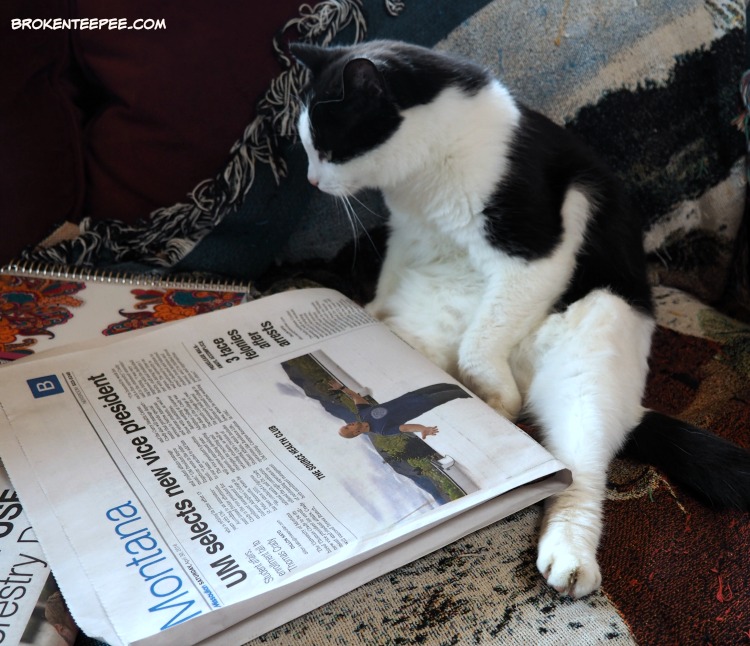 If your kitties would prefer a calmer cat adventure Harry suggests reading the paper. Although he did note that sometimes the headlines are hair raising.

I do believe that Harry has shown you that there are all kinds of things for cats to do both inside and out.

Before Harry heads off to his next cat adventure he wants to tell you about something fun. For all of you humans out there with cats you can post your cat(s)’s adventures online with #MyGreatCat and tag @ProPlanCat and you might see it on the My Great Cat Adventure site – wouldn’t that be fun? Maybe you’ll even see some of Harry’s adventures there.

Heaven knows he gets around. 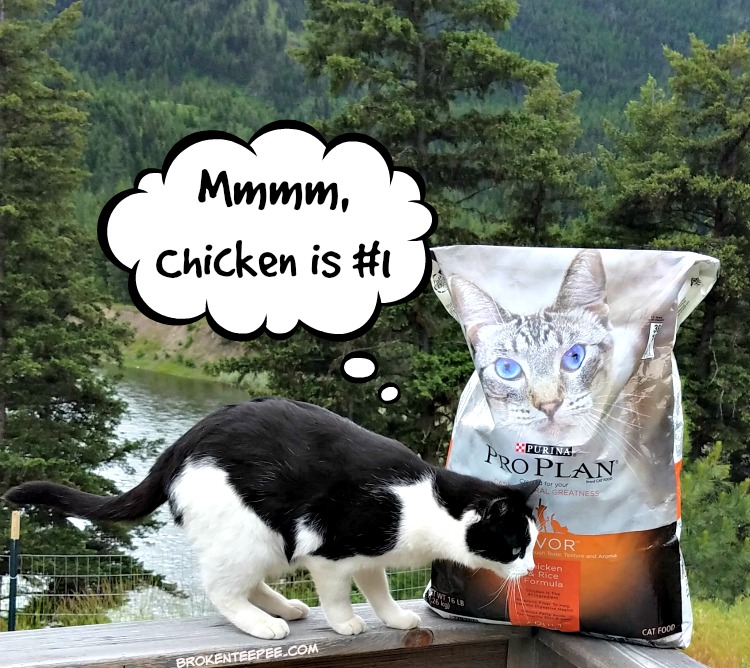 With all of Harry’s adventuring it’s a good thing he eats well. Purina Pro Plan Savor’s #1 ingredient is chicken. Harry knows all about chicken given that he  chases chickens around the Farm all the time. I love that it’s made in factories right here in the USA.

Harry is happy to be a Purina Pro Plan cat.

Are you ready to share an outing with your cat on Take Your Cat on an Adventure Day? It can be indoors or outdoors.

Check out My Great Cat Adventure for lots of inspiration. Be sure to share your cat adventure on social media with #MyGreatCat and tag @ProPlanCat