by
Patty
-
Jump to Recipe

Since it is generally just the two of us for Thanksgiving I don’t go the turkey route. I know I could make a small one and freeze a lot of it for later but in all honesty I’d as soon have a roast chicken than a roast turkey. That gives the same basic flavors and it also gives me a carcass so I can make some homemade chicken noodle soup. When I don’t have something to stuff but still want the trappings of Thanksgiving I come up with a dressing recipe to complement whatever protein I am serving.

But I will also admit that sometimes I go rogue. One year I made a ham, one year a pork roast. But no matter the protein I still long for the hominess of Thanksgiving and so I oftentimes will make a dressing – can’t be a stuffing if it doesn’t get stuffed, right? This one is unusual but it is tasty and goes well with ham in particular. That makes it good for other holiday meals as well.

All purchase links below are affiliate links. If you make a purchase I may receive a small commission at no additional charge to you 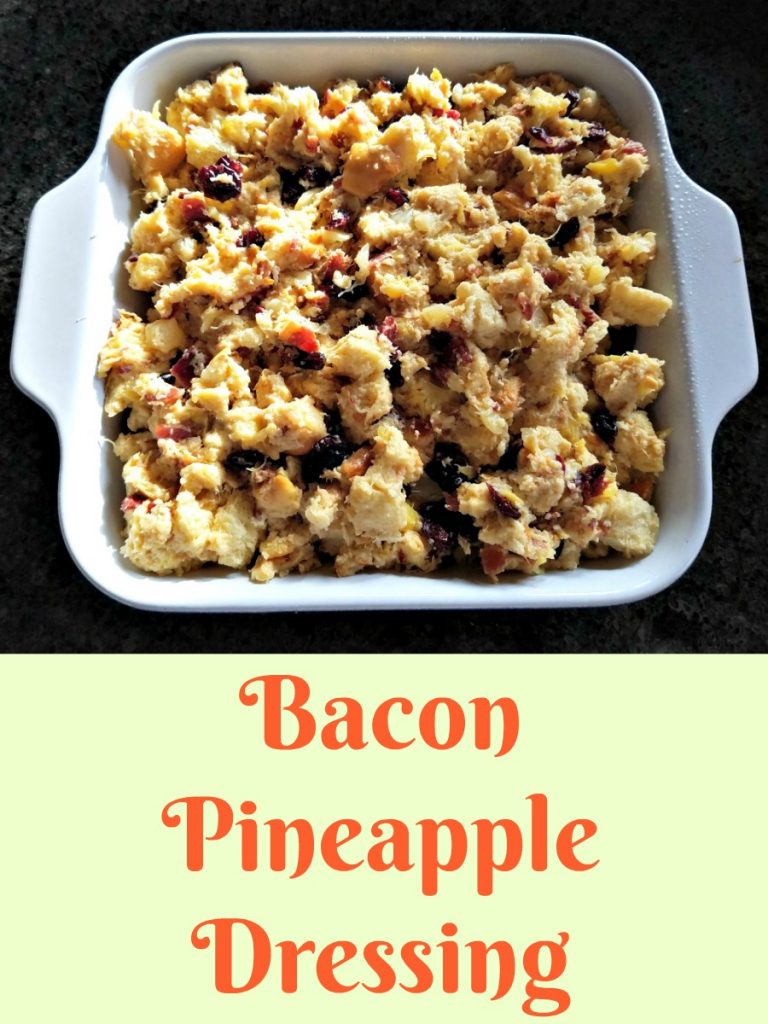 If you are going to bake the dressing right away preheat the oven to 350°
Fry the bacon until it is crisp and then cut into small pieces
Add the bread cubes to a large bowl – I used a mix of bread ends and old bread. 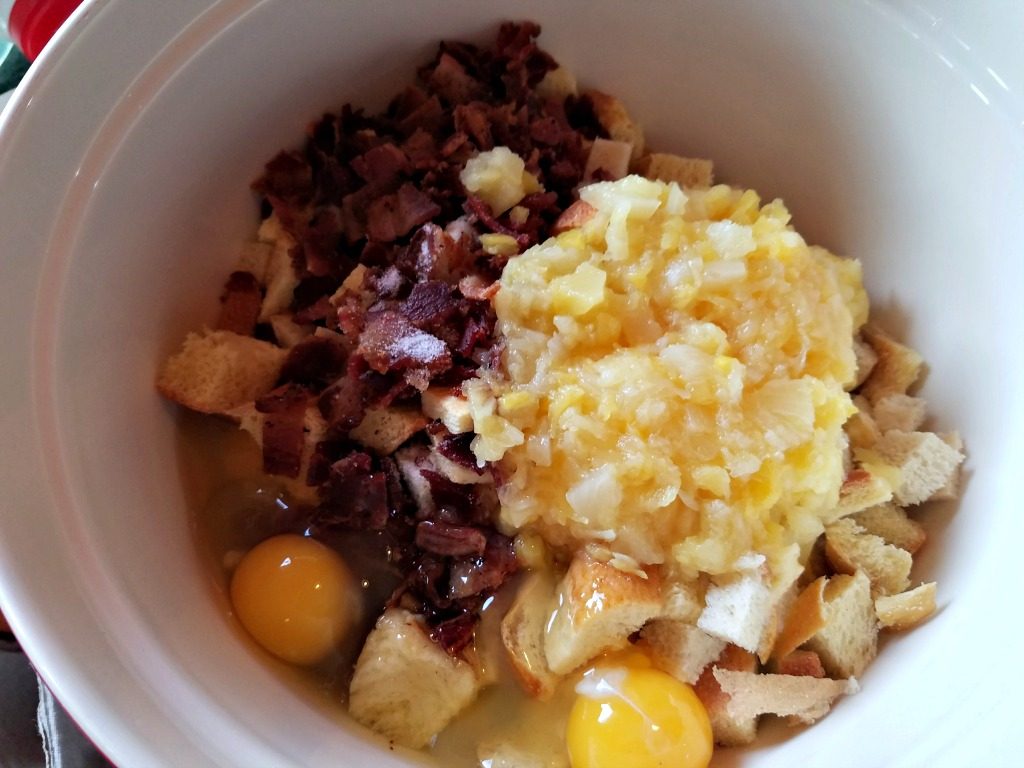 Stir in the pineapple and its juice, the eggs and the chopped bacon to the bread cubes.
Mix well.
Add the salt, pepper and dried cranberries, mix well
Spray a 9 x 9 baking dish with cooking spray 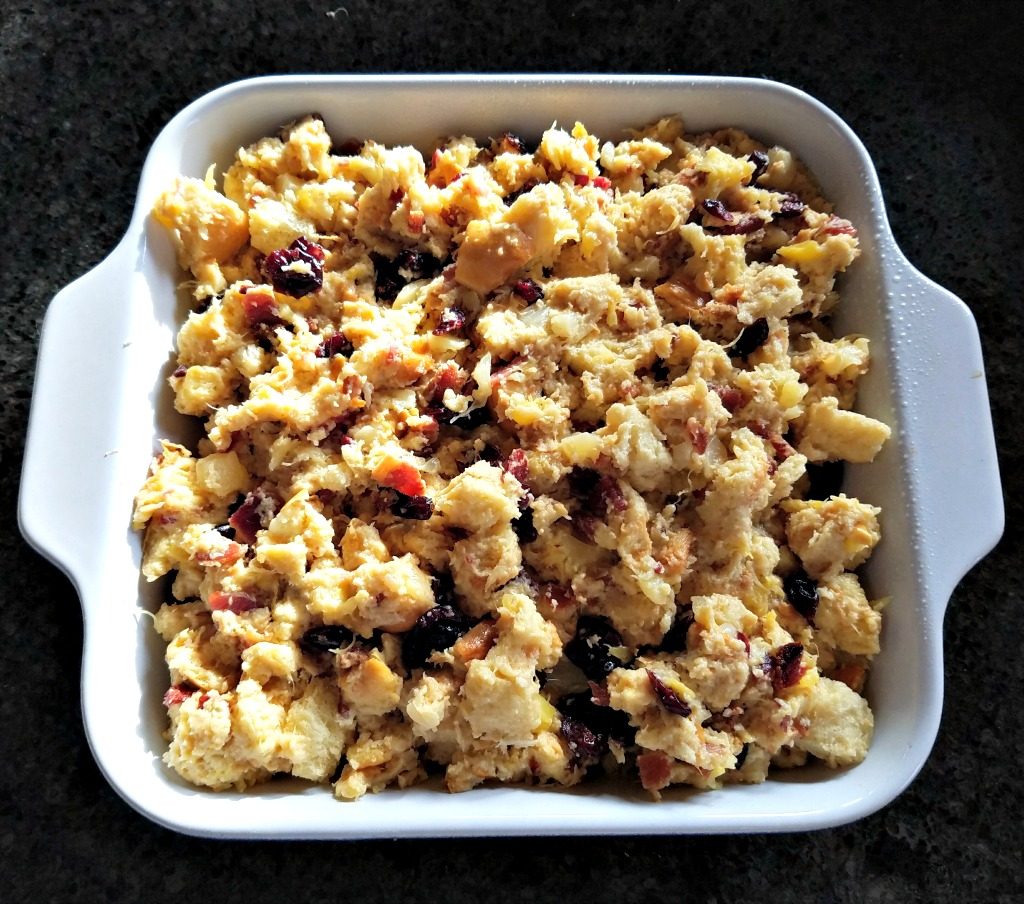 Add the stuffing to the baking dish and bake, covered, in the preheated oven for half an hour, uncover and bake another 10 minutes. 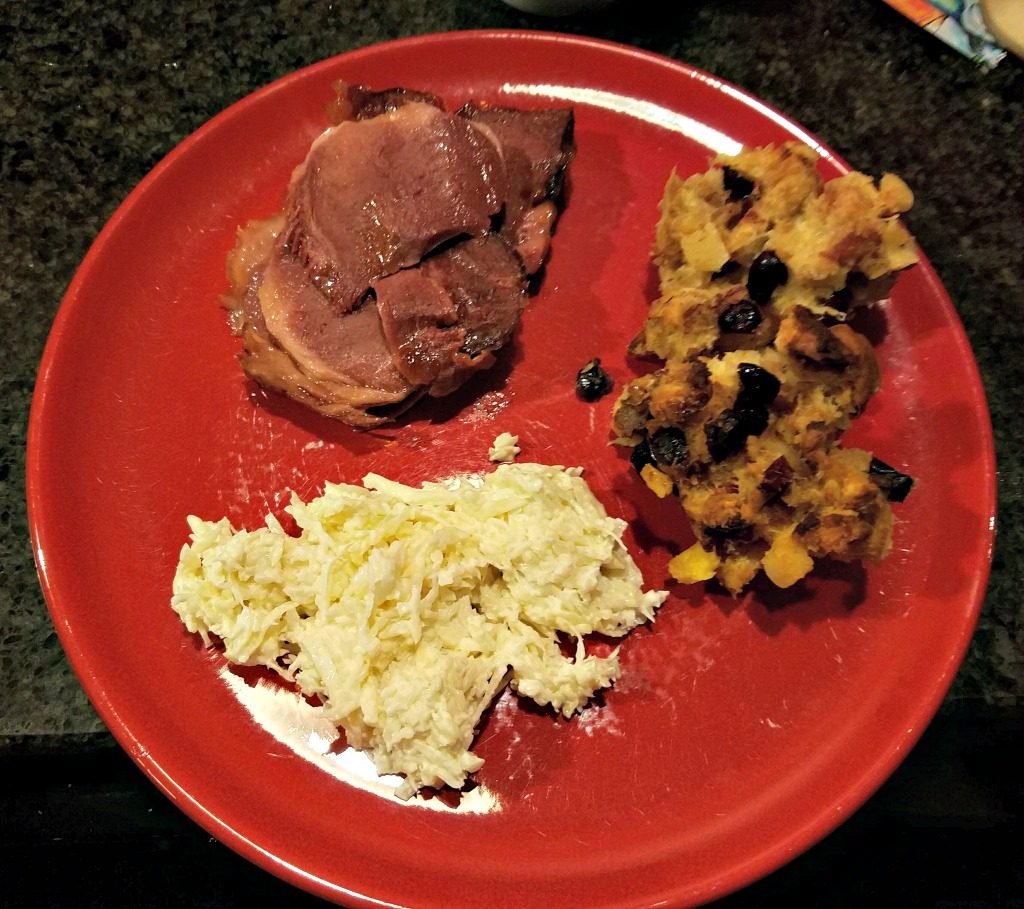 How Was the Bacon Pineapple Dressing?

This was a tasty dressing recipe. It was good the first night but I will admit that the second night it felt like it needed gravy. I’ve got to think that one through but it was very good. I think it would be really tasty rolled up in a pork loin or stuffed in a pork chop.

I served it with my honey ham and homemade creamed cabbage. It did make for a delicious meal.

Where I grew up – in Philadelphia – we called it stuffing. But I have friends that refer to it as dressing. Whatever the mixture of old bread and family secrets is called many of us love it with our holiday and special dinners. 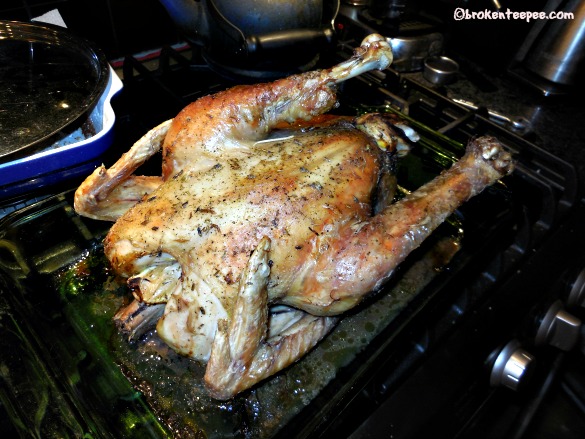 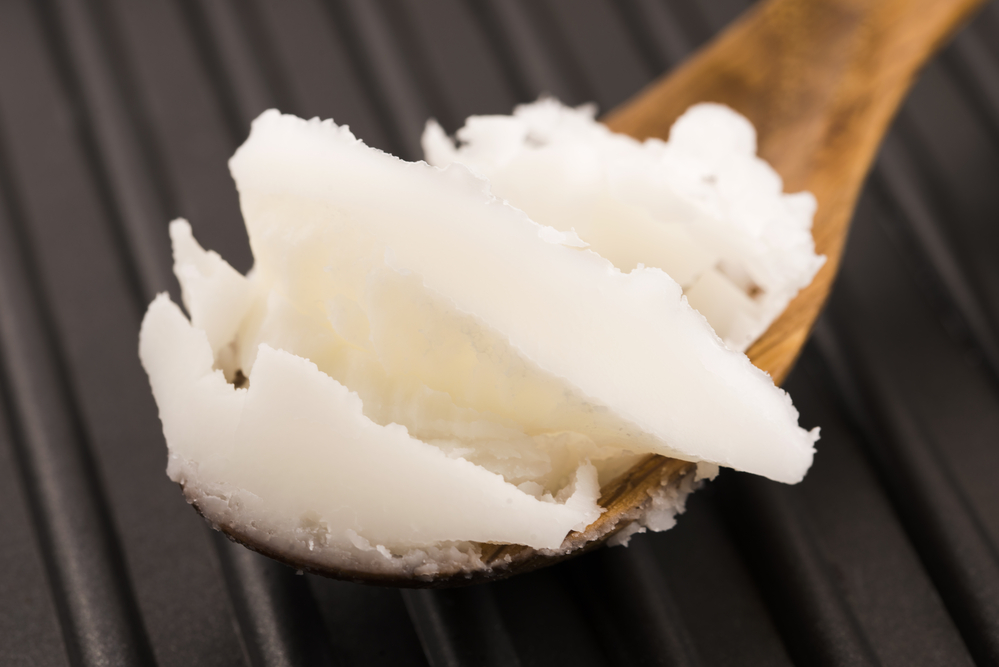 Most cooks have their own secret ingredients when it comes to making their holiday stuffings. I know when it came to my mother and her turkey she swore by cooking the onions and celery in Crisco. Nothing else would do no matter what. Even when times started to change and we told her it wasn’t the healthiest fat to use, she still insisted on her Crisco.

It was only once a year and it did make for good stuffing!

I did not follow in her Crisco footsteps. When I started cooking my turkey I looked for alternatives to making the dressing moist. Sometimes a bit of bacon fat – not that it is the healthiest fat in the world but it is a titch better than the Crisco. Other times I would add chicken stock. But I never did use her recipe as written.

Think Outside the Stuffing Box

When you go to make your holiday stuffing – or dressing – you don’t have to rely on the tried and true if you think you might want a change. Why not serve up a new dish on the holiday table? If you think that your guests expect the same thing year after year by all means make the favorites but sneak in a new dish here or there. You never know what might become the next eagerly called for side.

This year I am making duck breast for Thanksgiving. I have cooked it before and while it does take a little care we both enjoy it. This way I don’t have a lot of leftovers but it is still a special meal. I will post the results after we enjoy our holiday meal.

a different alternative to the classic Thanksgiving stuffing