The Greatest Showman and a Pizza – Date Night in Missoula

The last movie I saw in a theater was Finding Dorie. I took my niece when I went back home a couple of years ago. The last movie I saw with my husband was – wait for it – Chicago. What does that tell you? I don’t go to the movies that often? Sadly, it’s true. The nearest theater is in Missoula and that’s an hour and a half away so it’s not like I can just go on the spur of the moment. When you think about it the drive time to and from exceeds the length of most movies! I did recently have a date night in Missoula with the hubby – we planned it for a day when we had errands to run anyway. We went down and saw a movie I really wanted to see in a theater, The Greatest Showman. I do love a musical. 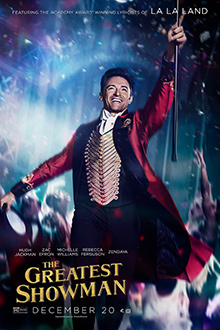 About The Greatest Showman:

I had read a couple of reviews prior to going to the movie but in all honesty I wouldn’t have been swayed as I wanted to see this movie as soon as I saw the first announcements. For one thing I like Hugh Jackman when he is singing and for another I do love a musical. Back in the dark ages the hubby and I saw Barnum on Broadway which I really must admit I don’t remember much about – it was 35 years ago.

Was this the greatest musical I’ve ever seen? No. Was I vastly entertained? Yes. It’s an enjoyable bit of fluff full of fun song and dance numbers that really have minimal bearing on the real P.T. Barnum’s life. But I didn’t go to this movie for a biopic, I went to be distracted for a couple of hours and in that it fully succeeded. I barely felt the time go by.

I will be the first to admit that I don’t have any level of expertise to remark upon the production of a movie. I can only tell you if I liked it or not. This movie I liked as Yoda might say. It just left me feeling happy and with a song in my heart. My toes were tapping during the show too. I would just say go see it, don’t look for deep meaning within the plot and enjoy the fun.

After the movie we went out to dinner at our favorite pizza place in Missoula – Biga Pizza. We’ve gone there more times than I can count at this point. They have pizza that tastes almost as good as pizza from home. And that is saying something because if you ask me there is no pizza better than New Jersey/New York pizza. 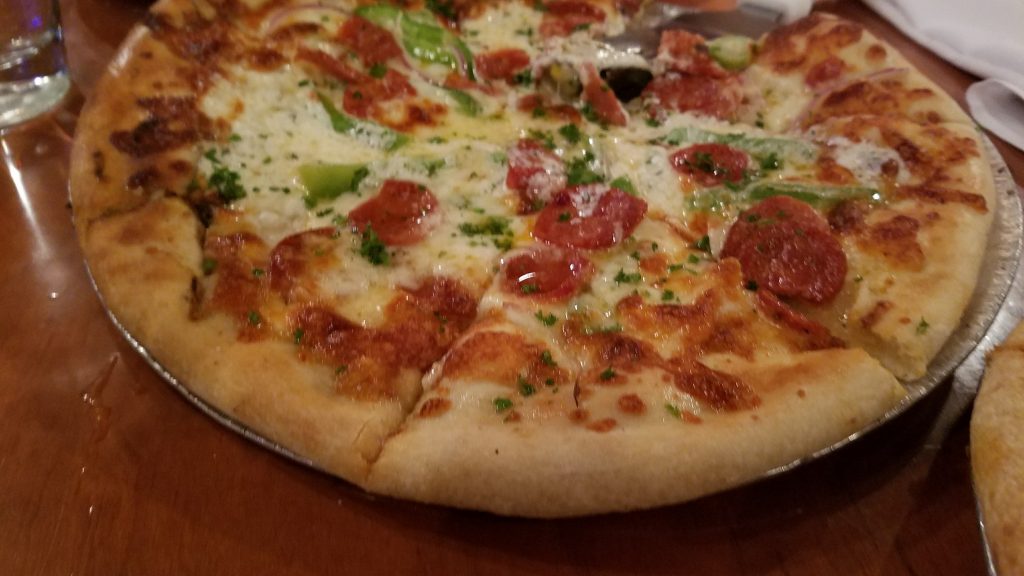 I had all manner of good intentions of taking pictures of our meal for this post but I was having such a lovely time with the hubby that I just forgot. I’m really sorry but we were truly enjoying our date. The photo is from one of our previous visits – it’s his everything pizza. My cheese pizza photos were blurry. They will make your pizza to order and oftentimes we will split a pizza – they will make a half and half just as you want it.

That is exactly what we did last night. We started with a salad from the specials menu; it looked so tasty I couldn’t resist. It was mesclun with a honey wine vinaigrette topped with a wedge of warm brie with a cranberry compote served with garlic toasts.

We split a pizza last night. I had cheese – I admit I am boring but I love cheese pizza. I did have the prosciutto and  fig pizza on one visit and that was a truly delicious pizza. The hubby had the Hungarian Mushroom which had portabella and button mushrooms, herbed mascarpone, roasted garlic, mozzarella, smoked paprika & olive oil. He said it was delicious.

We have never been disappointed at Biga Pizza.

Movie and a Pizza in Missoula

If you are visiting Western Montana you can have a great date night in Missoula too by going to the AMC Missoula 12 for a flick and to Biga Pizza for dinner. The only thing that bothered us at all during our date night in Missoula was the volume in the theater. Oh my word – was it LOUD. I swear our ears were ringing for hours after we came out of the movie.  I do not understand why it had to be that loud but who knows. Your ears eventually reach a point where they adjust but OY – for a while there I was wishing for earplugs.

But if that’s the worst of it, I’m doing OK. It was a lovely night out with the hubby. I do enjoy when we get out of the yurt for a bit.

Other Things to do in Missoula:

Montana Symphony and Dinner at The Keep