The Gate of Dawn: a novel of Czarist Lithuania by M.J. Neary – Book Spotlight

by
Patty
-
I will be reviewing The Gate of Dawn in September so be sure to come back then to read my thoughts. For now learn about this new release from author M.J. Neary. 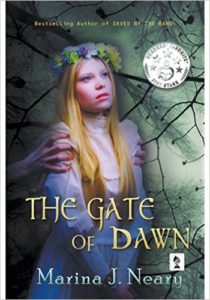 Welcome to 1880s Vilnius, a volatile Northeastern metropolis where Balts, Germans, Poles, Russians, and Jews compete for a place in the sun. After sustaining fatal burns in a fire instigated by his rivals, textile magnate Hermann Lichtner spends his final days in a shabby infirmary. In a hasty and bizarre deathbed transaction he gives his fifteen-year-old daughter Renate in marriage to Thaddeus, a widowed Polish farmer who rejects social hierarchy and toils side by side with his peasants.
Renate’s arrival quickly disrupts the bucolic flow of life and antagonizes every member of the household. During an excursion to the city, Renate rekindles an affair with a young Jewish painter who sells his watercolors outside the Gate of Dawn chapel. While her despairing husband might look the other way, his servants will not stand by and watch while their adored master is humiliated.
Taking us from the cobblestone streets of old Vilnius, swarming with imperial gendarmes, to the misty bogs of rural Lithuania where pagan deities still rule, The Gate of Dawn is a folkloric tale of rivalry, conspiracy, and revenge. 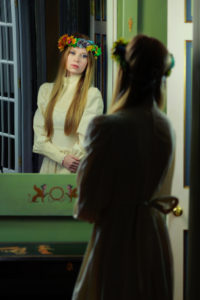 I am an award-winning historical essayist, multilingual arts & entertainment journalist, published poet, playwright, actress, dancer and choreographer. My historical tragicomedy Hugo in London featuring the adventures of the French literary genius in England during the Crimean War was produced in Greenwich in 2008. A sequel, Lady with a Lamp: an Untold Story of Florence Nightingale, is premiering in New York in the fall of 2009.

As a specialist on the obscure works of Victor Hugo, I have lectured at the French Alliance. My recently completed novel Wynfield’s Kingdom, a narrative version of Hugo in London, represented by Sullivan Maxx Literary Agency, was published by Fireship Press.

In 2007 I was commissioned to collect and publish the memoirs of residents from an affluent retirement community in Stamford, CT. The project involved interviewing over forty senior citizens over the age of ninety. A new Connecticut-based leisure publication Norwalk Beat has recently brought me on board as a contributor with a focus on the entertainment industry in Connecticut. My poems have appeared in literary journals such as First Edition, Alimentum and The Recorder. After having a piece of short prose accepted by Bewildering Stories Magazine, I was invited to join the editorial staff.

In addition to my writing career, I have a career in the performing arts. I have starred in several independent art and horror films shot in CT and NY. In the 1990s I competed in various talent pageants in New England. You can reached at M_J_Neary@hotmail.com. I love networking with fellow writers and actors.

You can read my review of Never be at Peace

You can purchase Never be at Peace