We have a new cat on the Farm! I can’t say I was seeking a fifth cat but as with most of the cats that have entered my life they have just appeared. This little ball of white fluff came to me through a neighbor; she had been begging at her house for a while and she was feeding her but her cat basically said no way to a new housemate. 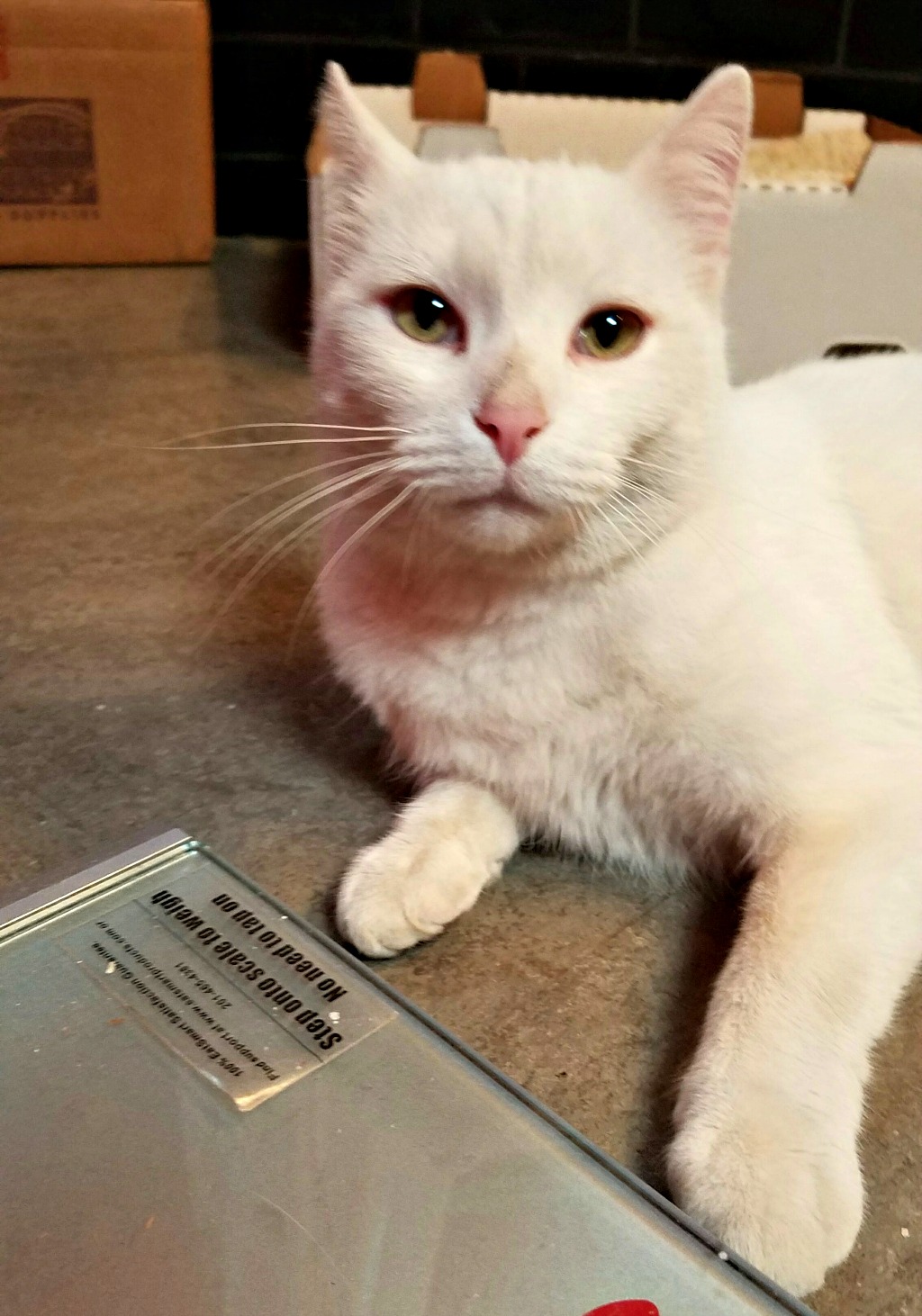 My theory on new cats is toss ’em into the mix and it will all sort out. It has always worked for me and so far things here are still a little hissy but it’s only been two days. There is a enough room around here for them to find space and they’ll all sort it out.

What I know About Her 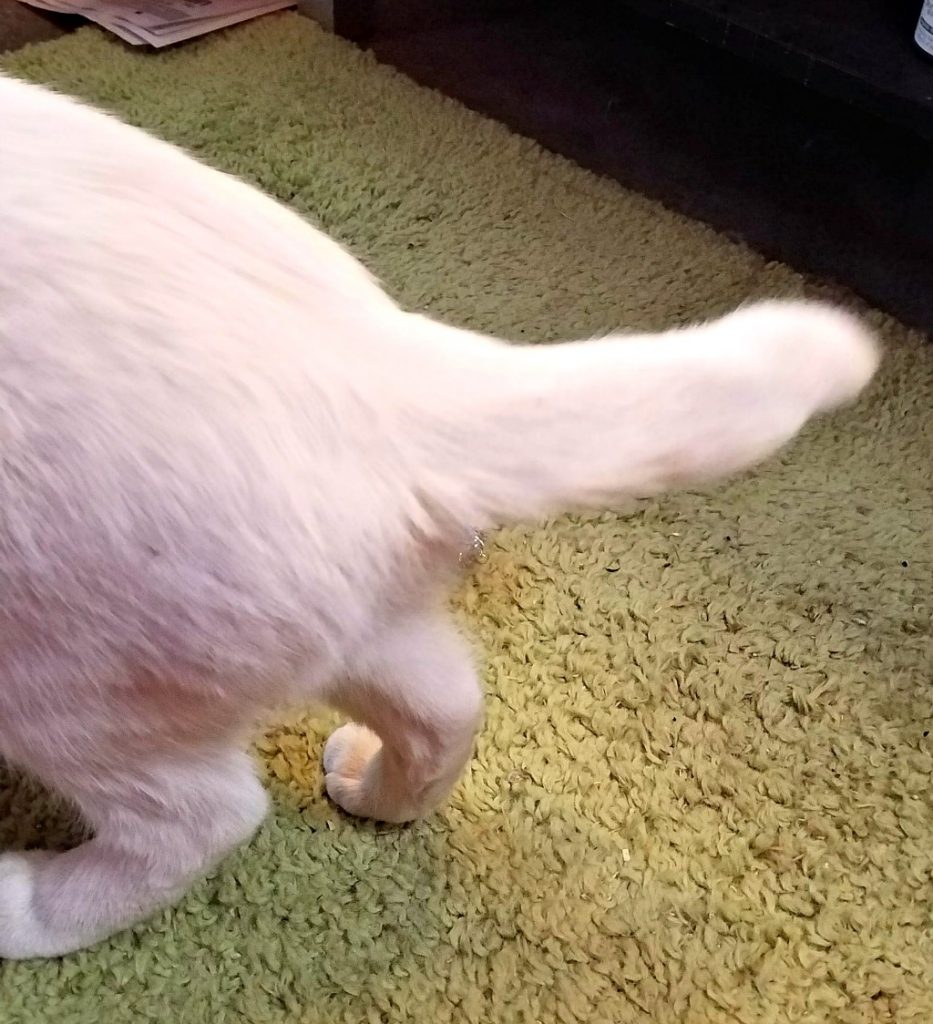 Her tail is about half as long as it should be and I can feel that it has been broken in a couple of places. She doesn’t seem to mind having it touched. Obviously I have no earthly clue what happened to her but at least it isn’t bothering her now. 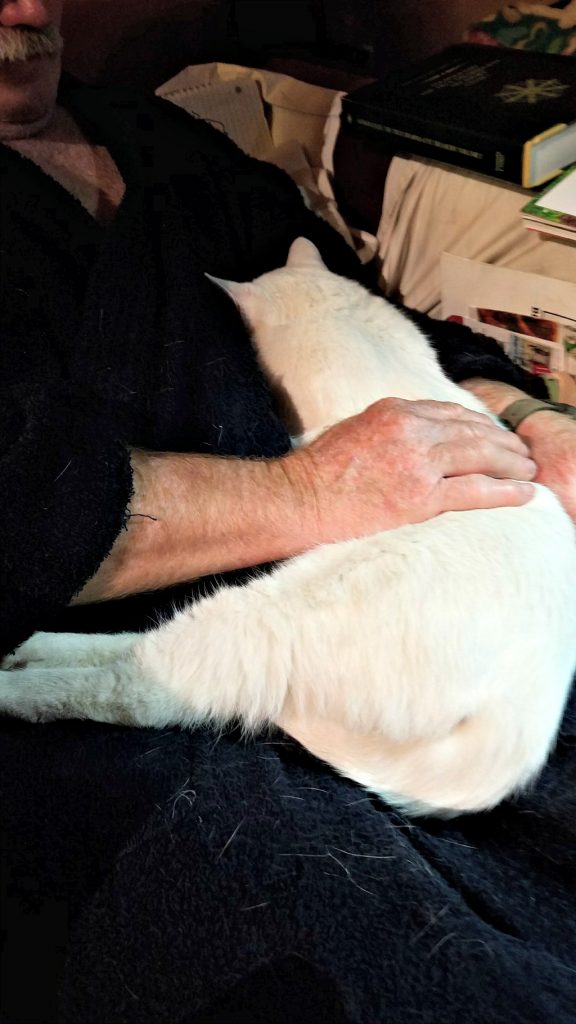 The hubby, who claims to not like cats – I have never really believed this – helped her acclimate last night by holding her in his lap. She looks so tense, doesn’t she? You can see how mistreated she is here on the Farm. Living a life of abject horror and abuse. 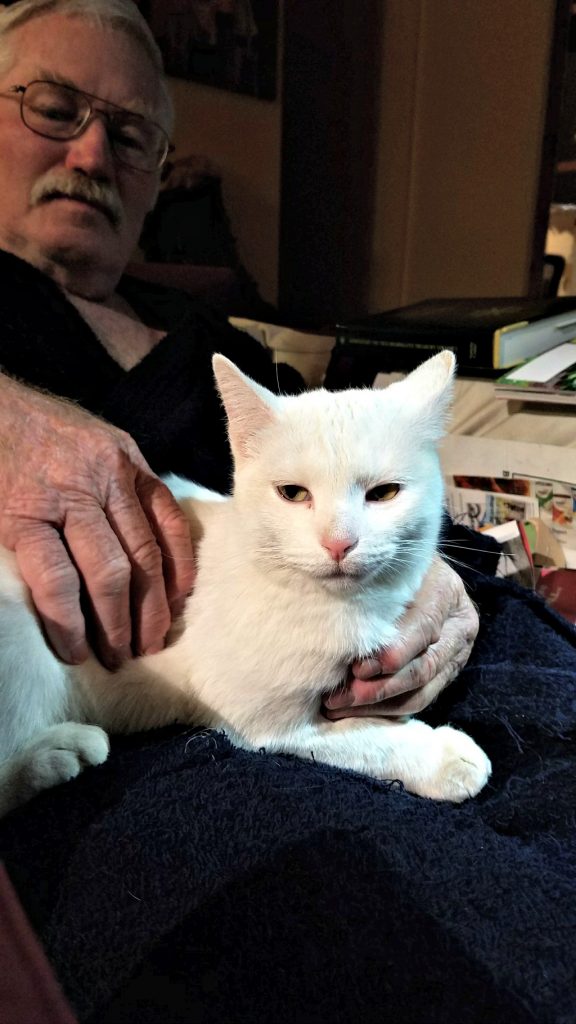 I was holding off on naming her to see what would come to me – I figured that over a couple of days something would emerge from her personality to present me with a name possibility. Then last night the hubby called her Snowy and that was that. Not very original but certainly very fitting. I did bring her into the yurt without any discussion; he was at a meeting and what was I to do? Leave the poor thing out in the rain at the neighbors?

So he claimed right of naming. Goes back to how much he doesn’t like the cats.

So welcome Snowy the Farm cat. I suspect you will be very happy here.