It’s a fun time of year!

The Farm cats  like it because they will soon have a tree in the house. They also know that they will be getting some presents soon. No, not from me but rather from their Secret Paws Furriend. Secret Paws is a really fun Secret Santa between cat bloggers. Those of us that want to participate are given a partner and we send out presents for that cat family. 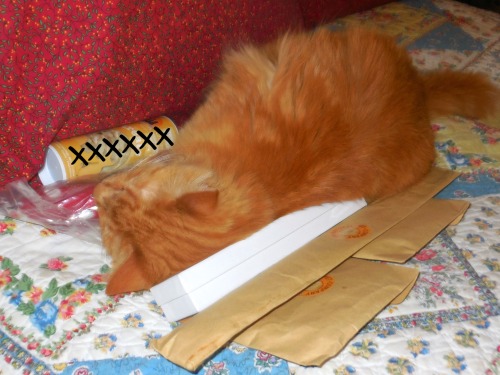 Sherpa is the chief package inspector in this household so of course he felt the need to check out what I was sending to the Farm cats’ Secret Paws Pals. He did a very thorough sniff test of what we are sending. He meowed that the catnip was “primo.” Given his excellent inspection I do believe that his recipients will also get some of his primo furs. Sorry about that! 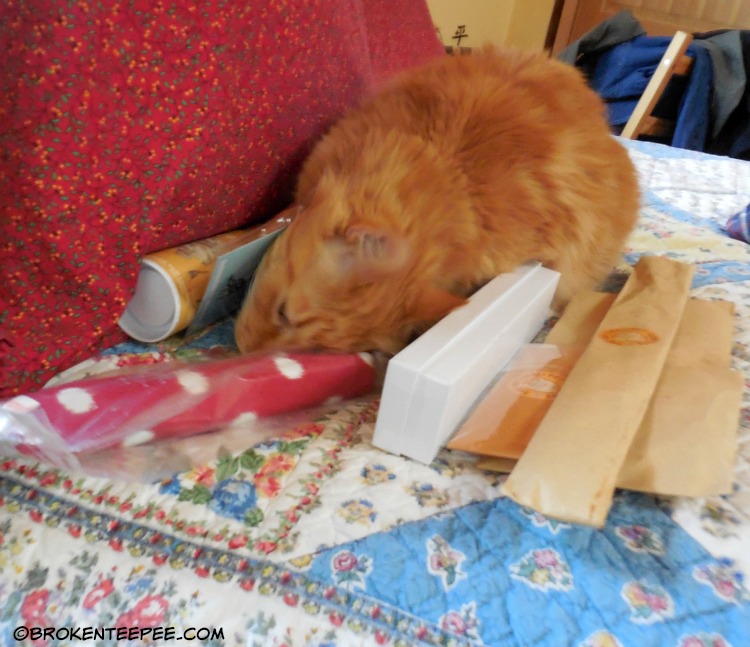 I’ll be getting everything wrapped tomorrow and packed up into a mailing tube to go out into Monday’s mail. That is if Sherpa will relinquish it to me. I think he ran off with one toy. As if he doesn’t have enough of his own! He is something else, that Sherpa. 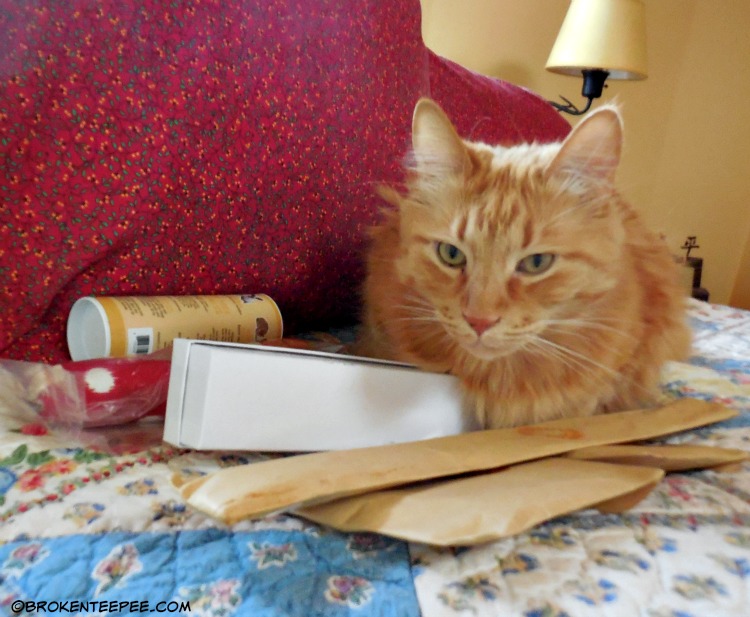 He did eventually realize that these toys were not for him. Trust me, he survived. He did get some treats for doing such a good inspection job. Pricilla will be sending something for the cats’ slave. She knows what it is like to have cats around.

The Farm cats will be sure to report on what they receive when their box arrives. I’m sure they will report on the box as well. They are cats after all and sometimes the box is as much – if not more – fun than what comes inside. Silly cats!