Books, Cooks, Looks
Fashion and Style ~ Life on the Farm

Shopping for a New Dishwasher in a New Spring Outfit

The dishwasher died. Let’s all bow our heads for an appliance that should have lasted for more than 6 years. I was not happy; this was the second appliance that we bought for the new house that has died far before its time. We had to replace the stove two years ago. Now the dishwasher – does a computer monitor count as an appliance ’cause things come in threes and I am not ready to have to buy another appliance. At least the monitor was something like 15 years old. THAT I can understand having to replace.

Having to find a new dishwasher had us heading down to Missoula to shop. The hubby did a fair amount of research ahead of time and we were figuring we’d get a Bosch. The reviews were good and I’m very happy with my range. But we got there and the salesman showed us the Miele dishwashers – who knew? I thought they only made vacuums! I actually have one of their vacuums and it works like a dream. So we ended up buying a Miele. They even had a black one in stock – I would have suffered a stainless if that was all they had in stock. The hubby was able to go down and get it the next day.

But for our shopping trip I figured I’d wear a new outfit! I don’t get off of the farm all that often so I thought I’d have some fun and pull out something nice and Spring-y.

I had purchased some more pieces from LuLaRoe – I have to admit I’ve fallen in love with their maxi skirt. They are so comfortable. I do think I’m going to have to size down if I buy any more but I can still get these XS to work. I bought this one because of the print – the company does have some really beautiful prints! It’s a really pretty pink flowery explosion that is just perfect for spring and summer. 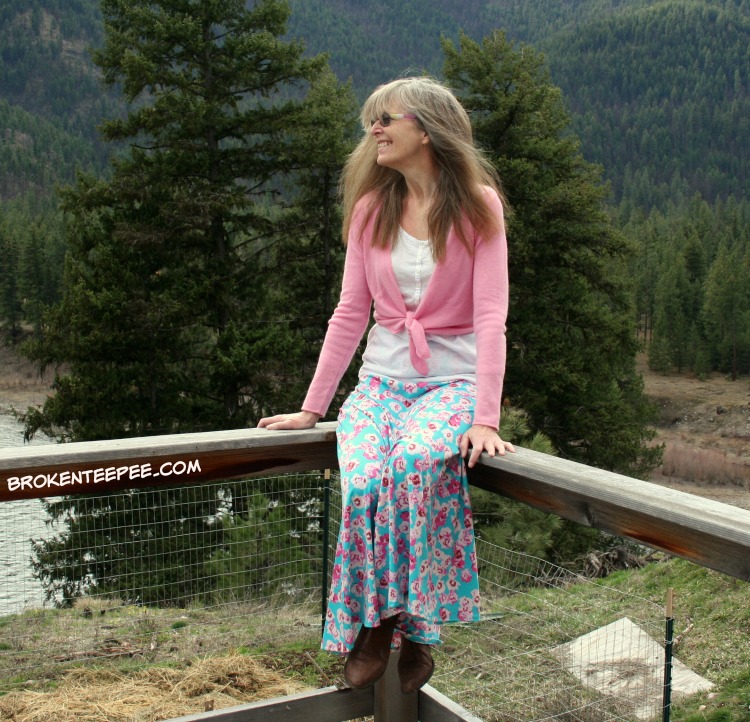 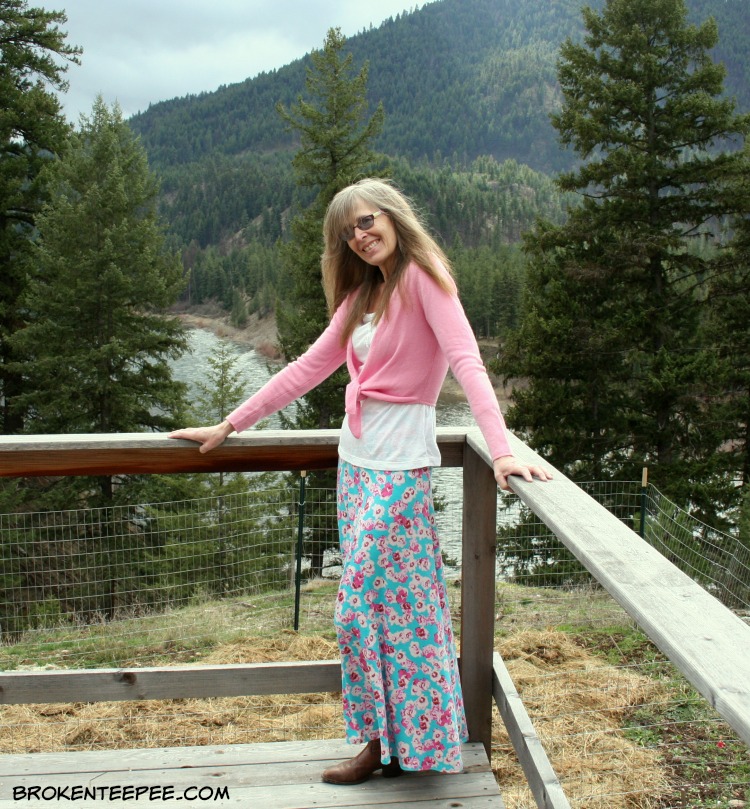 I do have a pair of LuLaRoe leggings on underneath which kept me nice and warm and offered the same coverage a slip would have. They are just a shade darker than the aqua color of the dress. And of course my cowboy boots. It was a perfect balance of spring and YIKES! it’s still a bit cool around these parts. 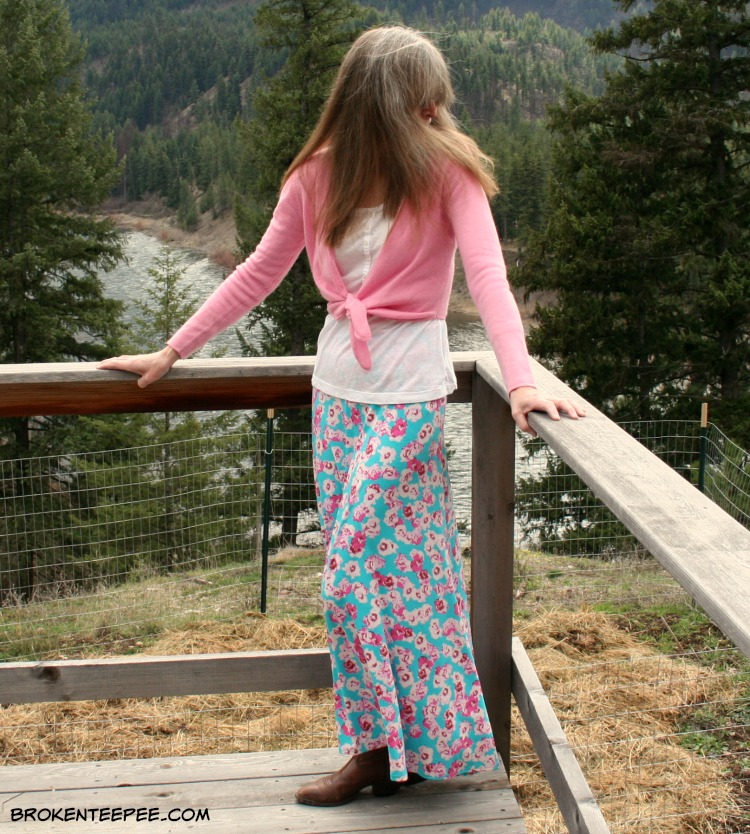 It was also a bit windy while we were taking the photos leading to some Cousin Itt moments. Such is the joy of changeable weather. It was nice to feel pretty while shopping and while out to dinner. 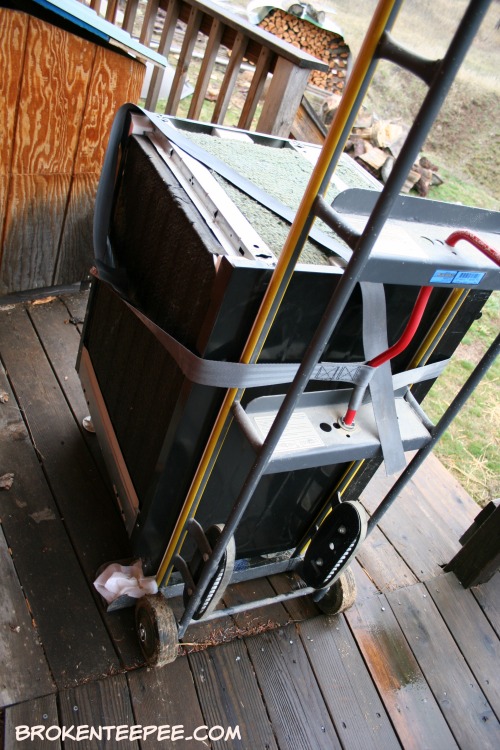 On Sunday the hubby took the old dishwasher out and drove it to Missoula so it could be hauled to the dead appliance graveyard and he picked up the new one. 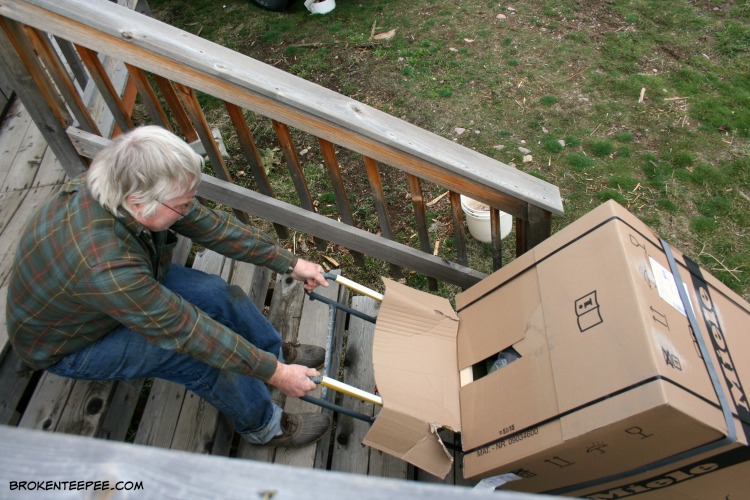 It was a big job! But he did it! He hauled that baby up the steps and into the yurt. Then we unpacked it and he set about installing it. 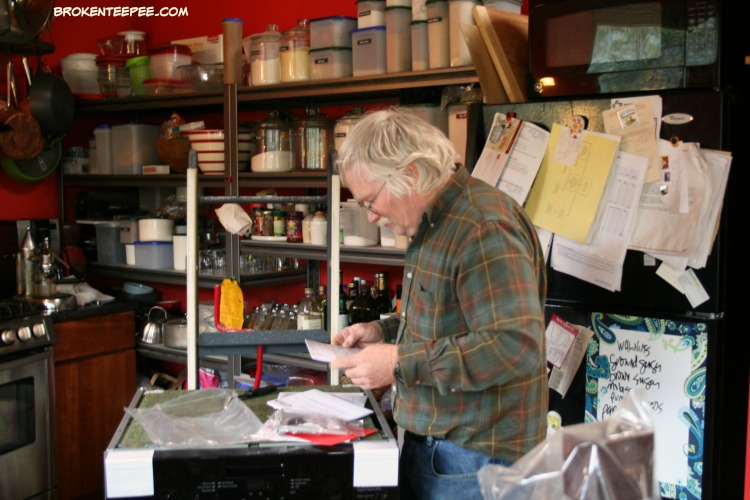 Believe it or not he actually read the instructions! It took a little finagling since the first dishwasher was a hard install and this one needed an outlet but it eventually went from sitting in the middle of my kitchen. 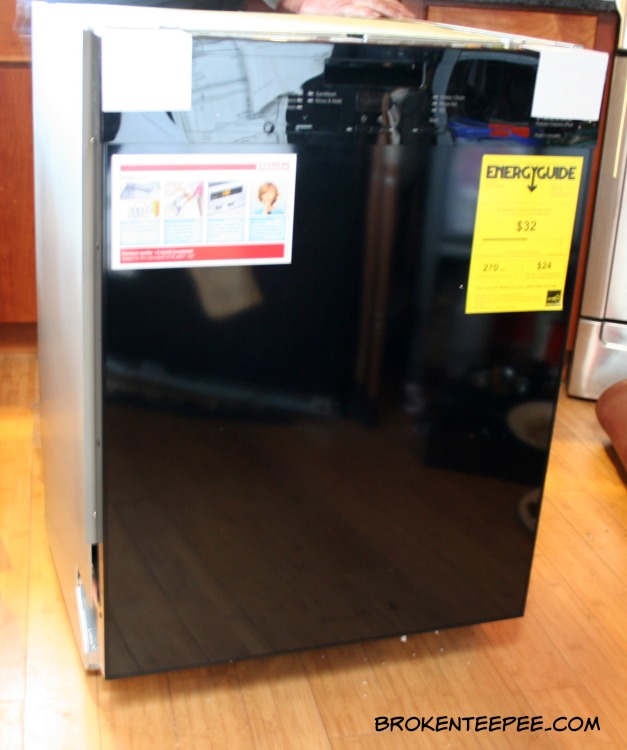 To under the counter where it belonged. I tried to take photos but the big black block under the black counter just wasn’t working for me or the camera. Maybe if some sun ever shows up… but trust me, it looks awesome. And it washes dishes like a dream. The even better news – it’s quiet! I can’t believe how quiet it is.

Now everyone keep their fingers crossed for me that nothing else dies.