As anyone who regularly visits here knows I love historical fiction more than any other genre. The first book I remember reading of the historical fiction variety was Desiree by Annemarie Selinko. The book was written in 1953 but I read it sometime in the 70ies. I am very fortunate to have the opportunity to read a lot of great books each year but there are still so many books! This is a sort of wish list of historical fiction books I would love to read but aren’t on my review schedule. 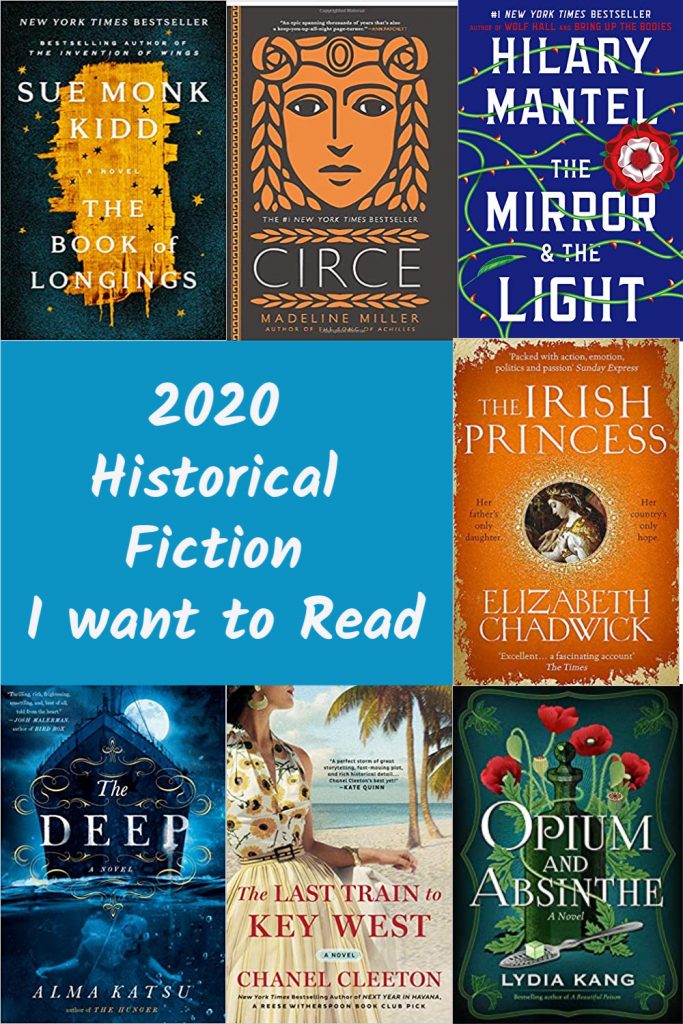 These are in no particular order and some are by authors I know and love, others just intrigue me. And this is by no means the whole list as there will always be books I want to read!

The Book of Longings by Sue Monk Kidd

The Irish Princess by Elizabeth Chadwick – (I have read several books by Ms. Chadwick. Read my reviews)

The Evening and the Morning by Ken Follet

The Book of Lost Friends by Lisa Wingate

The Deep by Alma Katsu (I have read all of Ms. Katsu’s books. Read my reviews)

Too Many Historical Fiction Books?

I don’t think so. While I love to get lost in history and it will always remain my favorite type of book to read I have been trying to spread my reading wings a little this year and I am happy about that. I’ve read a little more literary fiction and a few more contemporary fiction books. And despite what you read above I AM trying to read more American history as I tend to spend my reading time in Europe.