I was sent a copy of Local Dirt by Andrea Bemis at no charge. I will pair this on my cookbook shelf with it’s companion, Dishing Up the Dirt – with that review I made some very tasty muffins. 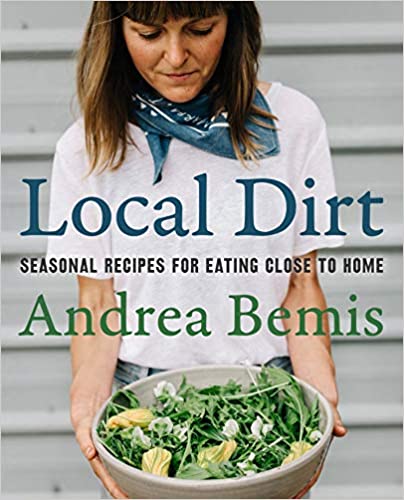 The author of the popular farm-to-table cookbook Dishing Up the Dirt returns with a dazzling collection of inventive recipes using farm-fresh ingredients, inspired by her commitment to supporting the local food movement.

For Andrea Bemis, eating locally is a way of life. After all, her and her husband own and operate an organic vegetable farm in the Pacific Northwest, and the produce they grow—from kale and kohlrabi to beets and butternut squash—is at the heart of the meals they serve and eat at their dinner table. They supplement their harvest with food produced by their neighbors, including the ranchers who supply their meat, and the orchardists who provide their fruit.

Andrea has always identified as a sustainable eater—until one day, when she opened a can of coconut milk and realized she had no idea where it came from. This propelled her to look more closely at her pantry, taking stock of the other ingredients that may have traveled some distance. Considering the energy used to transport the avocados, olive oil, and lemons to her Northern Oregon kitchen, she came up with an idea—a 30-day challenge to cook and eat only local food grown from local dirt, using ingredients produced within 200 miles of her home.

In Local Dirt, Andrea shares her journey through stories, photographs, and more than 80 recipes, re-creating a not-so-distant world when the ingredients cooked and eaten were produced within local communities. Organized by season, the delicious and creative dishes in this truly sustainable cookbook includes Fennel Gratin, Kohlrabi Yogurt Salad with Smoked Salmon, Winter Squash Toast with Honey & Hazelnuts, and Zucchini Swiss Chard & Chickpea Stew. Best of all, the recipes can be adapted to utilize any local fare.

Ultimately, Andrea found that the “challenge” she set out for herself wasn’t a challenge at all, but an opportunity to go back to basics, slow down, and connect even more deeply with her community. In Local Dirt, she offers the inspiration, instruction, and advice we need to eat deliciously and sustainably.

Andrea Bemis is the writer, recipe developer, and photographer behind DishingUptheDirt.com. Her recipes and Tumbleweed Farm have been featured in print and online publications, including the New York Times, The Kitchn, Well and Good NYC, EatingWell, and Epicurious. She lives in Oregon.

Local Dirt is divided up by seasons with recipes that make the best use of what is in season. As I looked through and decided what I wanted to make this chicken recipe is what caught my eye. It’s from the spring section of the book but I had everything on hand to make it so I through the seasons to the wind. We grow our own garlic and potatoes here so I used them. We really don’t harvest anything in the spring because well, we really don’t have much of a spring. Winter just kind of slushes into summer. I did adapt this recipe slightly to adapt to what I had on hand.

The recipe in the cookbook calls for this to be cooked in the oven but just as I was preheating my oven decided to die so I had to make this on the stovetop. It was easy to adapt and you have to love a recipe like that. Now to hope the oven is an easy fix! 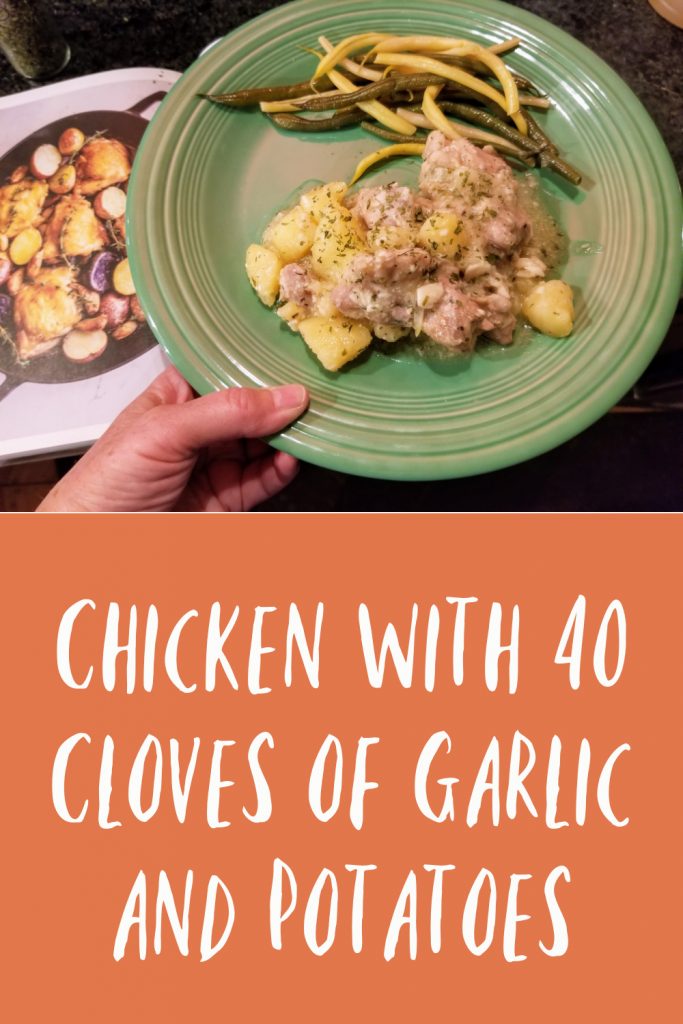 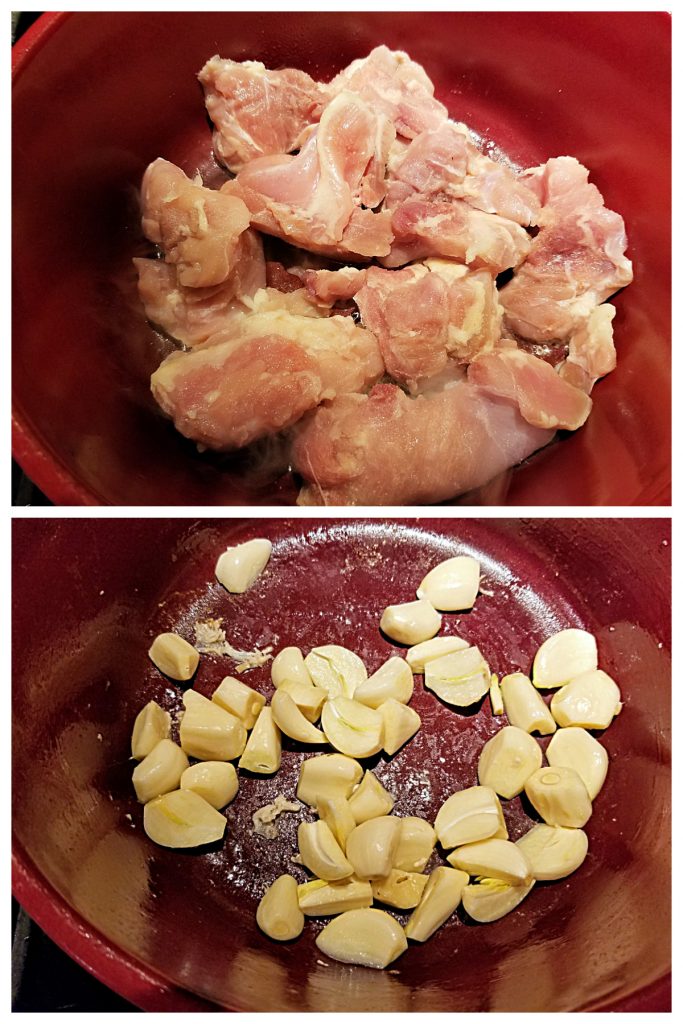 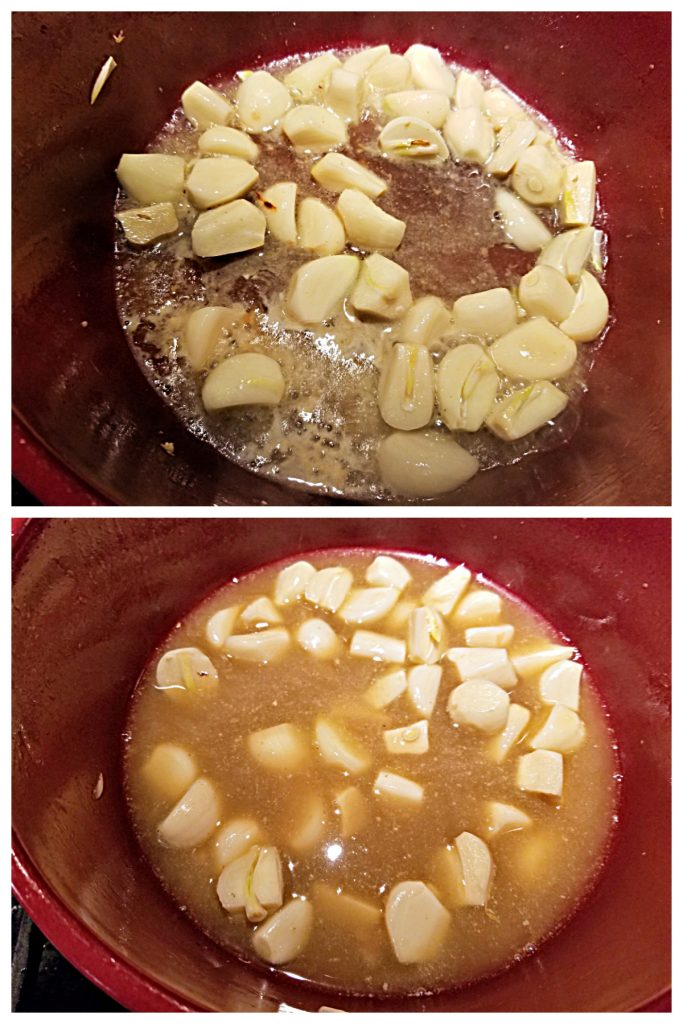 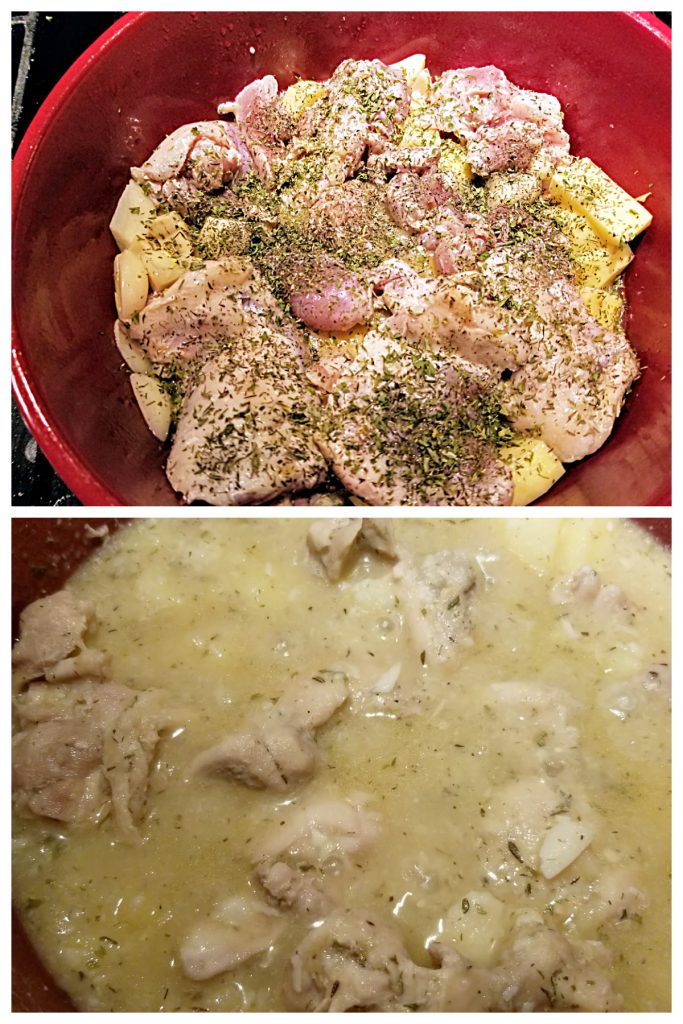 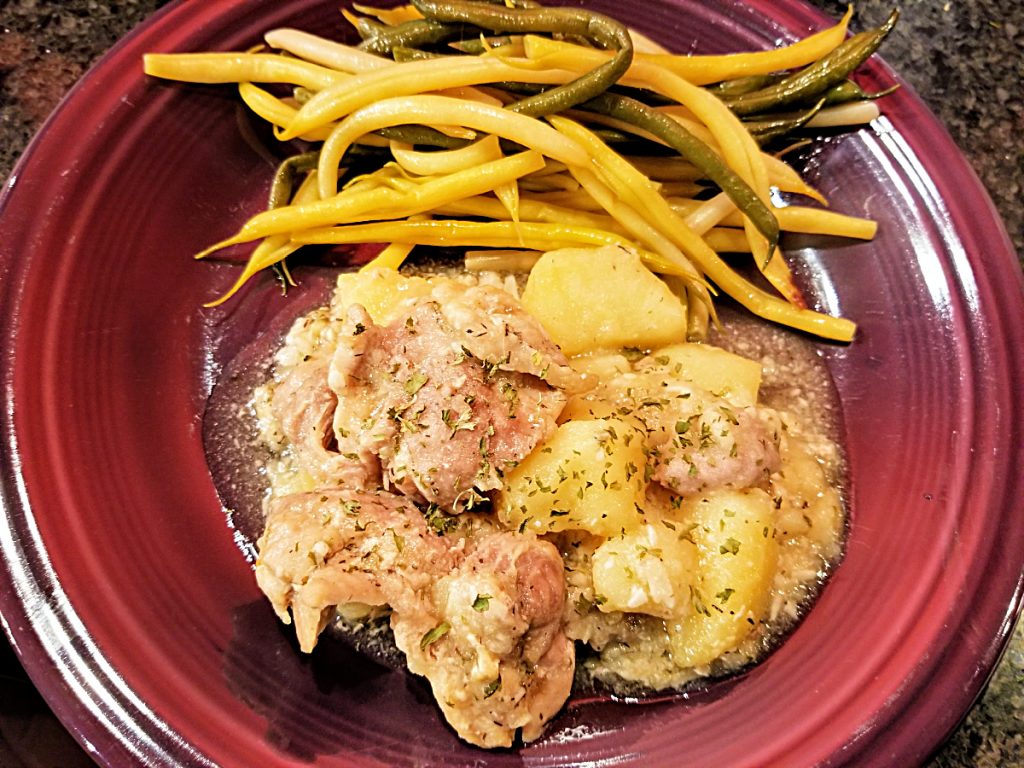 How Was the Chicken with 40 Cloves of Garlic?

It’s not pretty but it’s super yummy. The garlic mellowed beautifully and the broth was just so, so good. The potatoes almost melted into it making it like a super thick, rich gravy. The chicken was wonderfully flavorful and moist. There were no harsh flavors here or no overwhelming GARLIC taste. It was just a delicious, chicken broth with an underlying garlic flavor.

I will try it again when I have a working oven to see if cooking it that way makes any difference in the final result but I am not at all displeased with this flavorful stew. 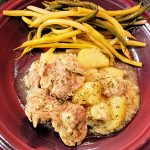 The recipe in the cookbook calls for this to cooked in the oven but as I went to prepare it my oven died so I improvised.