Where to Eat in Missoula, Montana: The Poke Sushi Bowl

The hubby and I had a myriad number of errands to run so we hopped in the car and headed east to Missoula to get some shopping done and pick up some items he needed for the gardens. While we were down there we decided to try a brand new restaurant, The Poke Sushi Bowl. Apparently poke is the new on-trend food these days which is amusing because it was something we ate all the time on our trips to Hawaii and I make it here at home only I call it sushi salad. 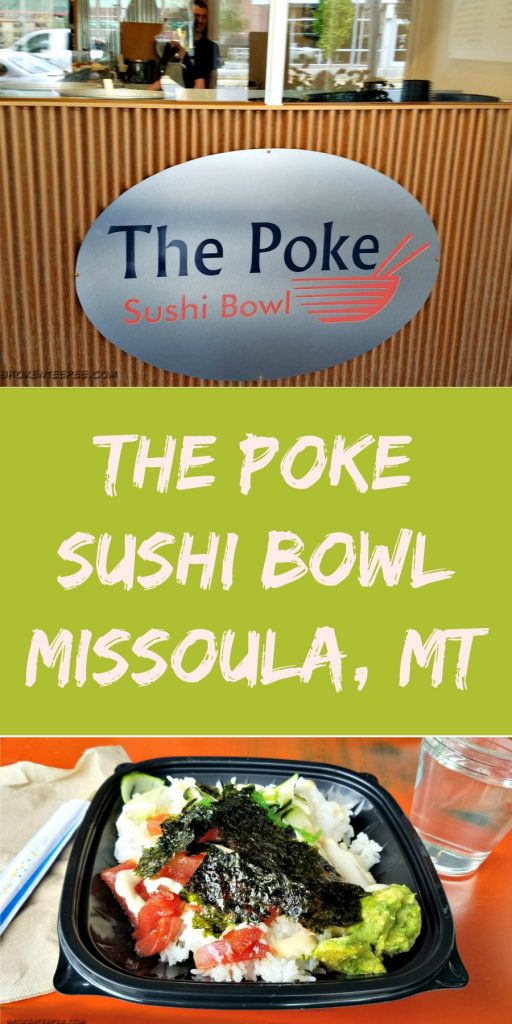 What is The Poke Sushi Bowl?

It’s not a traditional sit down restaurant, you can stay and eat but a fair number of the people who came and went while we were there were taking their food out. The space is small with some counter seating inside and a few outside tables. The place was very very clean and the two people working were very pleasant and helpful. 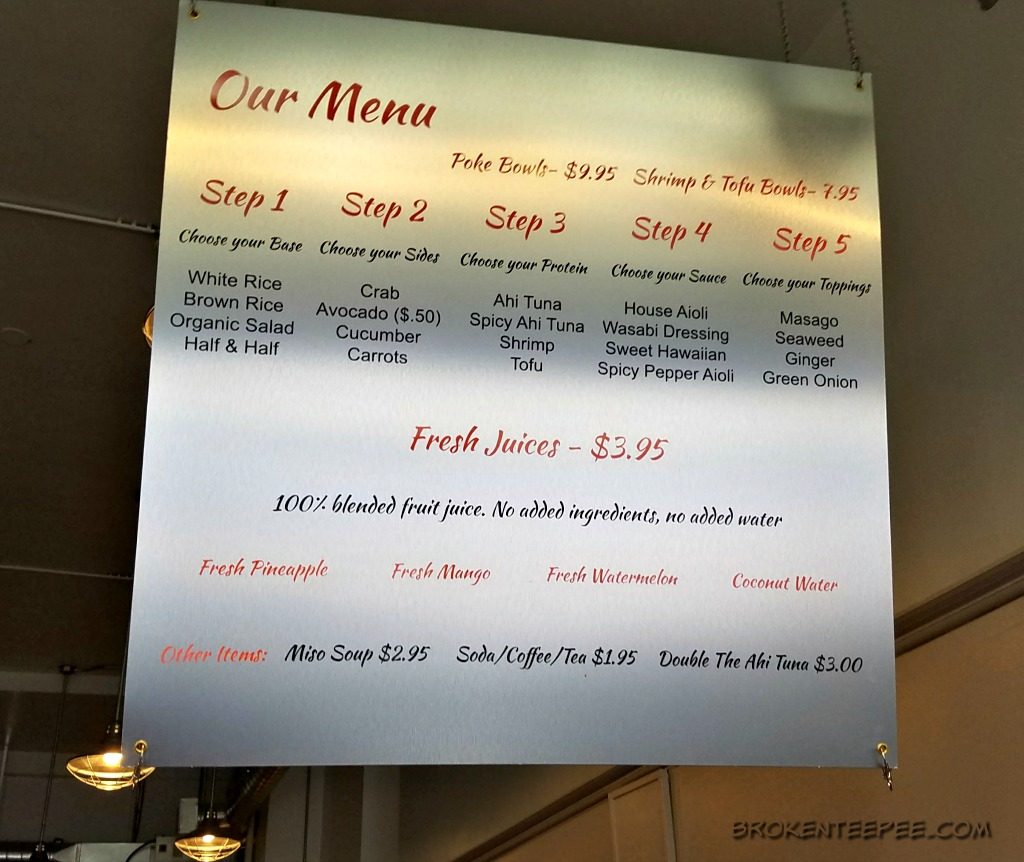 The menu is small and not complicated. You start with a base; white rice, brown rice, salad or half and half. Then you can have any or all of the sides (avocado is fifty cents extra). A protein choice is next – regular ahi, spicy ahi, shrimp or tofu. After that is a choice of dressing and finally the toppings. When you check out you are offered nori and wasabi peas if you would like and a roll. You end up with a generous bowl of food for around $10. The menu also offers fresh fruit juices.

Overall we both enjoyed our choices. This restaurant just opened in mid-April so they are still working out some kinks. We both definitely want to go back to see if the few small problems get worked out. 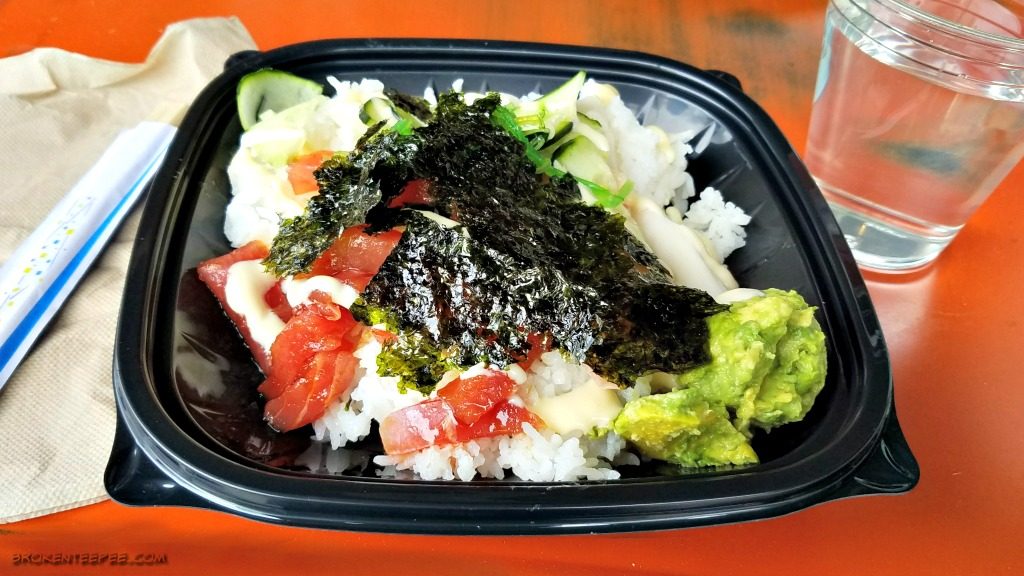 What was good: the ahi was delicious. It was just the perfect temperature and the quality of the fish was excellent. It was in a yummy soy based sauce. The house aioli was a wonderful creamy addition to the bowl with just enough heat to remind you of the wasabi in sushi. The cucumbers were fresh and crisp. The amount of both ahi and surimi given was generous.  The pickled ginger was delightful – sweet and hot as it should be.

What was not so good: the rice – it was soft, mushy and totally unseasoned. Not what you want when it is the base of your meal. The avocado was not ripe; biting into a hard piece of avocado is not enjoyable or tasty. The cucumbers while nice and crisp were also unseasoned. 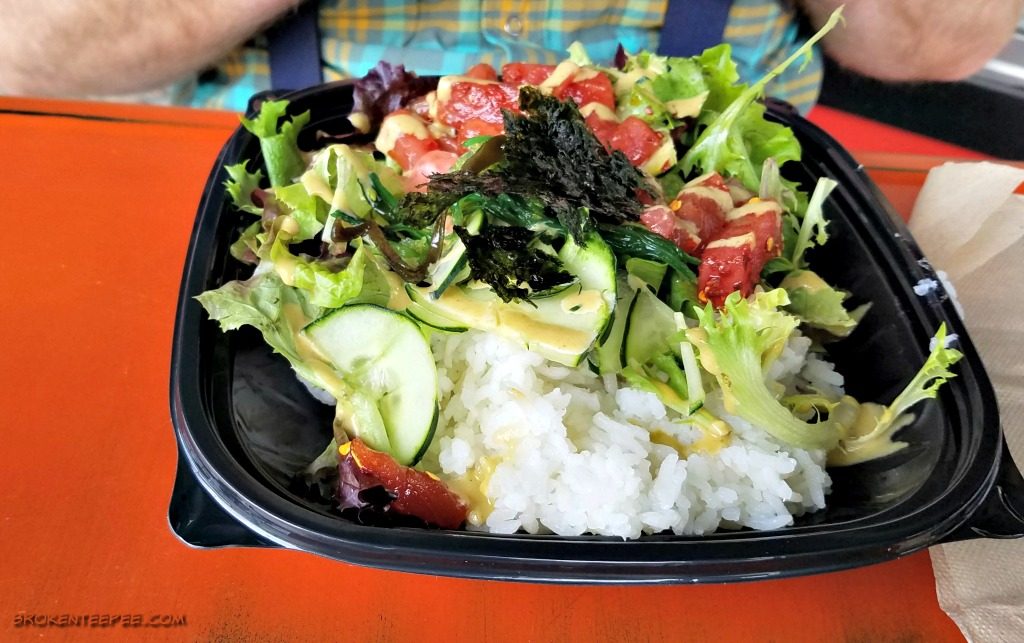 Was the Hubby’s Better?

The hubby had a slightly different bowl. He had a half and half base; half white rice and half organic salad. He took all of the sides and chose the spicy ahi and the wasabi dressing followed by all of the toppings and some dried nori.

According to the hubby the spicy ahi and wasabi dressing were both as billed and provided a healthy level of heat. He felt the same way as I did about the rice but his avocado was not hard and unripe.

The restaurant does provide free water with lemon for its customers which is a really nice amenity. You are given either disposable chopsticks or a plastic fork to use 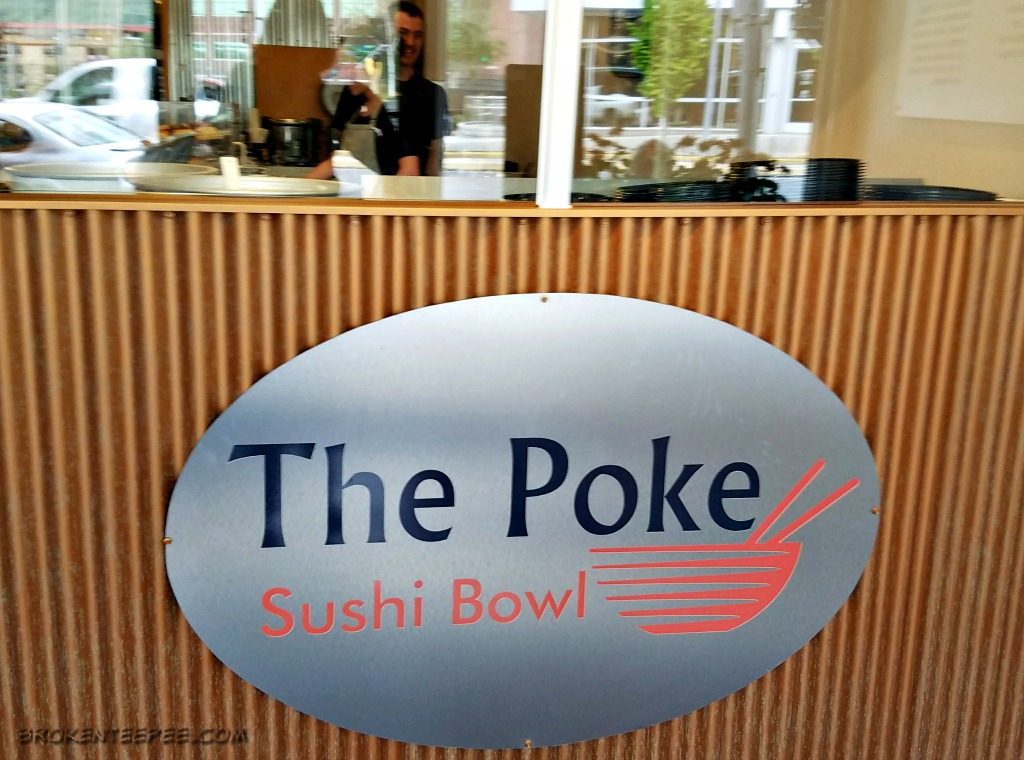 I think The Poke Sushi Bowl can easily sort out their issue with the rice. For all I know today was just a bad day – or this one pot was a bad pot.

You can learn more thepokesushibowl.com

Have you tried poke?