Last night the hubby and I had a date night which was very nice. The Greater Yellowstone Coalition sent me an invitation to attend the Wild Rivers Film Tour at the University of Montana. It is a tour in support of the Wild and Scenic Rivers Act (learn about the act HERE.) There are three more dates in Montana through June 1: 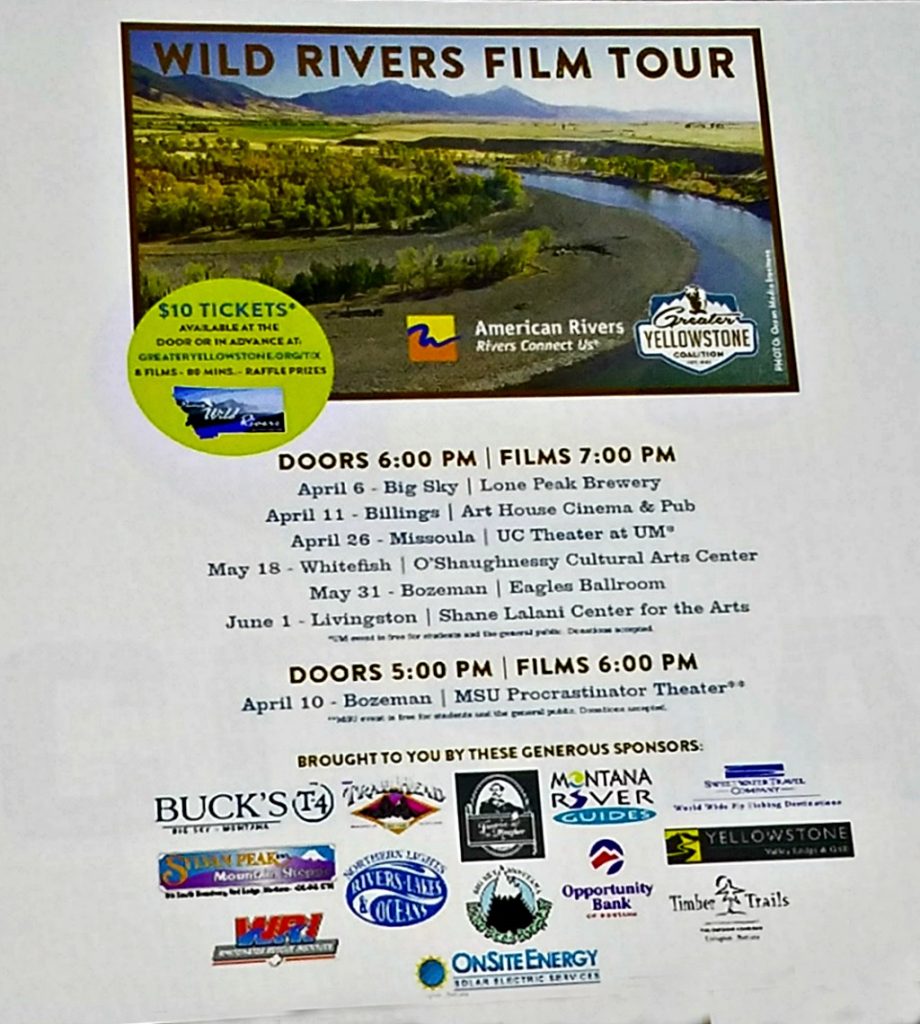 I don’t begin to be an expert, but the act designates certain rivers for protection – very few in the whole of the country fall under it currently. The Greater Yellowstone Coalition is working with American Rivers to get more rivers in Montana protected. The film tour included a series of short films promoting rivers in the West and all they offer; fishing, boating, irrigation, and beauty among other things.

The Super Salmon – TRAILER from Ryan Peterson on Vimeo.

The series ended with one called The Super Salmon which is about the attempt to build a damn on the Susitna River in Alaska. It also details the travels of a salmon that was radio tagged – just watch it. You will laugh. You will also cheer for the people of Talkeetna. 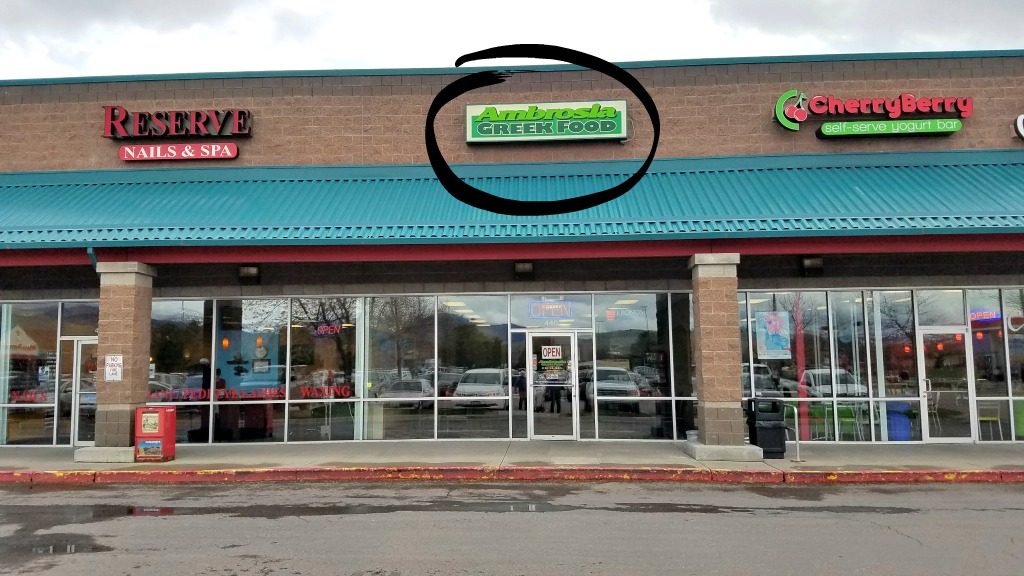 You wouldn’t know you were going to get a really good meal from looking at it from the outside. I love restaurants like that. I had one thing in mind when we went in; truth be told I really didn’t even look at the menu. I wanted a gyro and that was all there was to it. 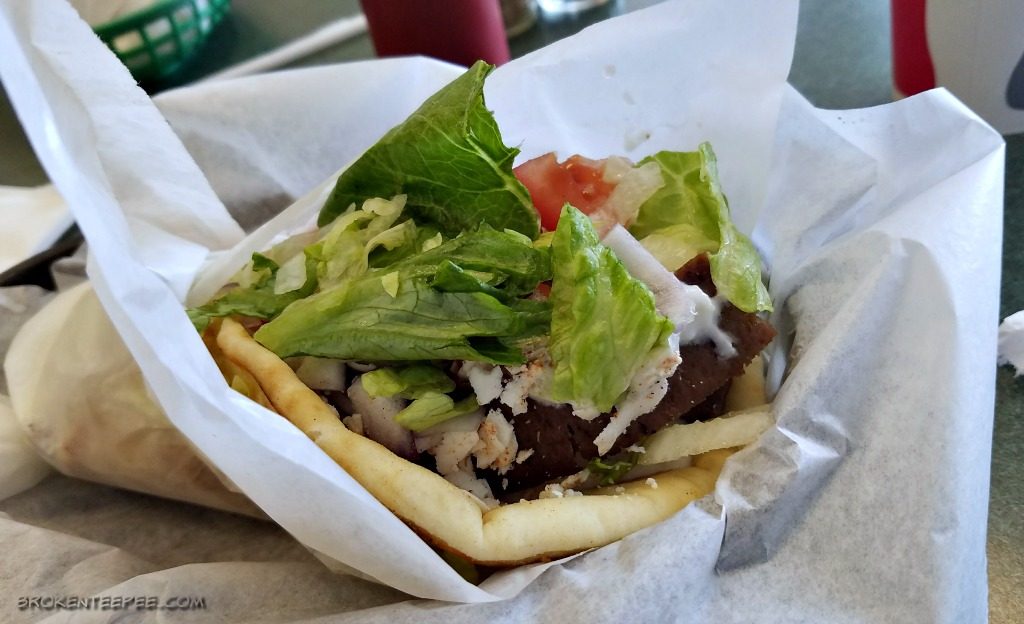 So I ordered a gyro. So did the hubby – he added feta to his. As you can see the gyros are very generous; lots of lettuce and tomato (he had onion, I did not) and big, flavorful chunks of the meat that makes a gyro a gyro. It wasn’t those thin slices you get sometime, there were thick pieces. The meat was perfectly seasoned – just what you expect when you order one of these classic sandwiches. 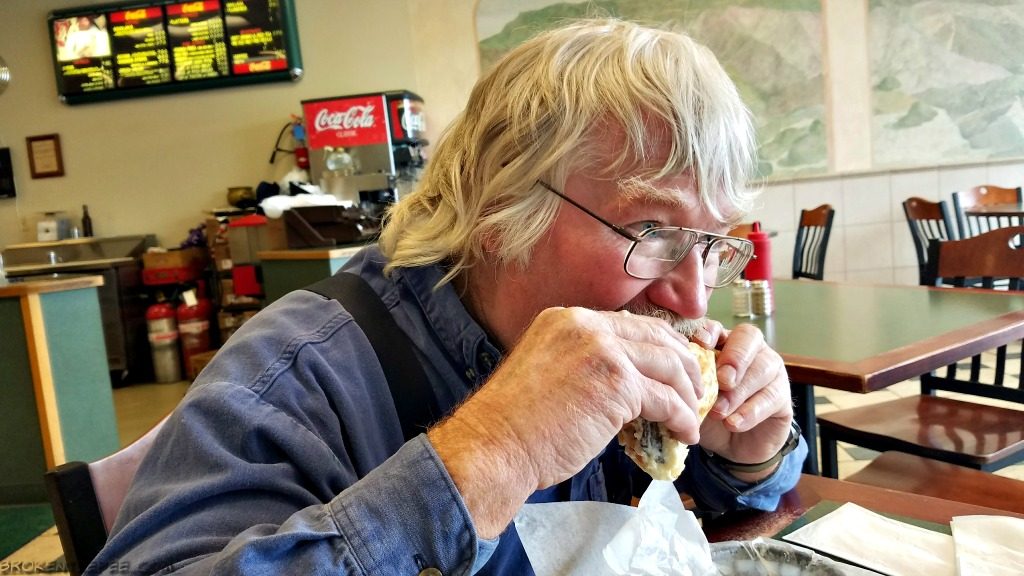 The tzatziki was potent – if I had a complaint at all this might be it. It was incredibly garlicky. It was great while eating the gyro but after  I was done, all I tasted was garlic. Even after my salted caramel ice cream from our favorite ice cream stand, the Big Dipper,  I was tasting salted garlic caramel.

THAT was not pleasant. I was longing for a mint.

But this is a minor complaint. I just know that the next time we dine at Ambrosia I should be sure I carry some mints.

Our dinner was very reasonable, both sandwiches with drinks was under $16. If you are looking for quick, easy and delicious Greek food in Missoula I would definitely recommend Ambrosia.

It was a nice date night for both of us. The short films about the beautiful rivers in the West offered gorgeous scenery and a lot to consider on climate change. The Wild and Scenic Rivers Act is an important issue and the nation’s rivers really need our protection. To learn how you can work to protect them go to americanrivers.org

Dinner at The Poke Sushi Bowl