Pumpkin the Farm Cat Gets Frisky – in his own Way.

It was a shocking day in the yurt! PUMPKIN the Farm cat came out to play – and he was one frisky cat. He rarely shows his furry face during the day; he’s generally hiding somewhere. Today I came out into the living room and he was sprawled on the floor and he rolled over on his back…. 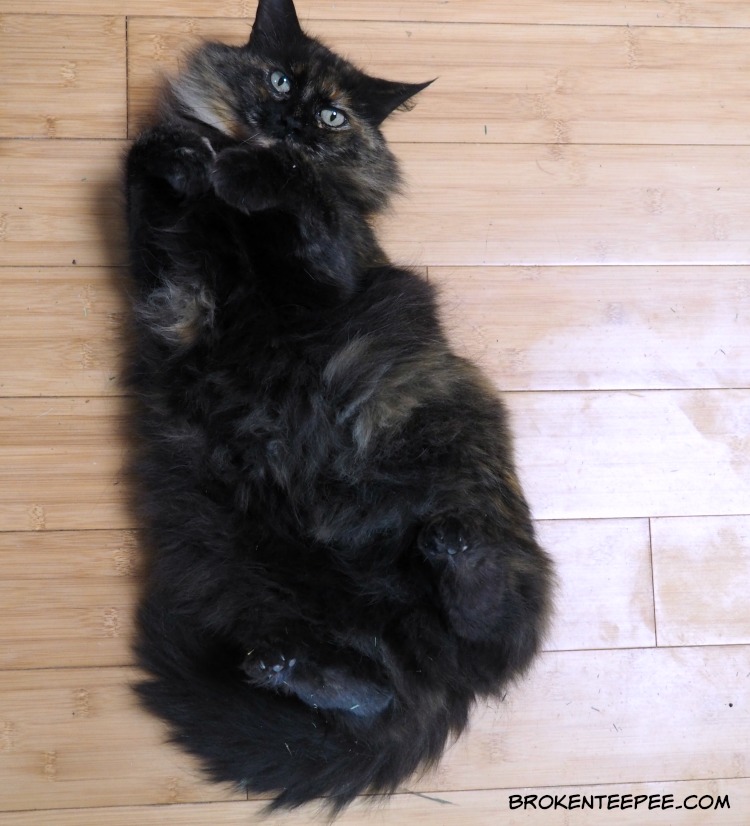 …he squawked and squawked. He wanted his belly rubbed! Pumpkin doesn’t really meow, he more meo-OWKs. So of course I rubbed his fat belly. He does love to have it rubbed. He is a silly boy. When I was done I went and sat down and then I heard these strange noises from behind the hubby’s chair. 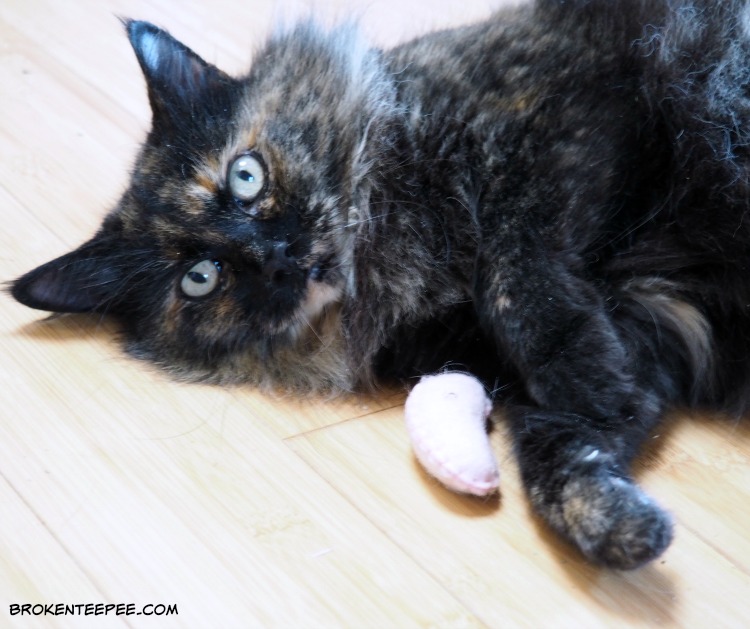 Pumpkin had gotten a toy out of the cat toy basket! I don’t think he’d ever done that before. I watched him play with the catnip jelly bean for a bit and then I got the wand toy. I figured, what the heck! 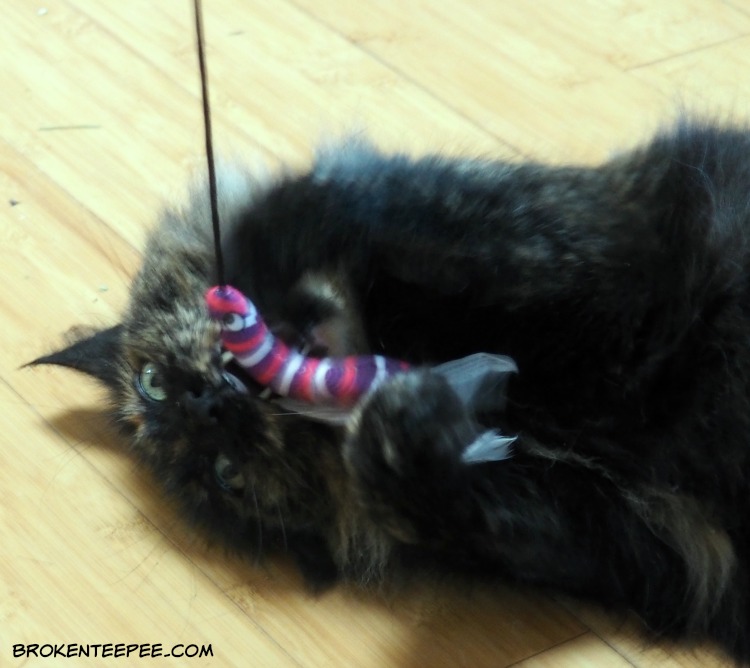 He was a wand playing fool! 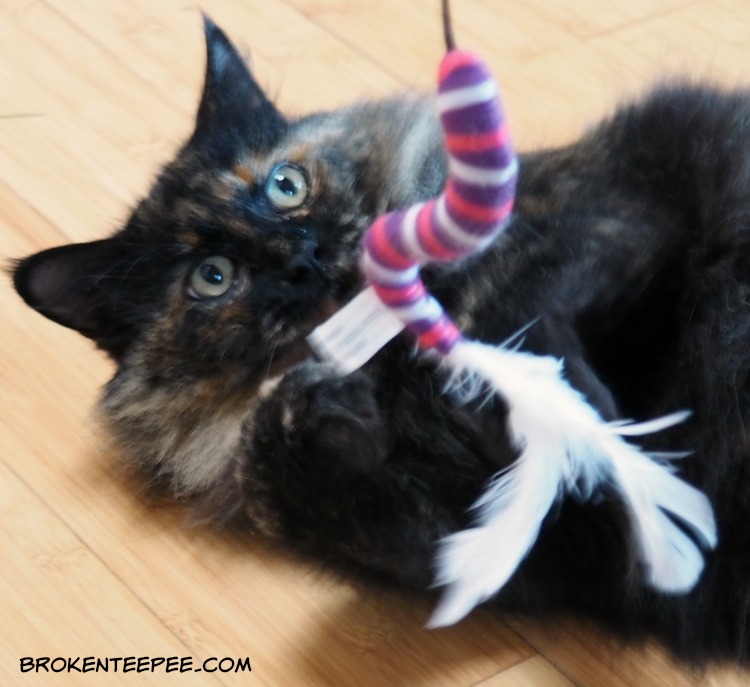 Well, from the floor anyway. Pumpkin never really exerts himself. He swatted, he batted, he gnawed and he chewed but he did it all without getting up from the floor! 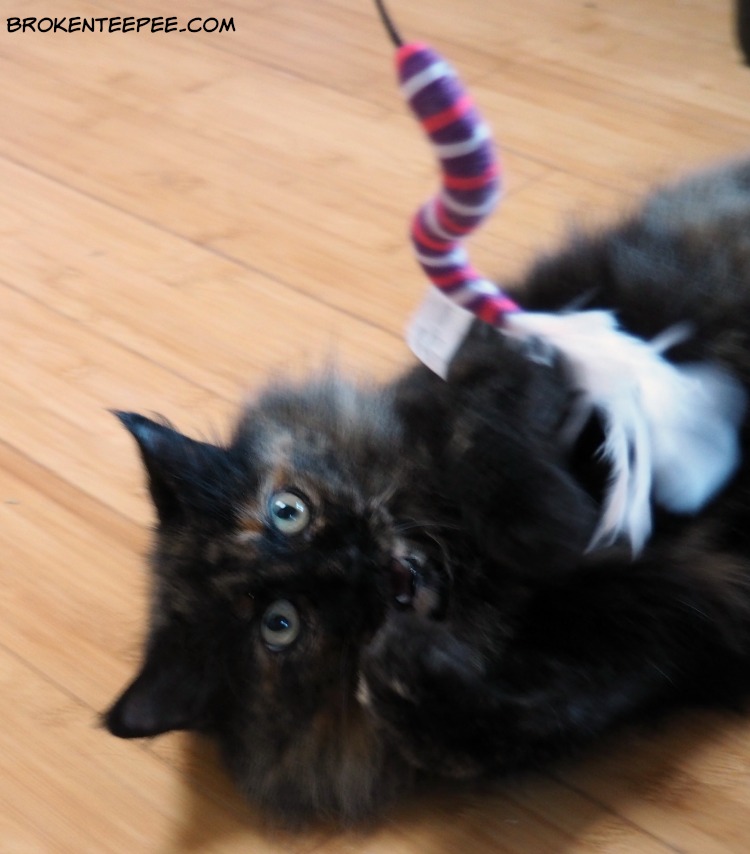 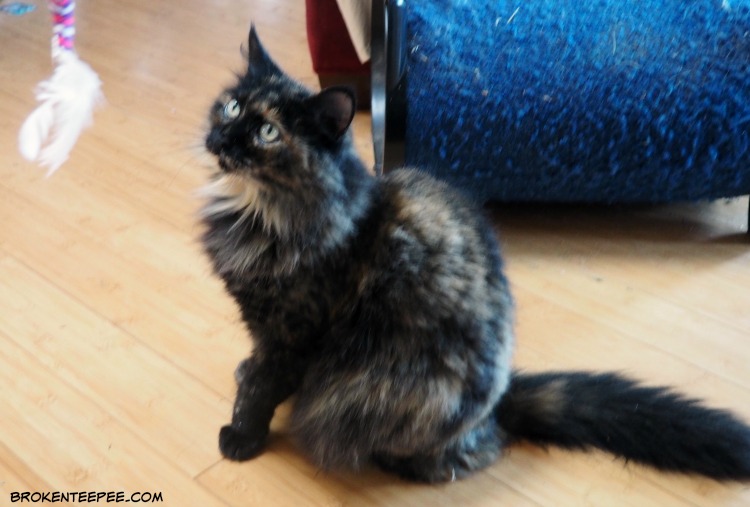 He did finally sit up and attacked some more. He was still in the same spot on the floor mind you.

He then let me know he was tired of all of this “hard work.” He just sat and stared at me and completely ignored the wand toy. I figured it out but was happy for the few minutes he gave me. This was, I think, only the second time I can remember Pumpkin playing like this in all of the years he has been with me. 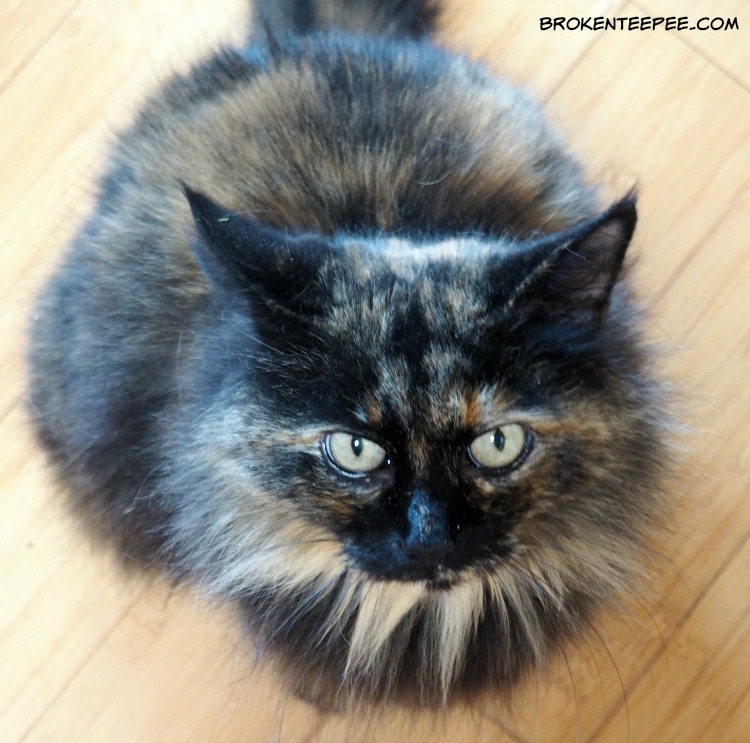 I’m not kidding when I say he is shy and he hides. This is why I am so excited that this happened today. My Pumpkin is not a very social boy so I revel when I get these little moments of interaction.