I am a big fan of online thrift shopping as I have written about several times before on the blog. ThredUp is my favorite place to search for gently used clothing or new with tags pieces that people have sent in for resale. I love, love, love finding new clothes that are being sold for so much less than the tag price.  It’s the thrill of the hunt when shopping secondhand first.

This post contains affiliate links which means if you make a purchase I will receive a small commission at no additional charge to you. 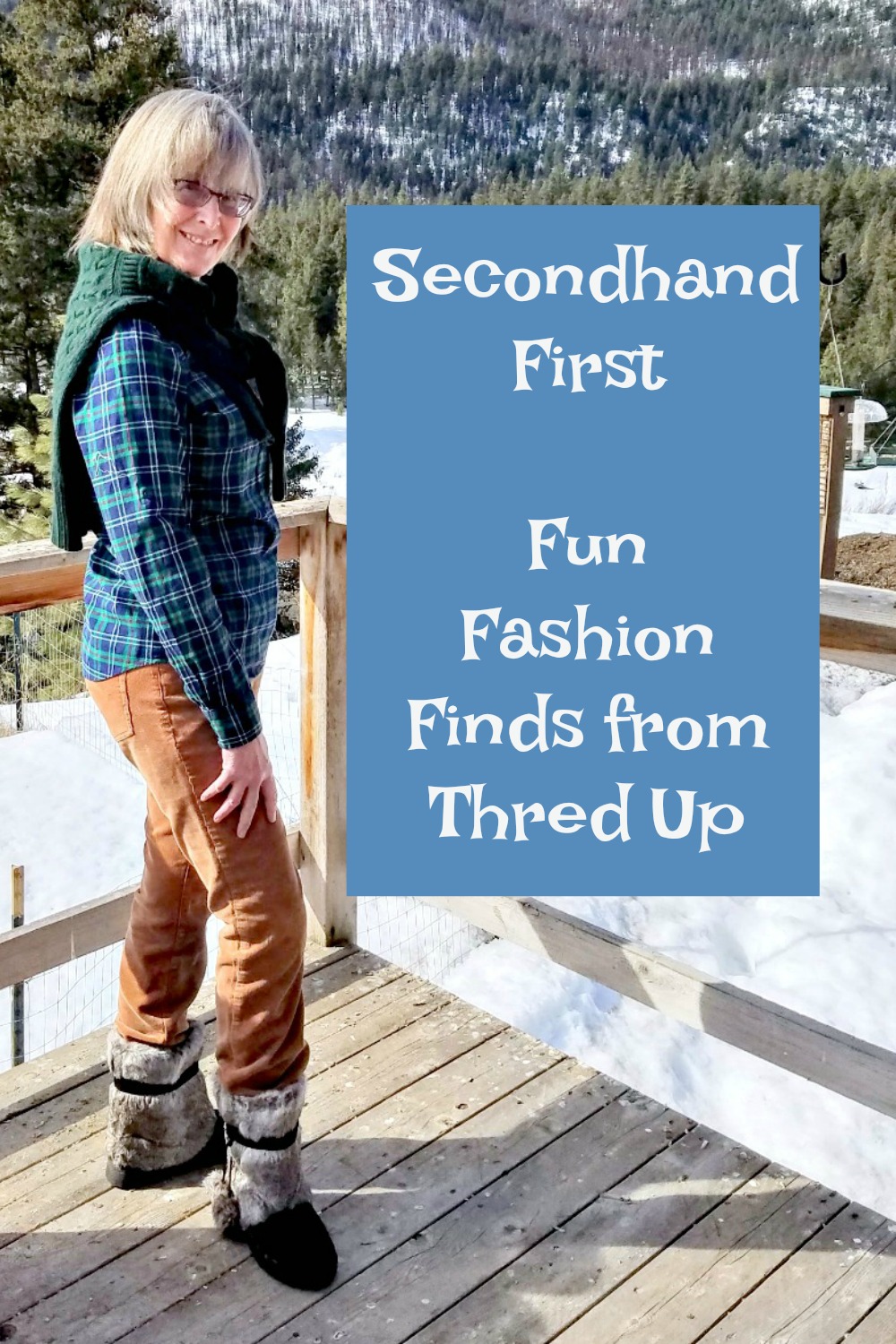 Secondhand First from Thred Up

I have been shopping from Thred Up for several years now. In fact, I would say that 85% of my clothes purchases are from the site at this time. I have been very happy with everything I have chosen. In the last year or so the Thred Up Goody Box program was launched and I have gotten three of them so far. Each one has been unique and has been filled with items I have found to be useful and fun.

This latest goody box was a little more eclectic than my last two boxes but that’s OK. To me, the surprise of what’s in the box is half of the fun! The video above shows everything that was in the box and now I’ll show you how it fit and what I thought: 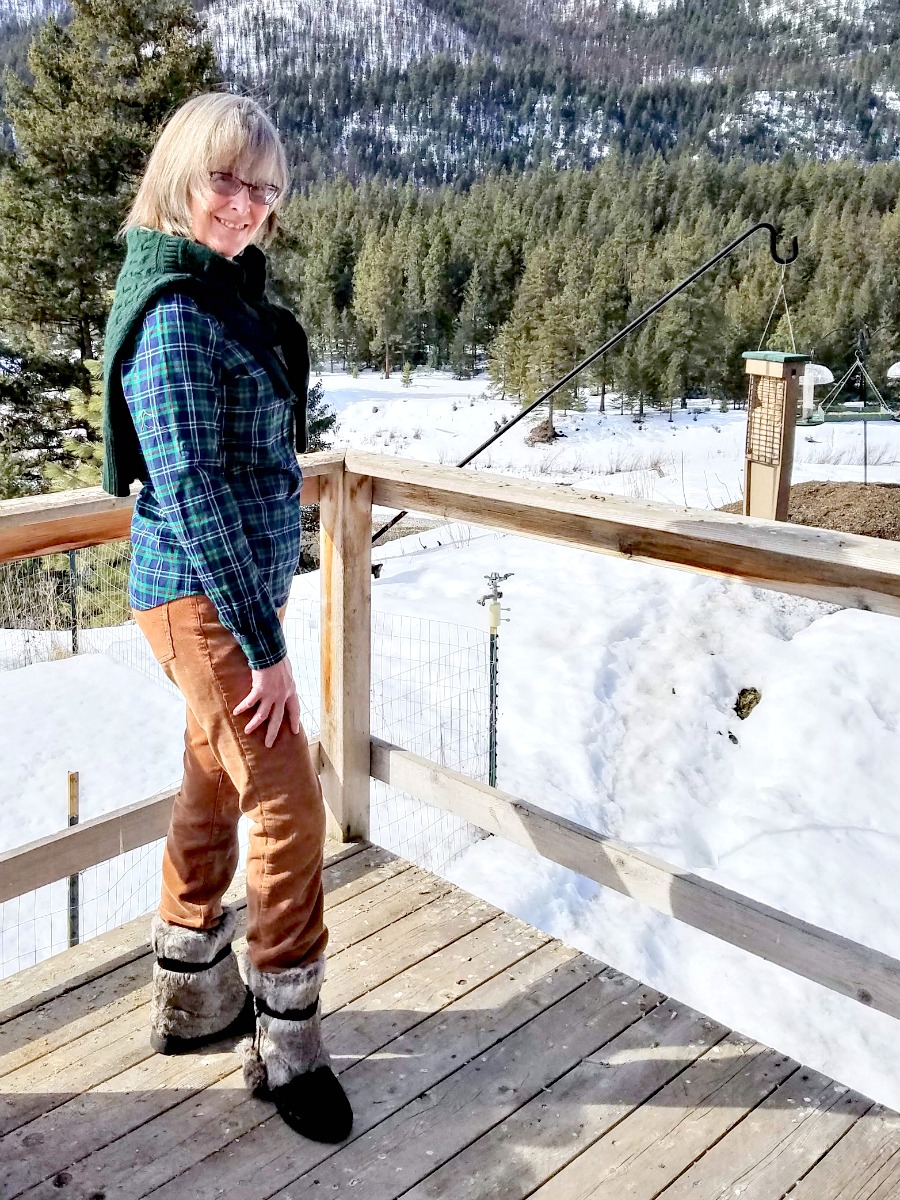 It was a previous Goody Box that introduced me to the Vineyard Vines brand. I had never heard of it but it has become a favorite for cords. They fit me like a dream so now I snap them up when I find them in my size. This pair of brown cords looked brand new and were only $19. The Vineyard Vines button down shirt was $26.99. It fit but it just didn’t do anything for me. The J Crew sweater was so small (despite being a Medium) I couldn’t even get it over my head which is why I have it thrown over my shoulders. It was $21.99 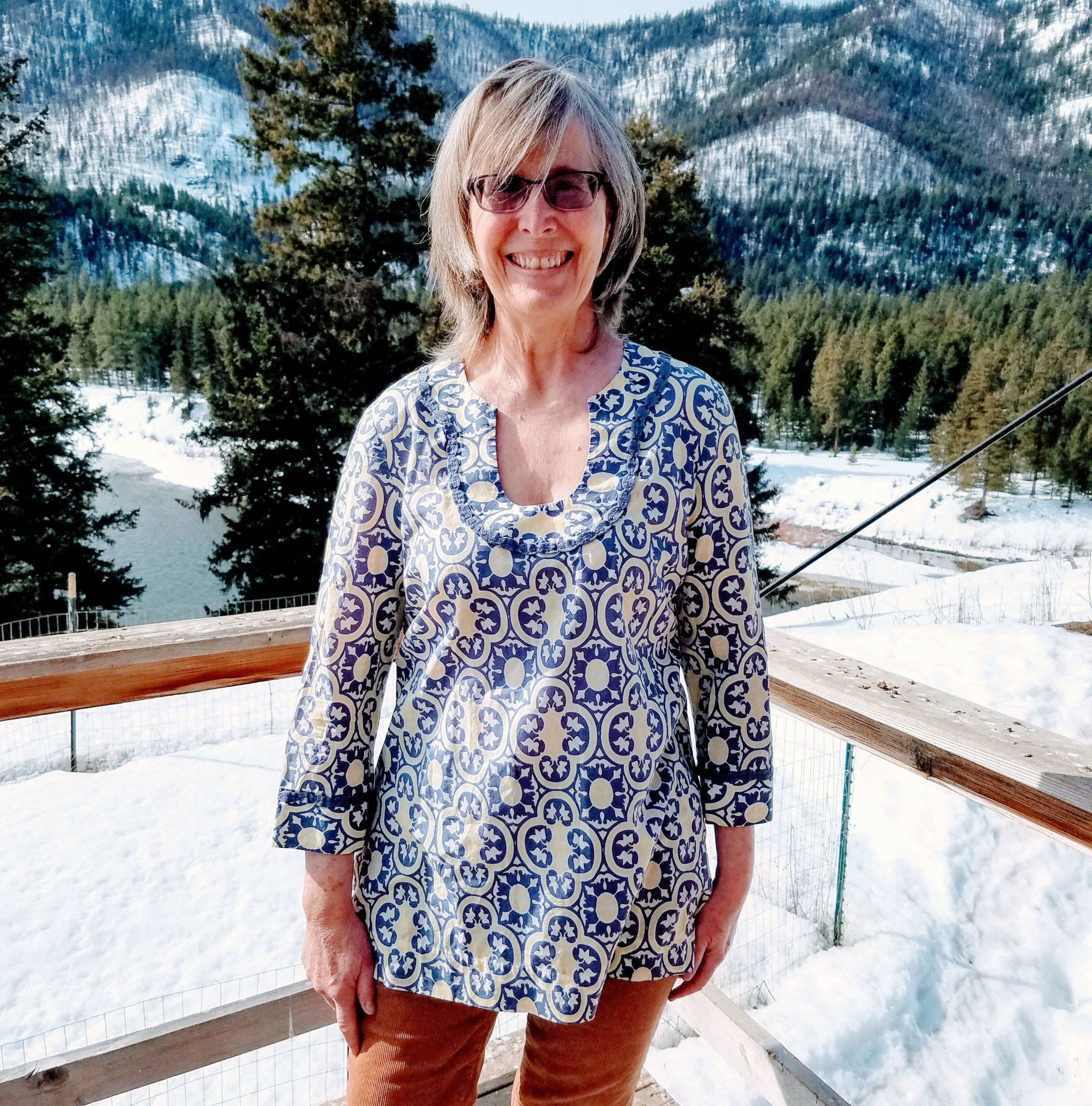 A bit of a misnomer as it was really 3/4 sleeved and I really don’t like 3/4 sleeves. I also didn’t think this did anything f or me. This tunic was priced at $46.99 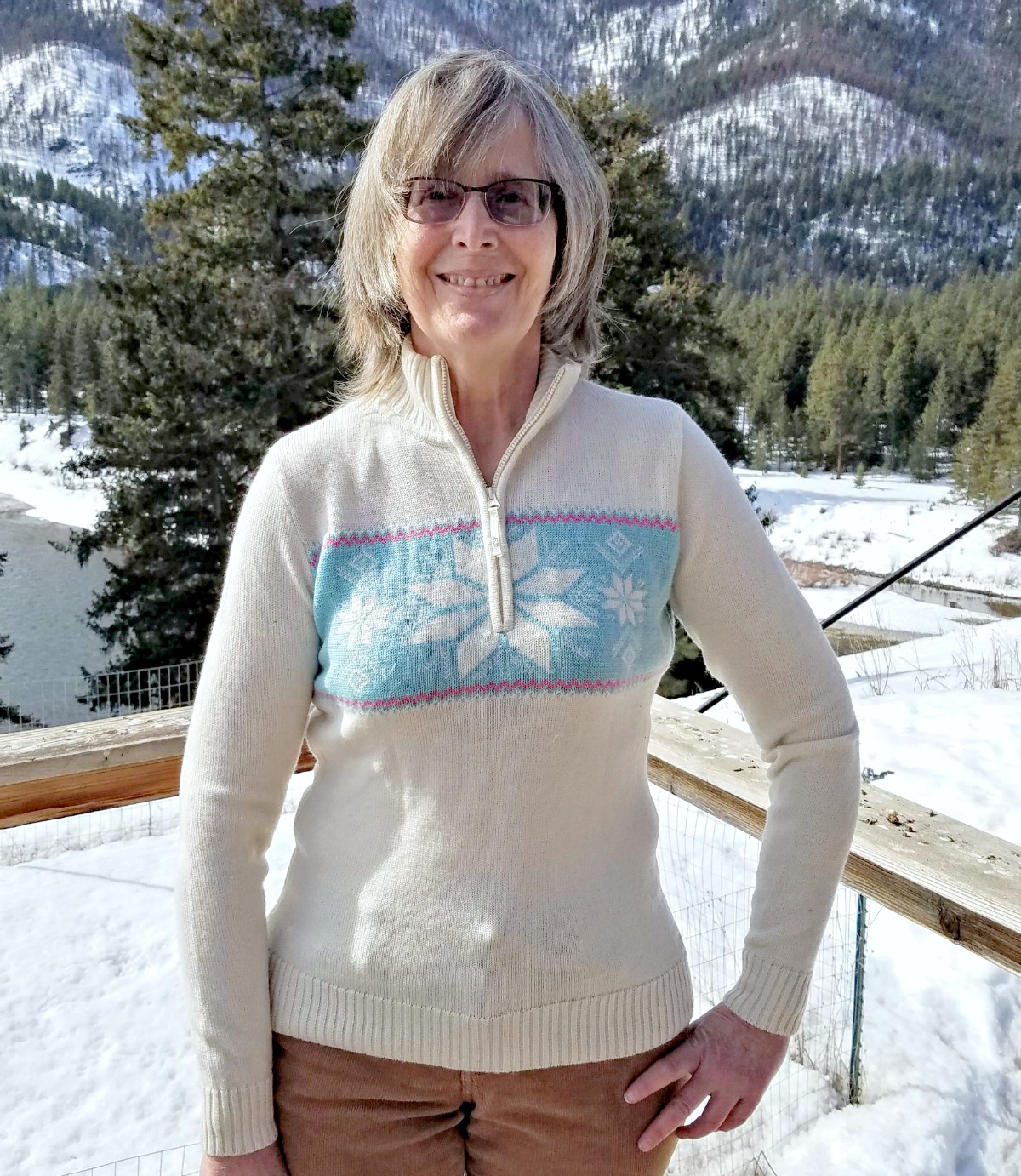 The associate who put this box together for me really went all out for the Vineyard Vines! I really liked this sweater when I pulled it out of the box. It’s super soft and the design is lovely. It had two problems; it was slightly small and there were two small holes in the back. So I was a little bummed. The price for this cashmere sweater was $51.99 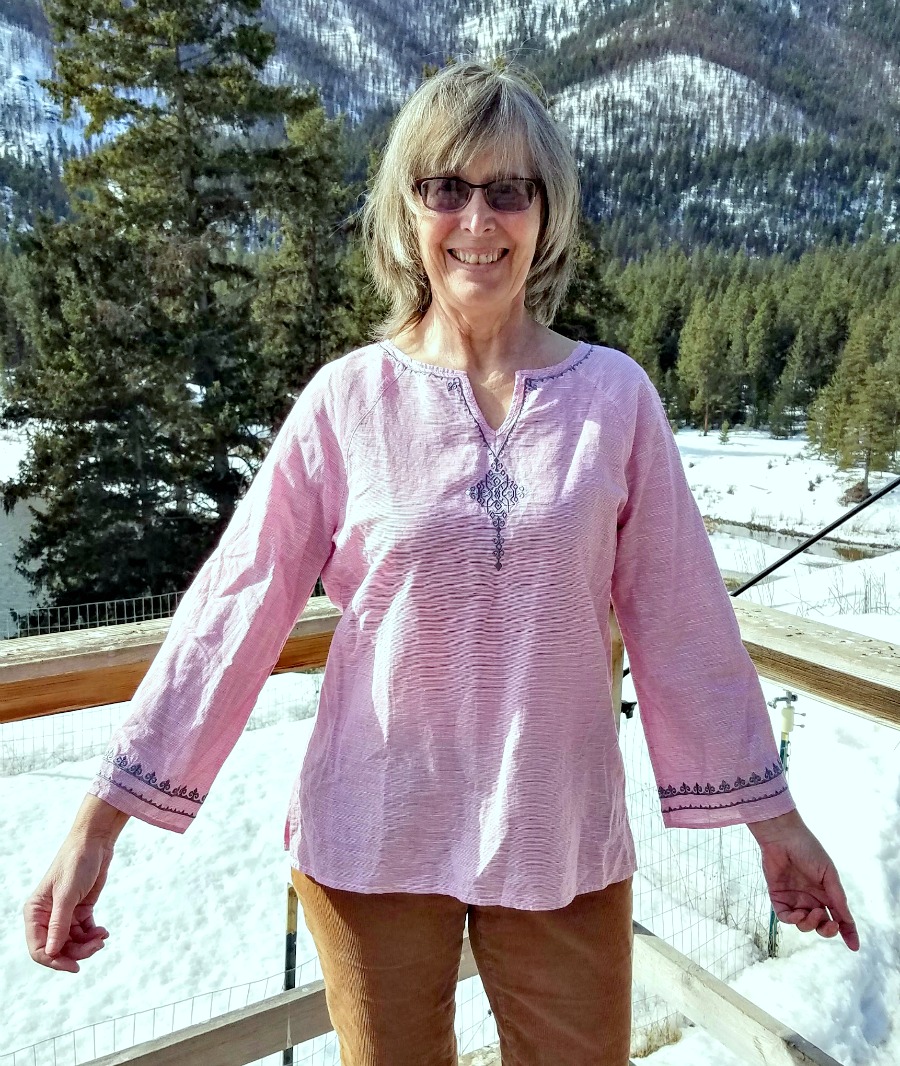 I rather liked this but the hubby made snarky comments so that was that. He also said it really didn’t do anything for me. It was a very soft material and very comfortable to wear. 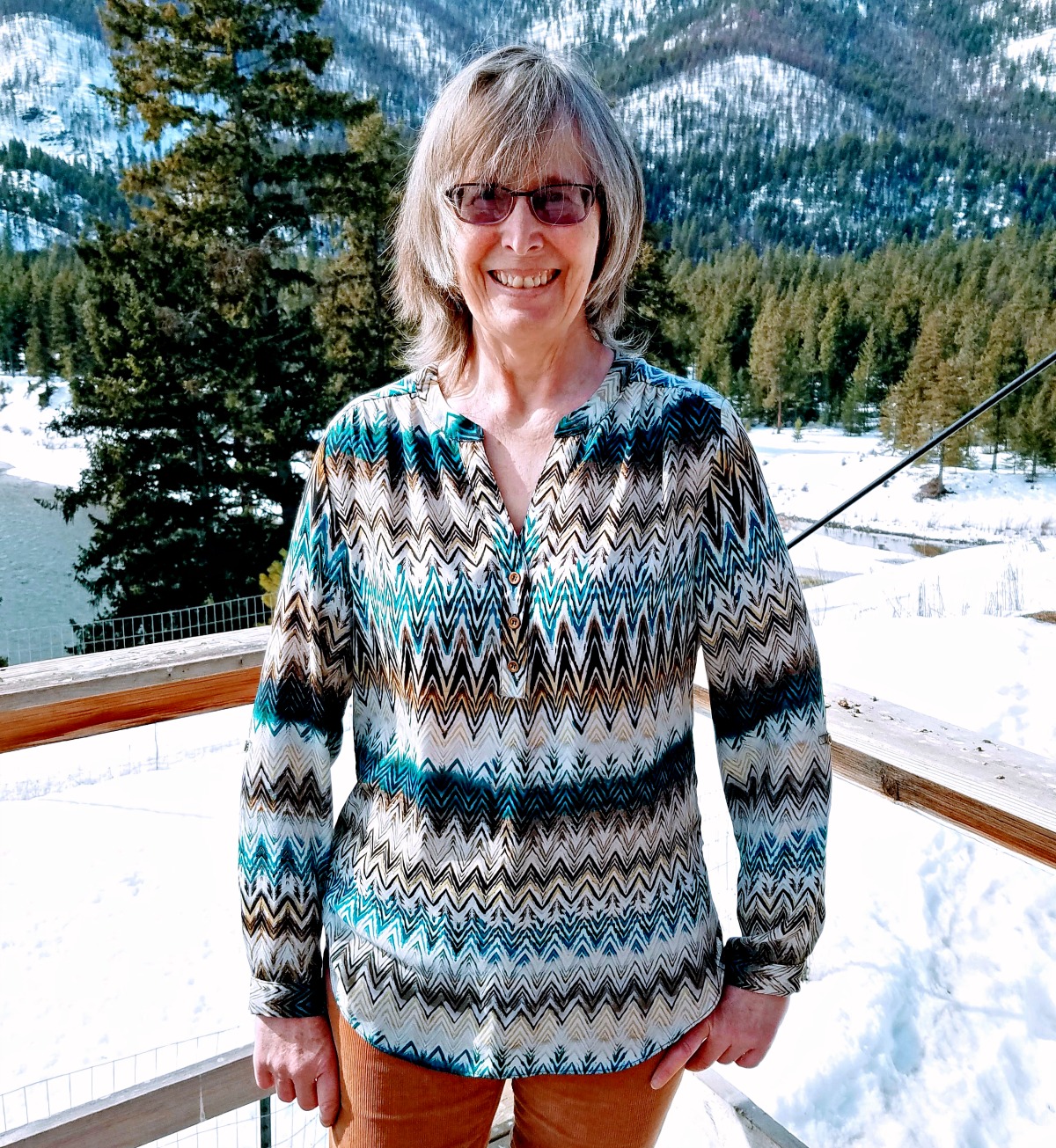 I will admit that in the box this blouse scared me. The pattern was…busy. I did not like it at all. Then I saw the photo of me wearing and it and I decided it wasn’t all that bad. I didn’t keep it because it was still more of a work type blouse and I don’t really need those kind of wardrobe pieces any longer. It did fit really well. The price for this blouse was $16.99 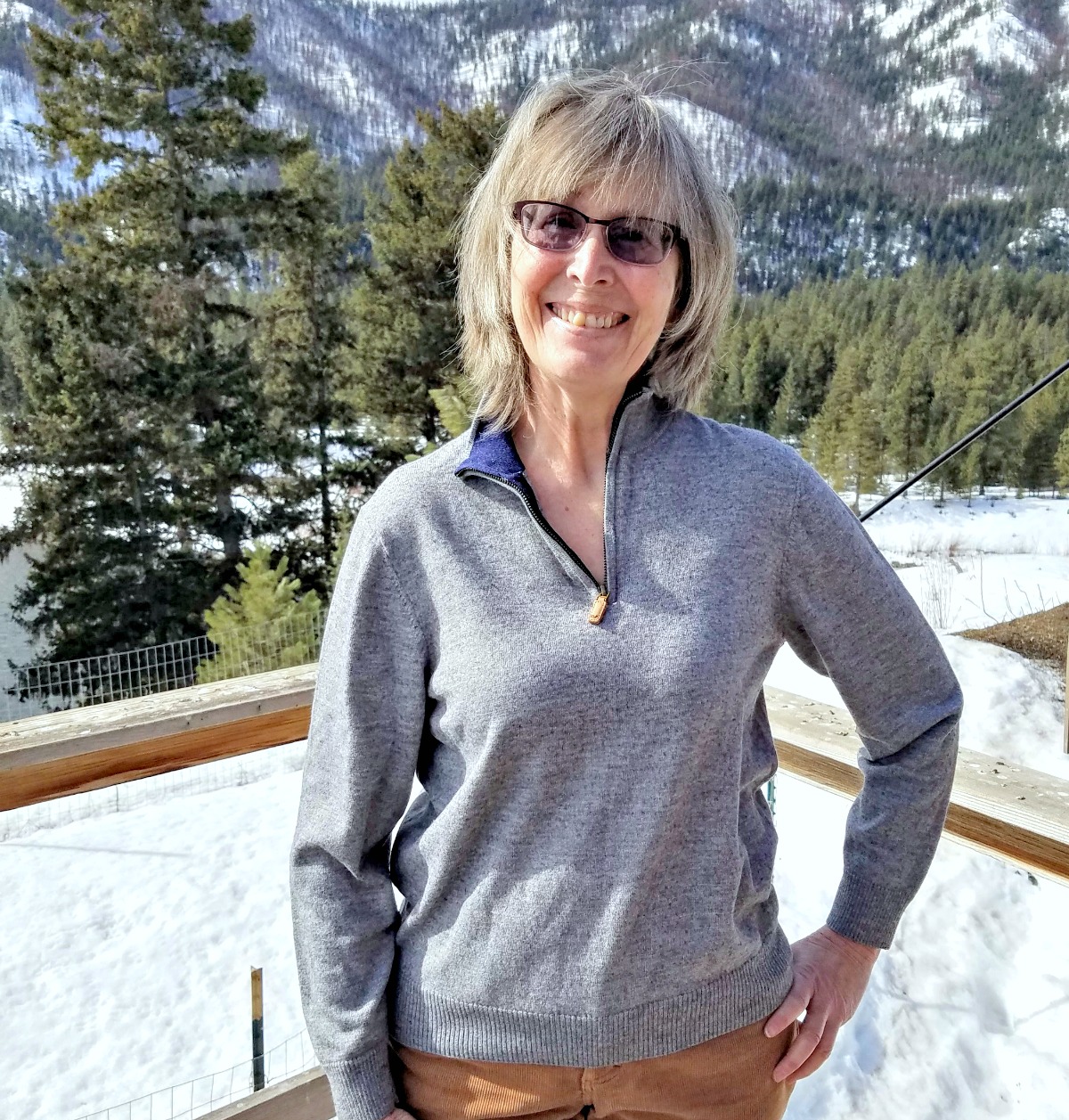 This was also cashmere, which I absolutely adore. It’s warm and it’s light so it makes for a perfect layer. I just don’t wear much grey and I don’t think it did anything for me. Although I liked the photo and cropped it down to make my new avatar for social media so that was a positive. The sweater was priced at $36.99 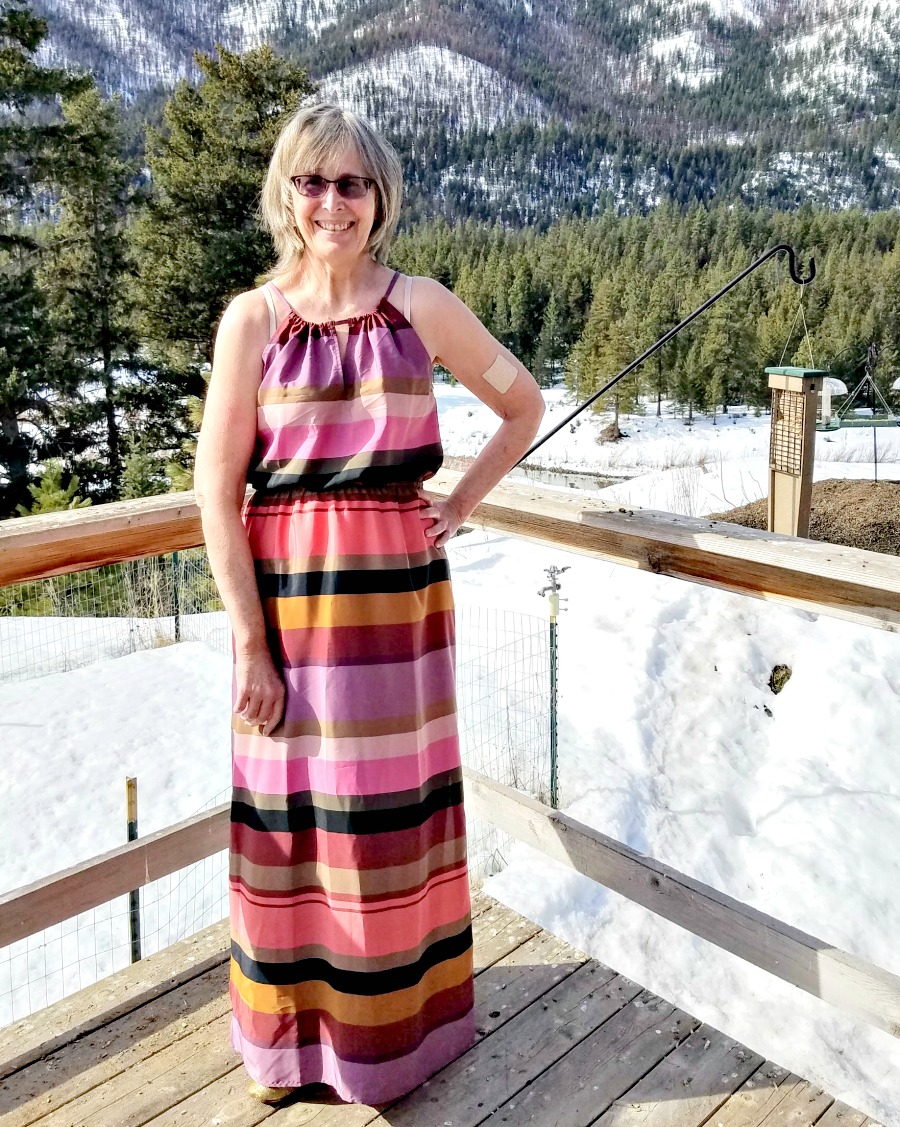 Do I have to tell you how cold I am in this photo? The dress obviously has no sleeves and it’s rayon. Brrrrrr. I was slightly torn with this as I did like how it looked on me but I really don’t like to buy clothes that are not natural fibers. I finally decided that it was going back. The price for this was $52.99

My Goody Box also included a Ralph Lauren jacket – not a blazer, an outerwear jacket – but the photo that the hubby took of me in it was all blurry so it was not usable. Overall this third box was my least favorite of the three that I have received. Oddly enough it was a box that contained a number of things that I had favorited. The boxes where they pulled things they thought I might like fared better.

I wonder if that means I don’t know what I like?!

Oh well, no matter what I do enjoy shopping at Thred Up and the Goody Boxes are a great way to try on clothes and make some new to you fashion finds. As a matter of fact, you can order a Goody Box that you fill with items of your choice! Just order the Create Your Own Goody Box! It’s simple – go to ThredUp.com then click on Goody Boxes (left side, under “Dressing Room”) and then choose your box. 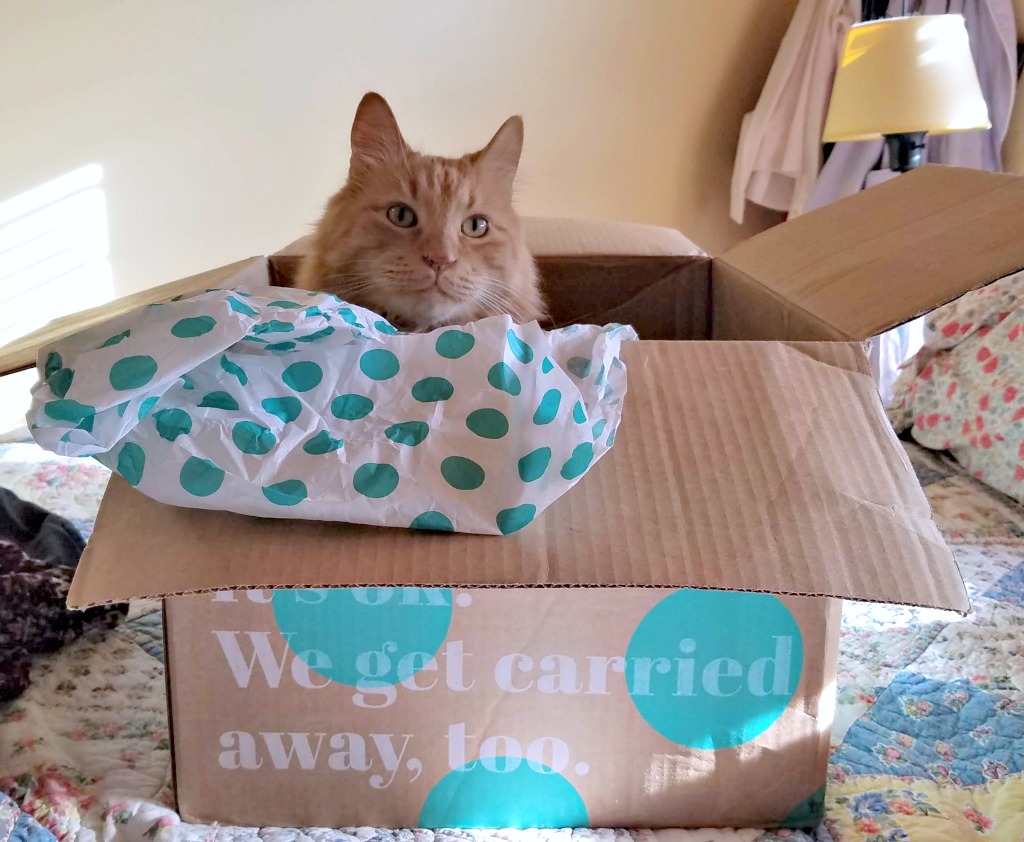