Learning How to Use Your New Pressure Cooker – with a Recipe

I will be the first to admit that the thoughts of pressure cooking scared me. In fact I avoided pressure canning for the longest time because of silly fears. Now I pull out my pressure canner every summer and go to town but it’s not something I could use to cook dinner as it’s aluminum. When the pressure cooker phenomenon exploded I was curious. I was approached by Living Well with Montel™ and offered a pressure cooker to review at no charge so now you and I are going to learn how to use a pressure cooker together. 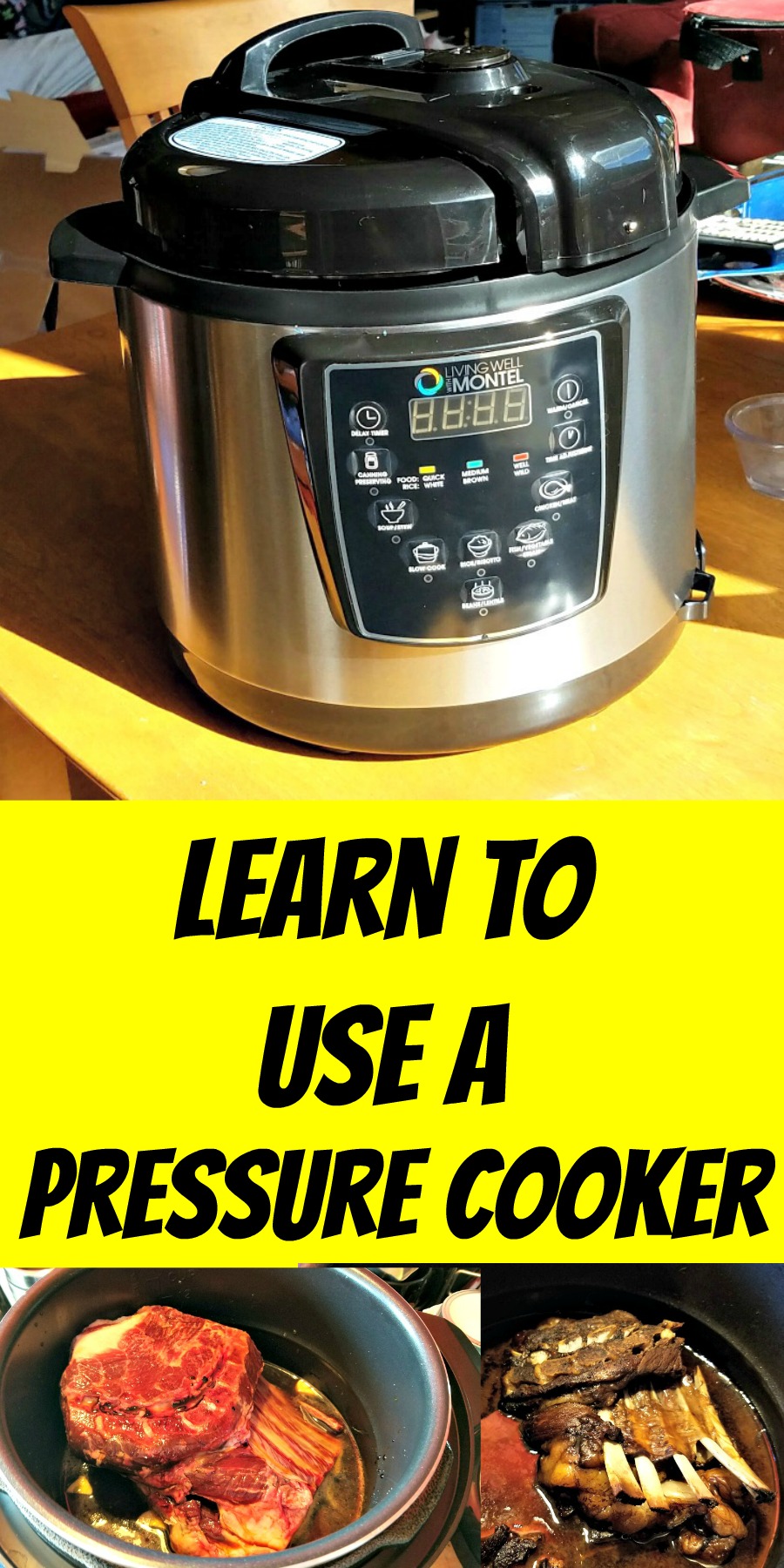 As I have only used pressure cooking as a canning method I thought I’d have a lot of reading to do but no – this unit from Living Well with Montel was pretty easy to figure out. The learning process is going to come as I cook various foods in it.  I did read through the instruction booklet to understand the basics but using the cooker is mostly pushing the correct button. The first thing I decided to make was rice. I figured something easy would be a good start. Into the cooker went 2 cups of sushi rich and 2 cups of water and in about 12 minutes I had the best sushi rice I had ever made.

I am not kidding.

It was sticky but not gummy which is an important distinction when it comes to sushi rice. The grains were still slightly chewy as they should be. It was perfect. I was duly impressed. It was time to try something else. On to dinner. 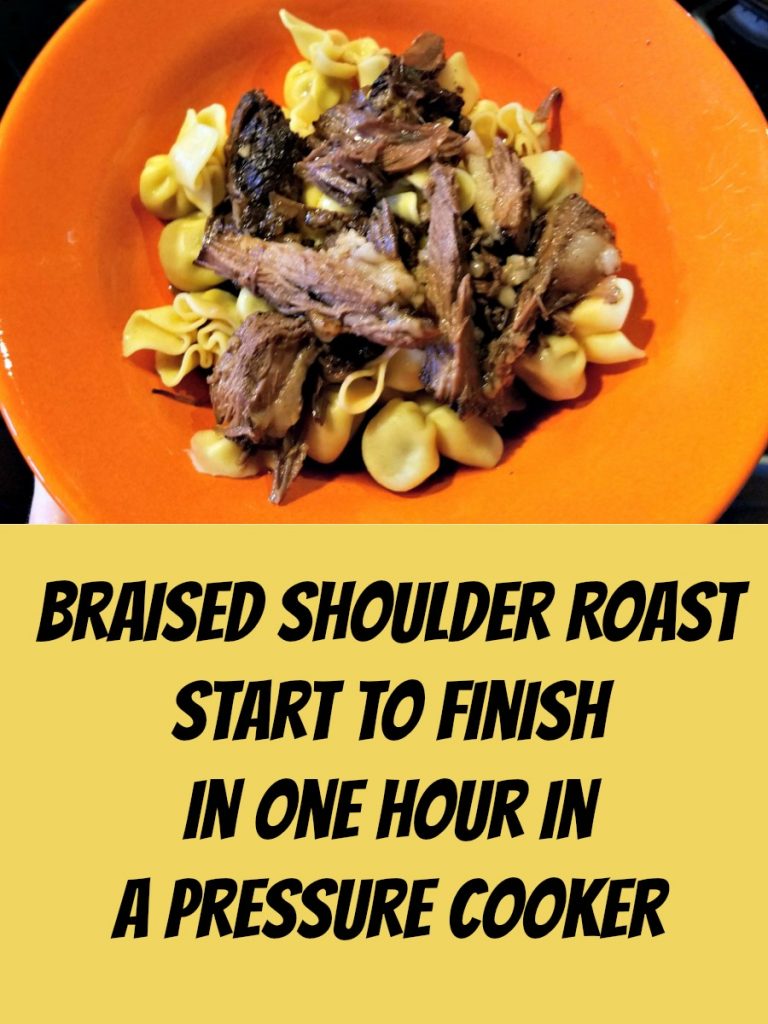 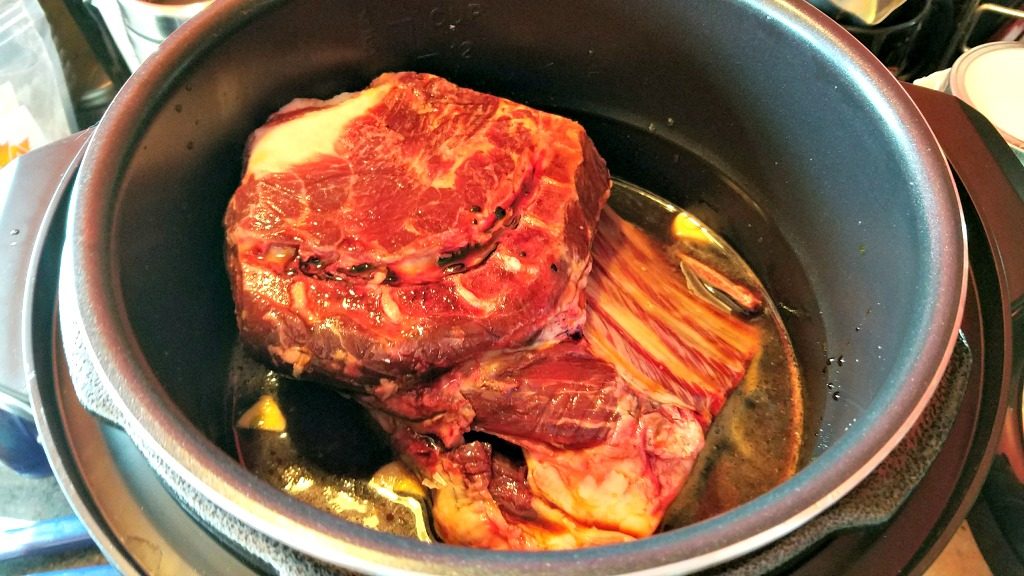 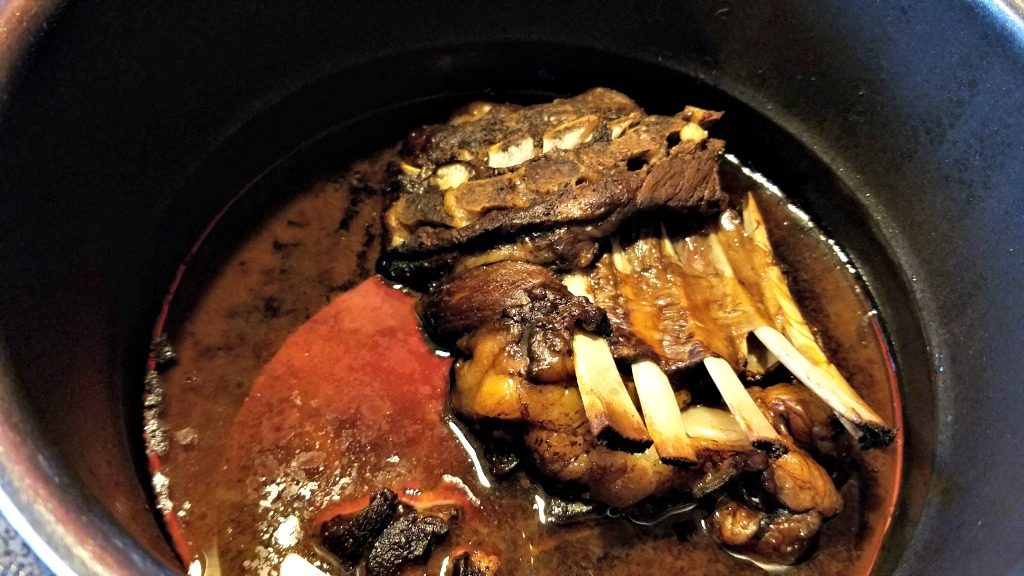 Cut the meat off of the bones and serve over rice, pasta or potatoes

Wow. I will note that I really wanted to test the machine so I put the roast in while it was still frozen. The house smelled like heaven while it was cooking. This is a braising liquid I have been using a lot lately to cook cuts of meat that are generally less tender and it’s really delicious. When I opened the pressure cooker the meat was falling off the bone tender and the flavors of the braising liquid had been infused into it. 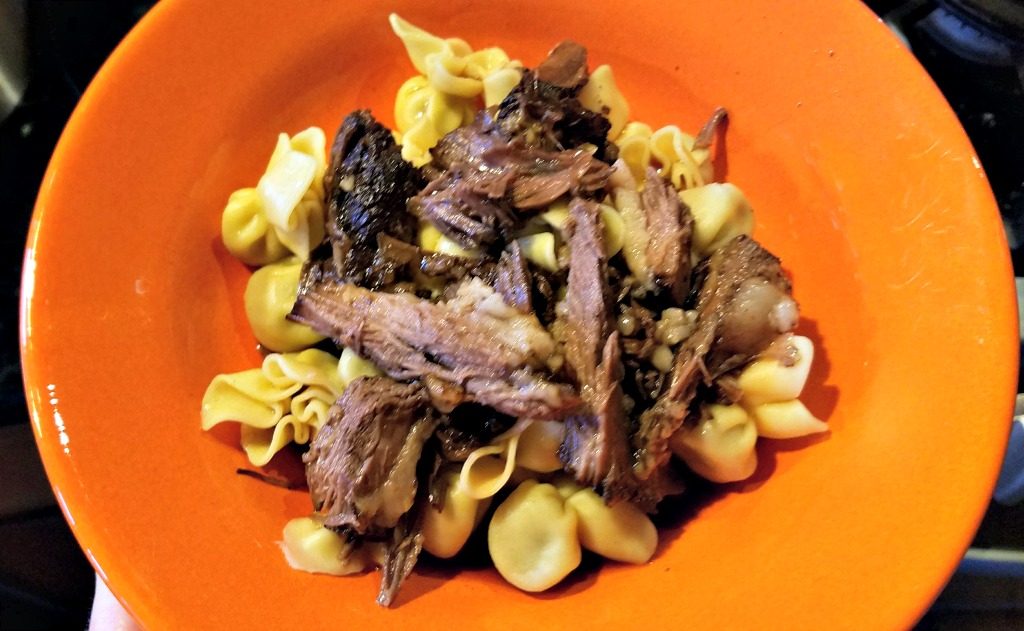 I served the meat over some pasta pockets I had in the refrigerator to make the meal easy. For flavoring simply pour some of the braising liquid over the dish. Do use a fat separating measuring cup* first. It was delicious.

I will be continuing my experiments and explorations with my new Living with Montel™ Pressure Cooker and I’ll be sure to share what I learn and what I make with you. The unit is priced at $99.99 and you can purchase it at Living with Montel along with many other products in the line. Shipping is free over $50

So stay tuned – who knows what will be pressure cooked next and what we will learn! Join with me and we can learn together.

*This purchase link is an affiliate link which means if you buy anything through it I will receive a small commission that helps to keep the Farm cats in toys and treats. 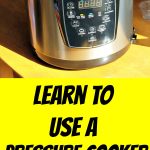