I would like to formally introduce the latest addition to the Farm cats – Fernando. I’ve been sharing all about him on Facebook and Instagram but I haven’t written his full story. Since it seems that he has chosen to stay with us, it’s time that I write about how he came to join the family. So read along and meet Fernando the Farm cat! 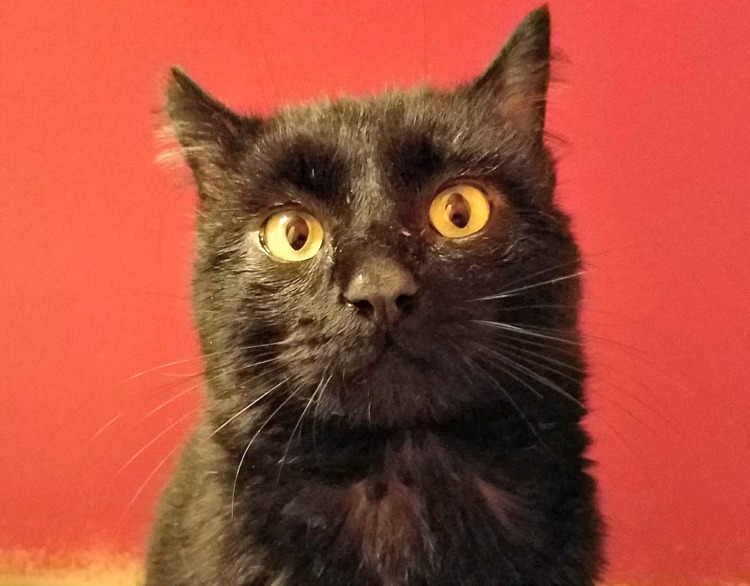 We have been feeding a feral cat for a while – it’s the cat we bought the outside shelter for so that it would have a nice warm, dry place to sleep. Every so often another cat showed up to eat what the feral cat didn’t. This new cat was a medium sized black cat that was quite friendly. He’d come over to be pet and he would purr and purr. One night I left the door to yurt open and in he ran! 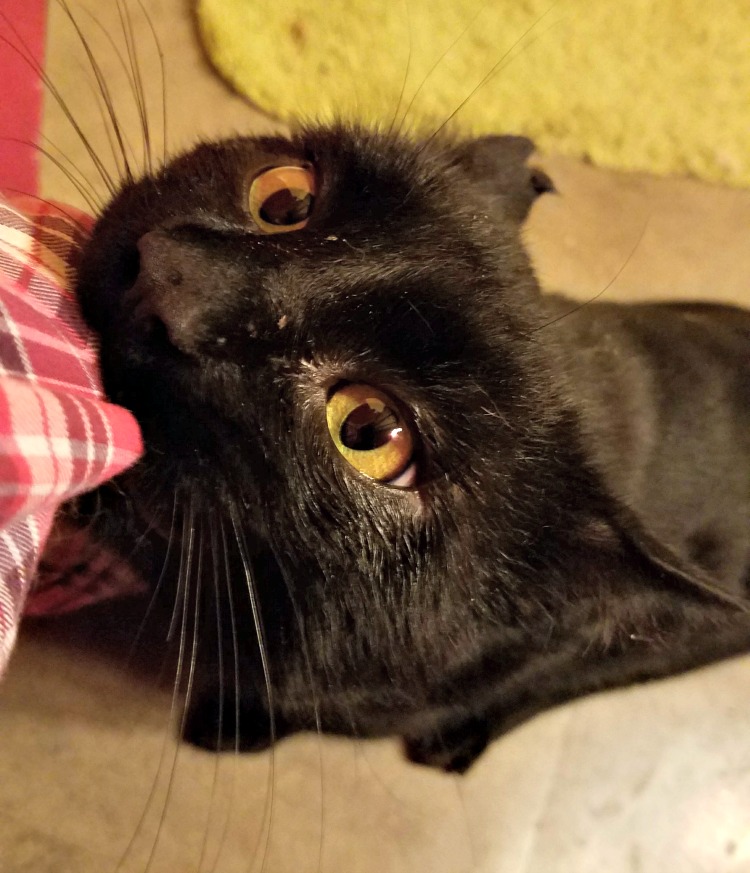 I quickly grabbed him up and put him in the bathroom. He was funny – he didn’t want me to leave him alone in there. He kept grabbing my shirt.

Time for the Doctor

We had to get him to the vet – he still had his pompoms which is just not good in an adult cat so the hubby took him down the next day. He was very lucky he came to us when he did because he had severe ear mites and a fever. There was something wrong with one toe and he had an abscess on a back leg. The vet gave him his shots, he had his pompoms removed and he came home with antibiotics. He was to go back in a week to see if the antibiotics did the trick on his abscess or if something more was needed. 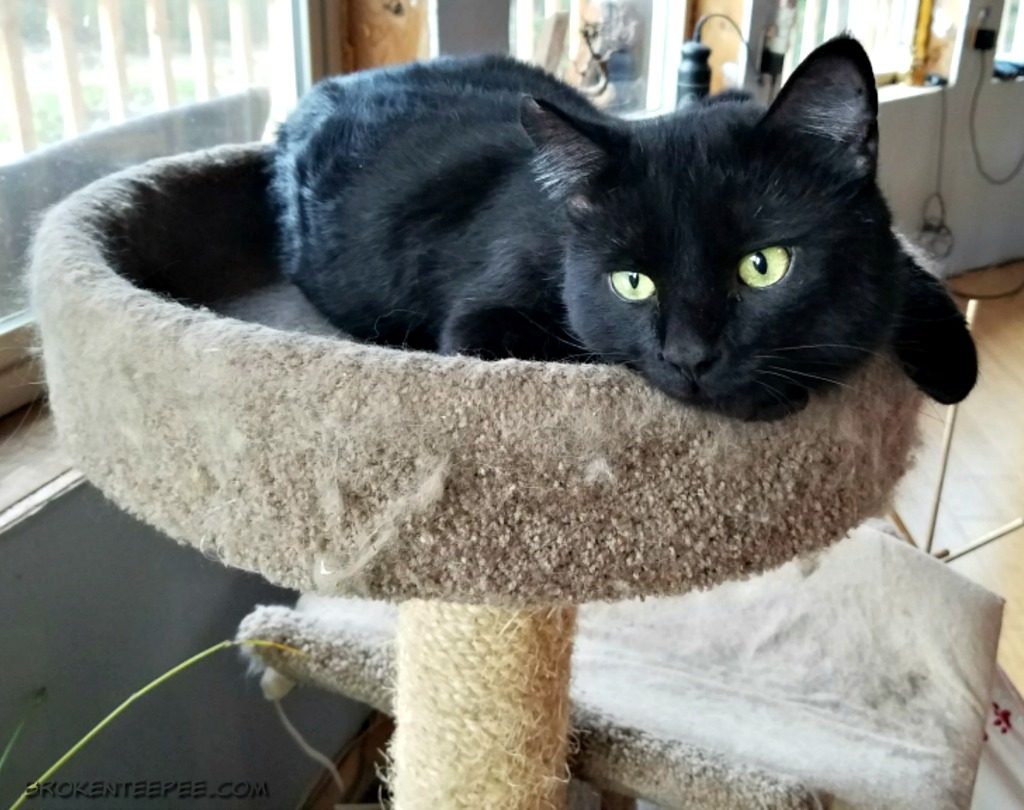 Well, his toe actually looked worse after he had a week of good food and rest so we were given the option of sending out a bit of lymph node for a biopsy and waiting to see if it was cancer or not before making any decision or just amputating his toe. The vet said that the toe would have to go no matter what and there was a huge price differential in breaking it up into two different operations ($900 vs. $500) so we decided to have the toe amputated.

Fernando – Why Do I Keep Losing Parts?

Poor little dude. He kept going for car rides and coming home with fewer parts. I’m sure he was regretting his decision to move in – no matter how good the food was! 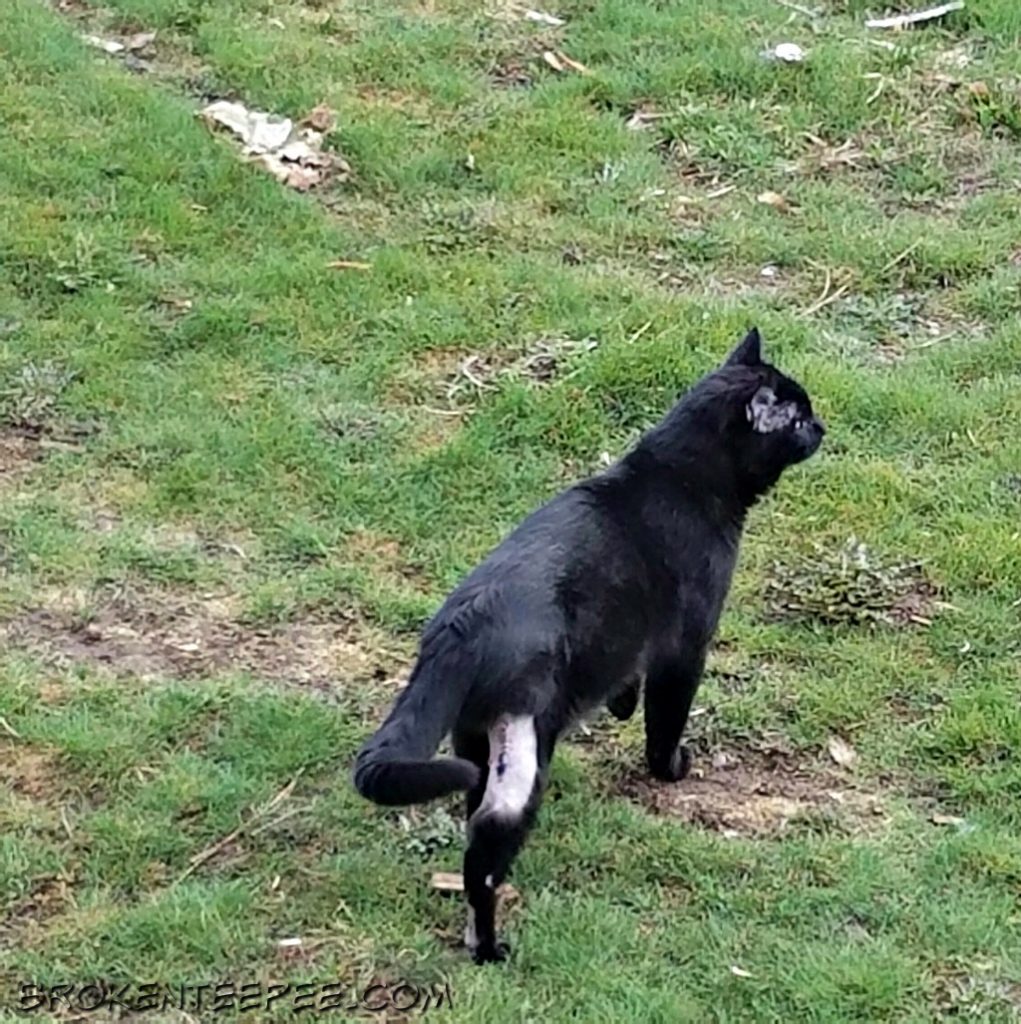 He recovered well and we just had to wait for the biopsy results – which fortunately showed no signs of cancer. We were very happy! Fernando is still a bit hairless on one leg but he doesn’t seem to miss the one toe he lost. From what the biopsy indicated he was either bitten and it got infected or he had a thorn or other object that got embedded and then infected. Either way he was lucky it was dealt with because it was a raging infection that could have ultimately killed him.

Soon he was well enough to go outside with the rest of the Farm cats and I held my breath: would he come back? We had done this before with a visitor cat. We fixed him, let him out, and he never came back. Would the same thing happen? The first day he went out and came back, the second day too. The third day – no Fernando. He was gone for three days so I figured that was it. 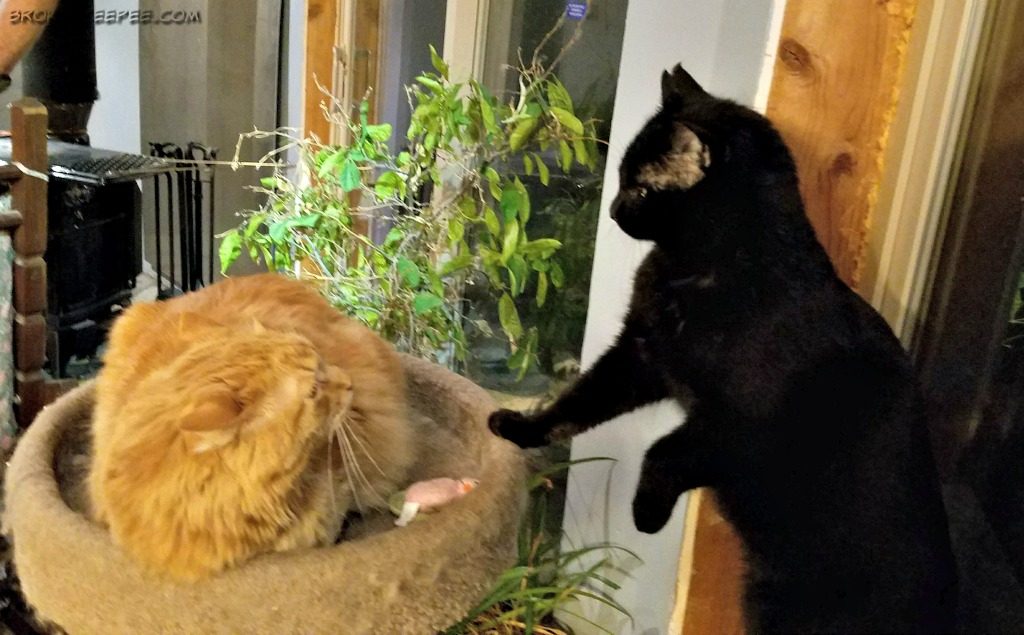 And then he was back.

He settled in and stayed for about a week and he left again. For three days. Then he came back and now he seems to be staying. Whether it’s because the hormones are finally dying down or because wherever he goes it’s not as good as it is here (besides Sherpa. They do not get along) I have no idea. But for now he just goes out and comes back just like the rest of the Farm cats. 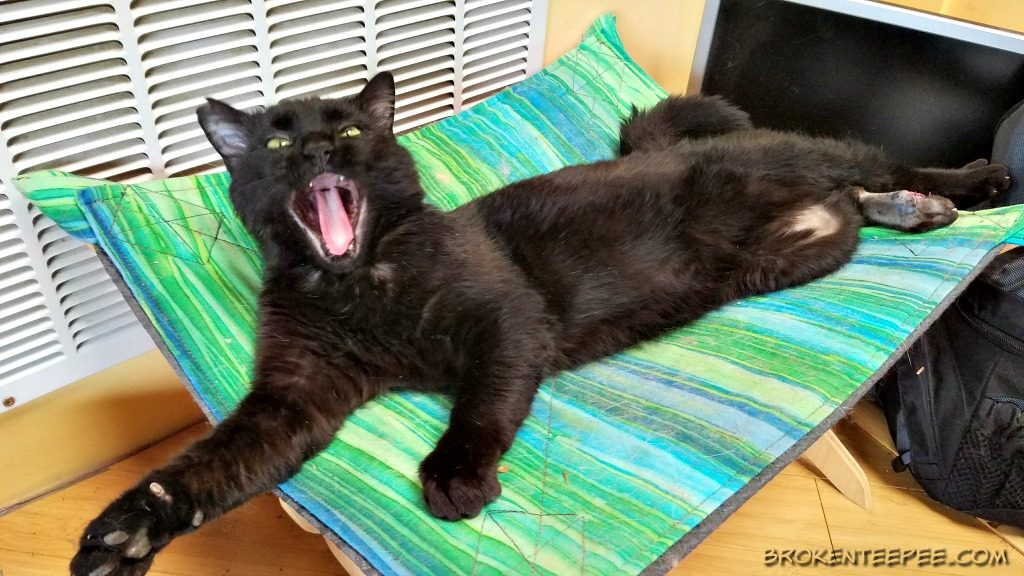 Doesn’t he look at home? He loves to lounge and he loves to talk. I can’t say that he’s a cuddle cat but he will tolerate being pet and being held. His disposition is calm and sweet. He has never tried to bite – unlike some cats  who will remain nameless. He doesn’t even put out his claws. Even when I had to give him medicine twice a day for a week.

Why is He Fernando?

I am sure you wonder at the name. Where in the devil did Fernando the Farm cat come from. I agree – it is most certainly a name most unlike any of the other Farm cats’ names. 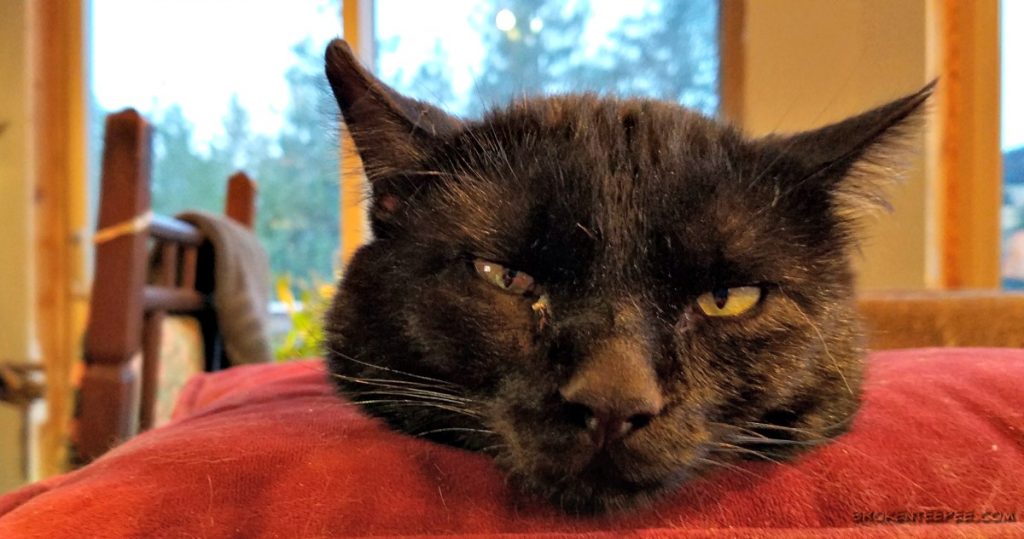 When I showed him for the first time on Facebook I mentioned that he had no name and friends started making suggestions. One said Fernando and it made me laugh. It’s as simple as that.

It made me laugh.

I think it makes the hubby laugh to hear me yelling “Fernaaaaaaaaando” out the door when I am calling him to come in.

So welcome Fernando the Farm cat to the blog. You will be seeing him now and then in posts. He is a photographic little guy. You can see more of him and all of the Farm cats in my Instagram feed. It gets updated several times a day with photos of the cats.

Set Up an Outside Pet Shelter