Winter Feral Cat Care- Setting Up an Outside Shelter

If you’ve been visiting the blog for any length of time you know I have cats. Many cats. The number jumped to five recently when Snowy the Farm cat was welcomed into the fold. All of the Farm cats are inside/outside cats and admittedly this time of year they spend most of their time inside, lying by the woodstove. The older they get the less they wander when they go out in the summer. They are very lucky cats – they don’t have to worry about what their life was like when they were feral or in a shelter and might have been in need of feral cat care like our new visitor cat. 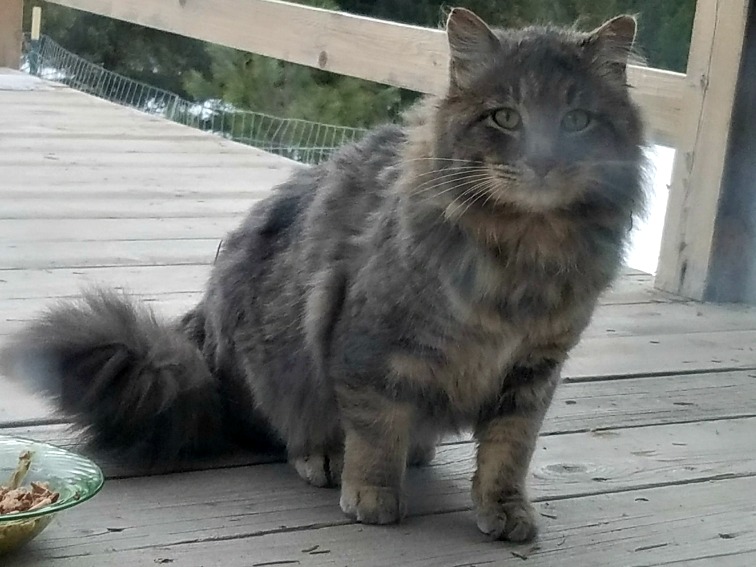 Recently there has been a grey, long haired kitty visiting the yurt. I thought at first it was a she but I was watching it out the window and it sprayed the front door (it was interacting with Stinky) so I now think it’s a he – I’ve never known a female to spray. If I’m wrong here please let me now. It’s not a large cat and it seems to be rather young. Sorry for the fuzzy photos – any pictures I have of him are taken through my door and it’s not exactly as clean as it could be. Ah-hem.

He is very, very skittish. I look at him too long and he runs away.

Every morning and every evening he is here meowing for food. He sits at the front door and he meows until I come out with his Fancy Feast. This little visitor is fussy, he does not like chicken – I have learned this. Nothing like a fussy feral. *sigh* I keep a bowl of kibble out for him so in case I’m late he won’t starve.

So we bought the kitty a cat hut. 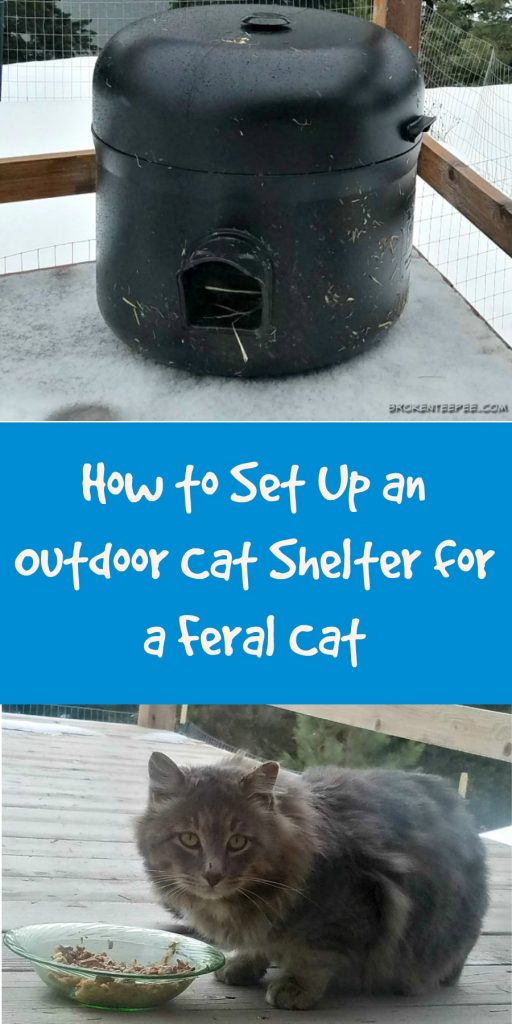 Putting the Cat Hut Together

It’s insulated and comes with straw to put in for bedding. I knew a friend who has one of these and she said it’s great. She said her feral just loves it so I ordered one. It came pretty quickly and the hubby put it together.

He took it out of the box and opened it up. Inside were limited instructions but there was a website with further video instructions. Hubby said the video was good and made it easy to put it together.

The insulation came out so the little door could go on. 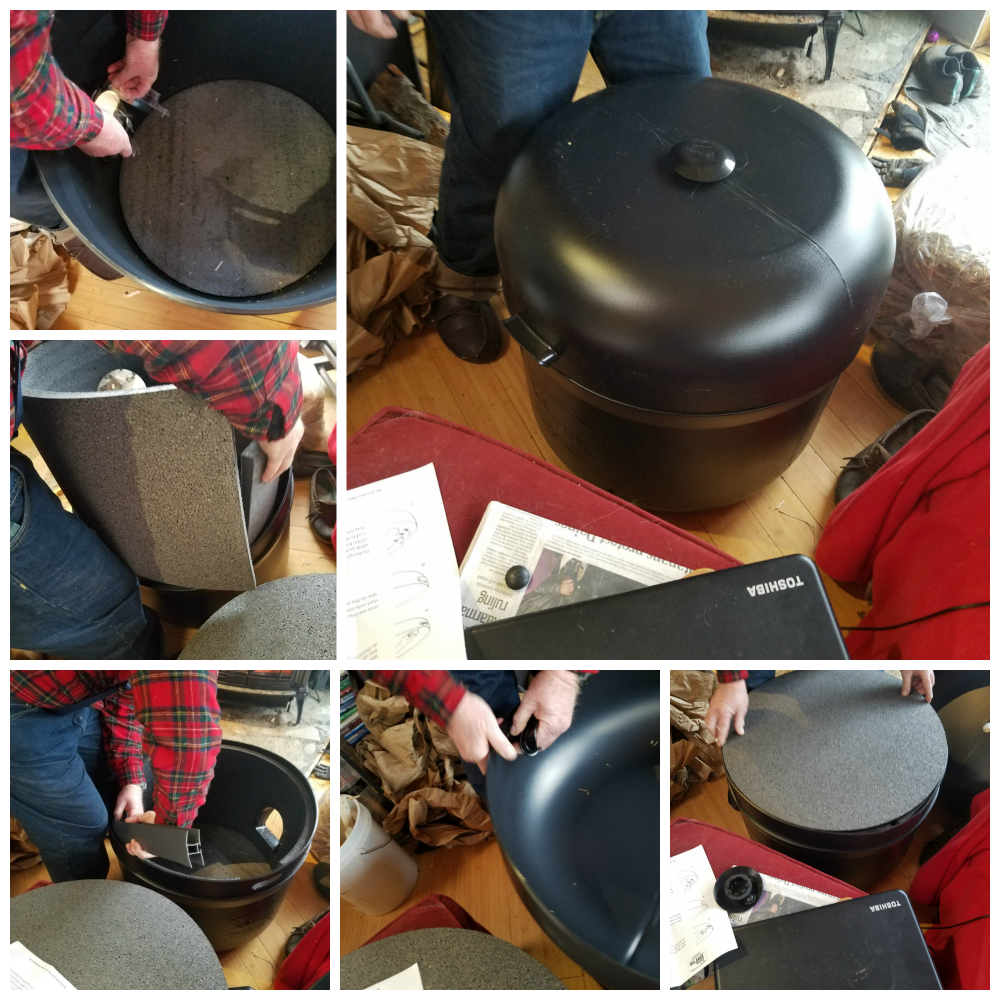 Then the insulation goes back in and is locked in with a strip. Next the adjusters – for lack of a better name –  are put on so you can close off the vents if needed. After that the top round of insulation is put in place and then the lid.

The hubby started to add the straw but I strongly suggested this was best done outdoors. Then we put it in the corner of the deck and hoped for the best. You can lead a cat to shelter as they say…. I did sprinkle some catnip in with the straw. Someone suggested that as a way to draw the cat in. I don’t know if it made the difference or not but it certainly couldn’t have hurt. 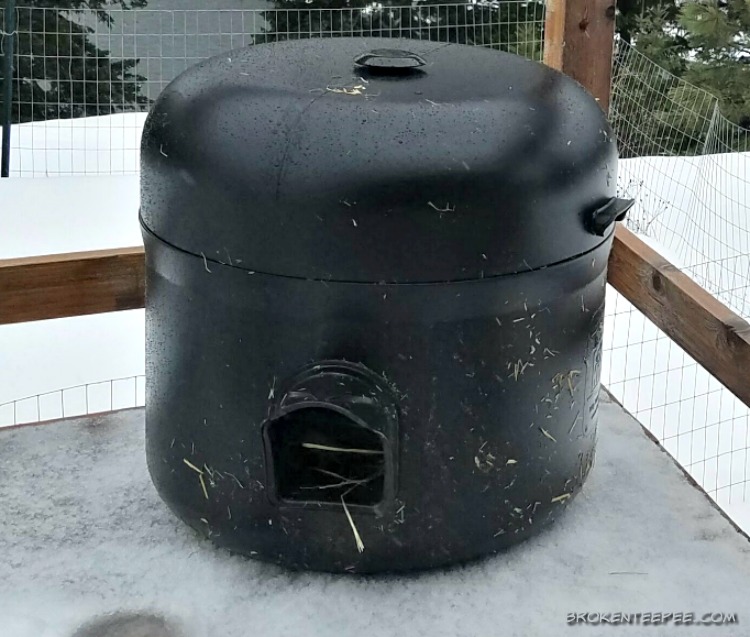 It took a couple of days but one morning the hubby went out to get wood for the stove and he said Kitty (that is what we call the cat) came out of the hut! I’ve seen him go in and come out of it several times since then. I’m so glad he’s using it. 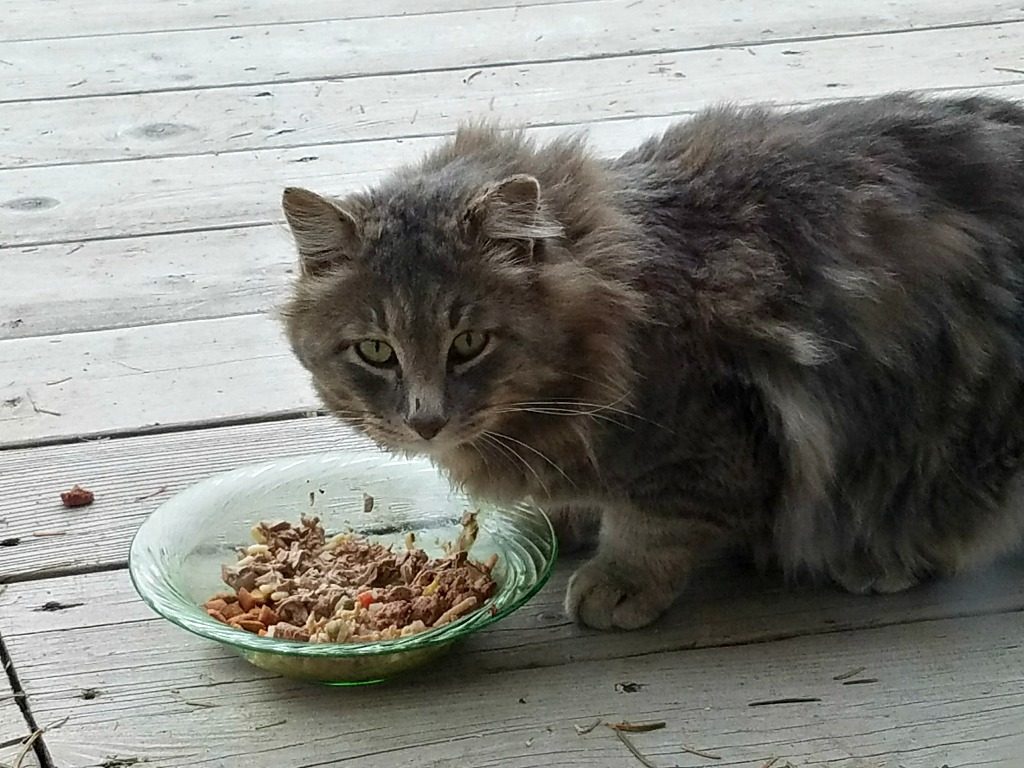 Kitty and Snowy seem to be great friends so I don’t know if they knew each other before or just like to play but it’s fun to watch them running about in the yard. Snowy also eats Kitty’s food despite having plenty to eat inside. Harry on the other paw would like to chase Kitty off the deck, off the lot and out of the state I believe. Crazy cat. I don’t know that Kitty will ever become an inside cat – he’s just too feral but I’ll keep feeding him and making sure he has a safe place to sleep.

Any purchase links are affiliate links which means if you buy through one I make a small commission which helps to keep the Farm cats in toys and treats.